HERMON - Saturday afternoon at Hermon High School, the No. 2 Hermon Hawks knocked of the defending state champion Brewer Witches 5-0 behind a complete game shutout from Garrett Trask in a Class B North semifinal contest. 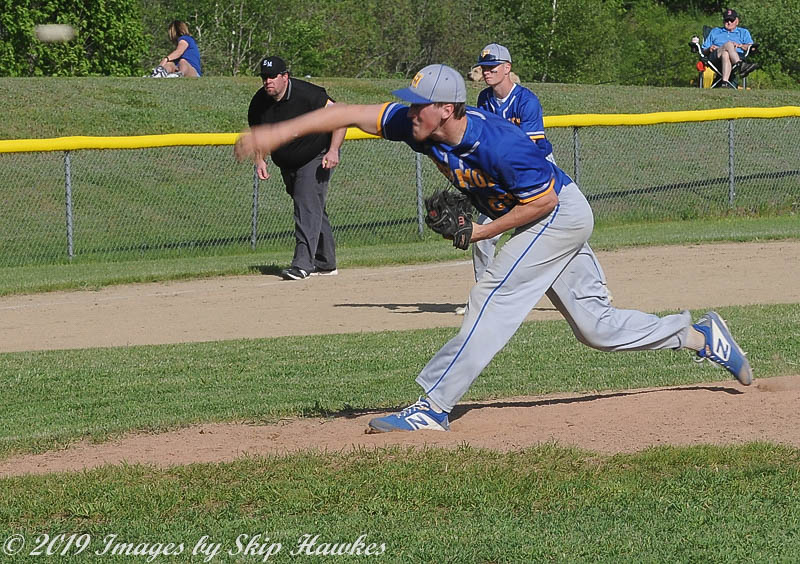 Hermon's Garrett Trask delivers a strikeout pitch in the seventh inning of the Class B North semifinal game against Brewer Saturday in Hermon. The Hawks won the game 5-0. (Photo by Skip Hawkes)

Trask (5-0) pitched all seven innings scattering just three hits for the win. He struck out three and walked three.

With the victory, Hermon (17-1) advances to the Class B Regional championship game on Tuesday, June 11 at Mansfield Stadium. The Hawks will take on No. 1 Ellsworth (17-1) at 3:00 p.m. Hermon's only regular season loss was a 7-1 defeat to Ellsworth. 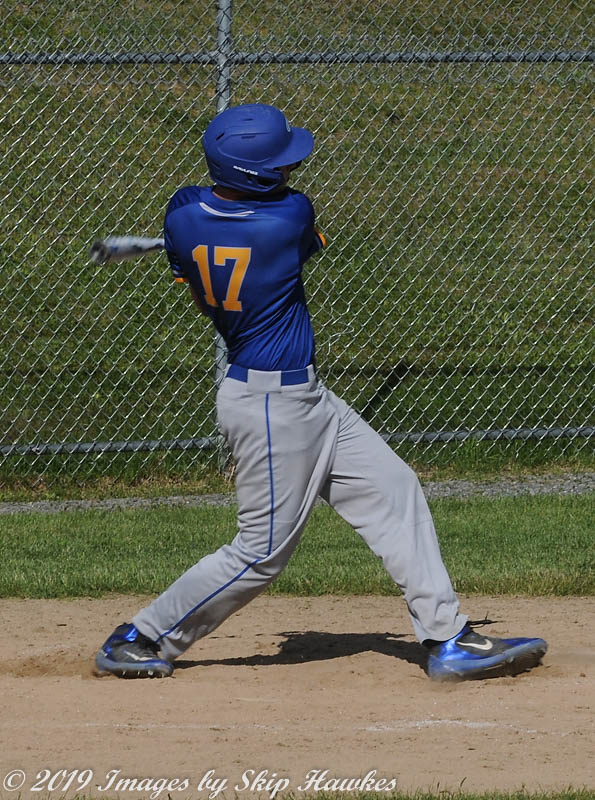 Hermon's Eli Reed puts the ball in play in the fourth inning good for a 2-run single. (Photo by Skip Hawkes)

Hermon scored all five runs in the fourth inning. Senior catcher Adam Rush drove in the first run of the game with a base hit, one of six Hawks hits during the inning. Sophomore Eli Reed added a 2-run single in the inning, and Hermon was aided by three Brewer errors. 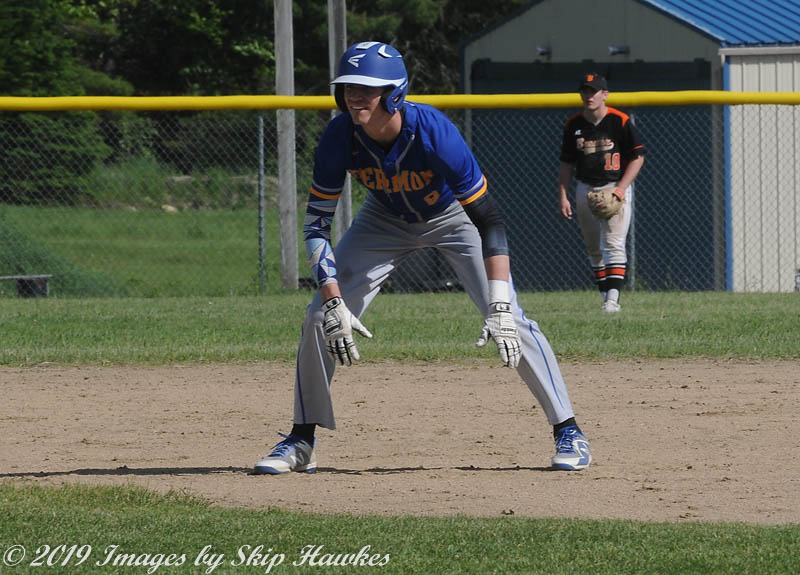 Hermon's Wyatt Gogan takes a lead off second base after reaching on one of his two doubles in the game. (Photo by Skip Hawkes)

Hermon had 10 hits from seven different players in the game. Wyatt Gogan with two doubles and River Mullen with two singles led the offensive attack for the Hawks. 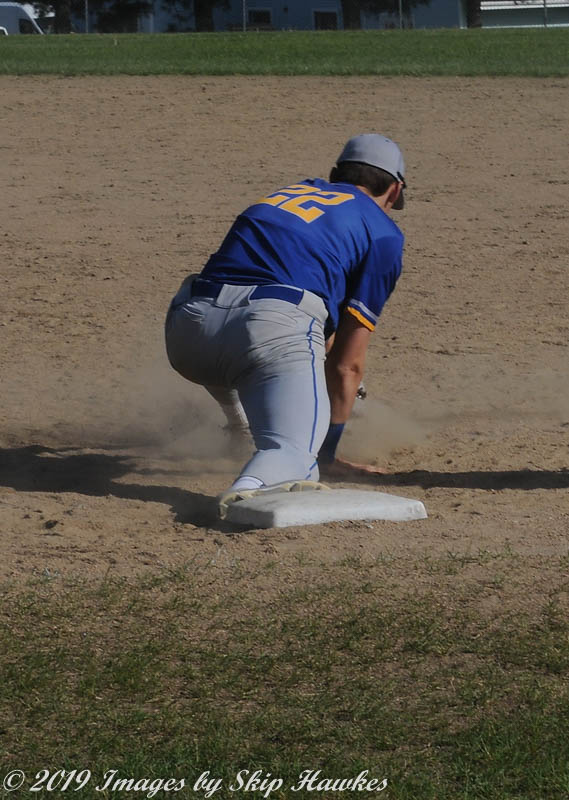 Hermon's Cody Hawes stretches for the ball at first base. (Photo by Skip Hawkes) 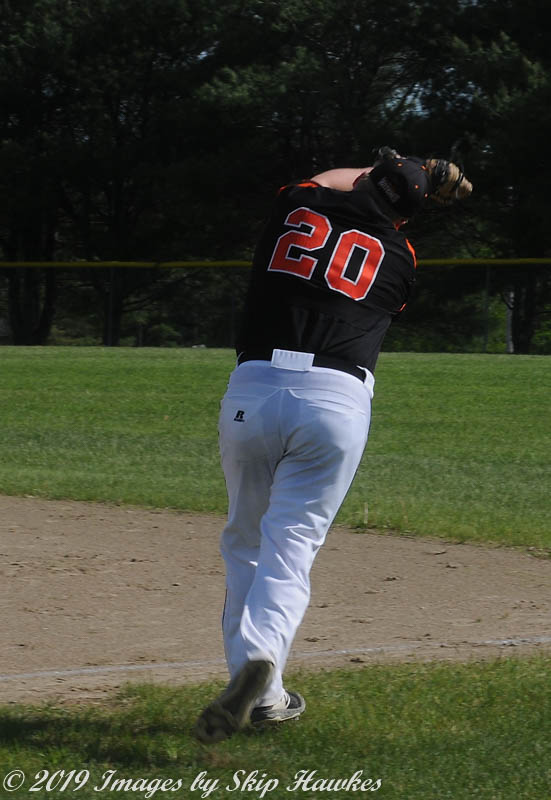 Brewer's Zach Steiger chases down a pop fly late in the game. (Photo by Skip Hawkes)