HAMPDEN - After winning two regular season games, it looked like the girls from Dr. Lewis S. Libby school in Milford might not make it a clean sweep over the Lady Chargers from Glenburn after trailing by six points at half time. Milford was able to out score Glenburn 22-13 over the second half to come away with a 40-37 victory to win the Penobscot Valley Middle League girls "A" division championship at The Stable inside Hampden Academy on Tuesday night. 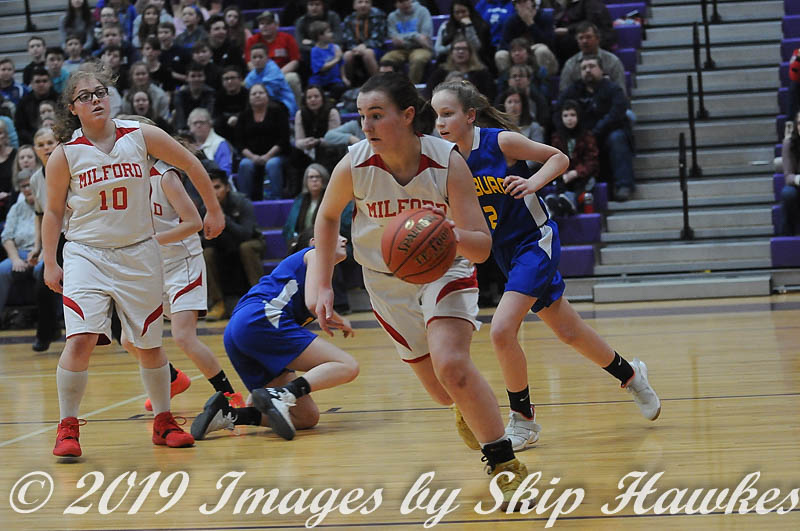 Milford's Gabby Cody (with ball) clears out a rebound during the girls PVML "A" Division championship game in Hampden on Tuesday. Milford defeated Glenburn 40-37 in the game. (Photo by Skip Hawkes)

Glenburn opened up an 8-2 lead mid way through the first quarter, and topped the Wildcats 11-5 at the buzzer ending the period. Both teams played to a 13-13 tie in the second quarter, leaving the Chargers holding a 24-18 six point lead at the half time break. 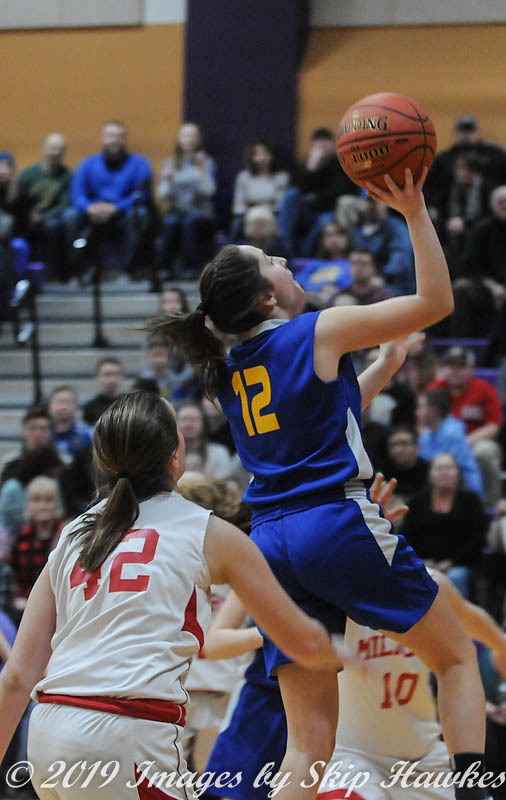 Glenburn's Kacey Gardner (12) puts up a shot in front of Milford's Gabby Cody during the first half. (Photo by Skip Hawkes)

Things began to turn around for the Wildcats in the third period after a 5-0 run with 6:52 remaining in the quarter to cut the Glenburn lead to 24-23, and Milford too the lead at 26-24 on a 3-point basket by Hillary Whitmore with 6:25 to play in the period. The Chargers tied the game at 28-28 with 4:37 remaining, but Milford pulled away to take a 33-32 lead heading into the final period. 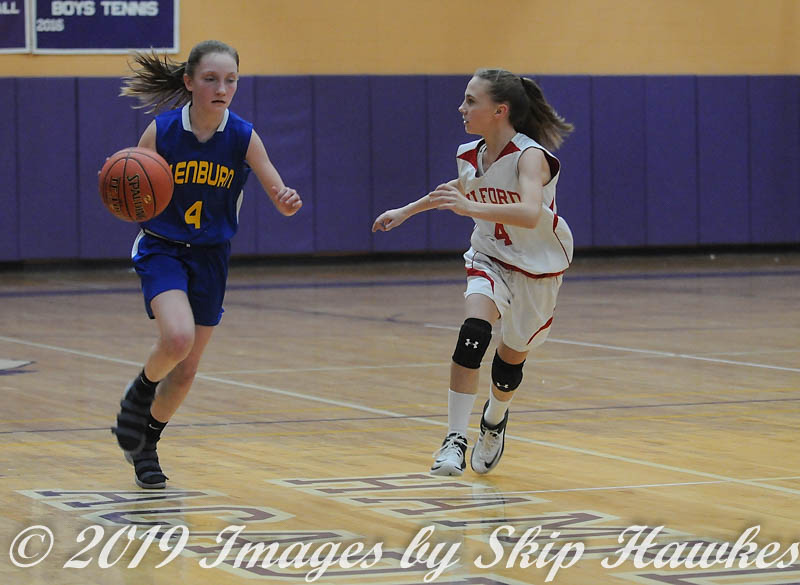 Glenburn's Lucy Wiles (4) brings the ball up court while being guarded by Milford's Emma LaBelle. (Photo by Skip Hawkes)

Milford took a 37-35 lead with 5:40 to play, but Glenburn tied the game at 37-37 just under one minute later. The Wildcats took the lead back 39-37 with 2:52 to play, and after adding a free throw for the final point of the game they were able to hold off the Chargers for the 3-point victory.

Milford had four 3-point baskets, three by Whitmore and one by Cody, and they went 10-for-17 (59 percent) from the charity stripe. 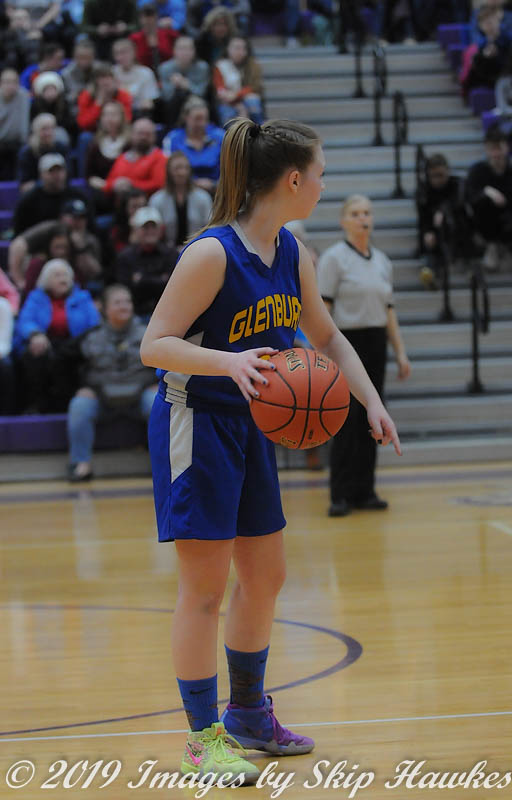 Glenburn's Sadie Campbell directs traffic during the first half. (Photo by Skip Hawkes)

Glenburn had one 3-point basket by Campbell, and they went 4-for-8 (50 percent) from the free throw line.