The Hermon Hawks broke open a 4-point half time lead with a 17-4 third quarter, which included a 13-0 run, to lead Hermon to a 59-48 win over Mattanawcook Academy at Hermon High School on Saturday night. 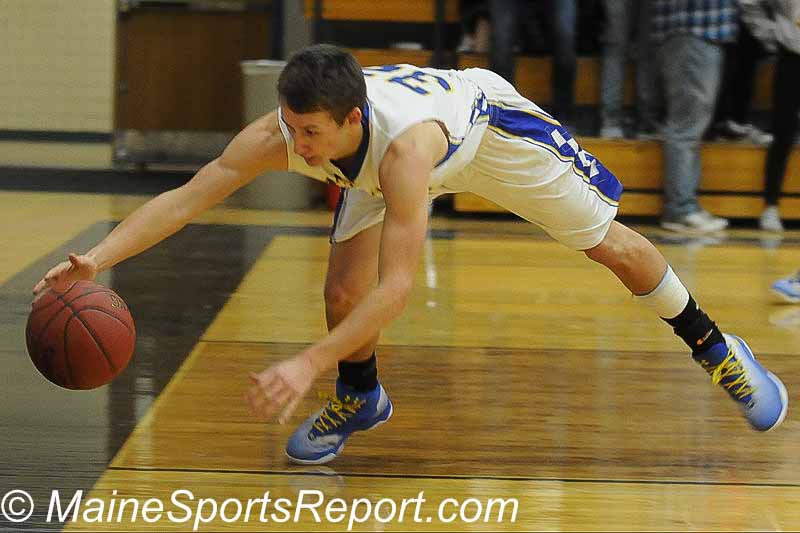 Hermon's Jordan Bishop tries to save a ball from going out of bounds during the second half. (Photo by Skip Hawkes)

Hermon took a 13-11 first quarter lead on an Isaac Varney 3-point basket at the buzzer, and held onto the lead at the half time break 26-22. 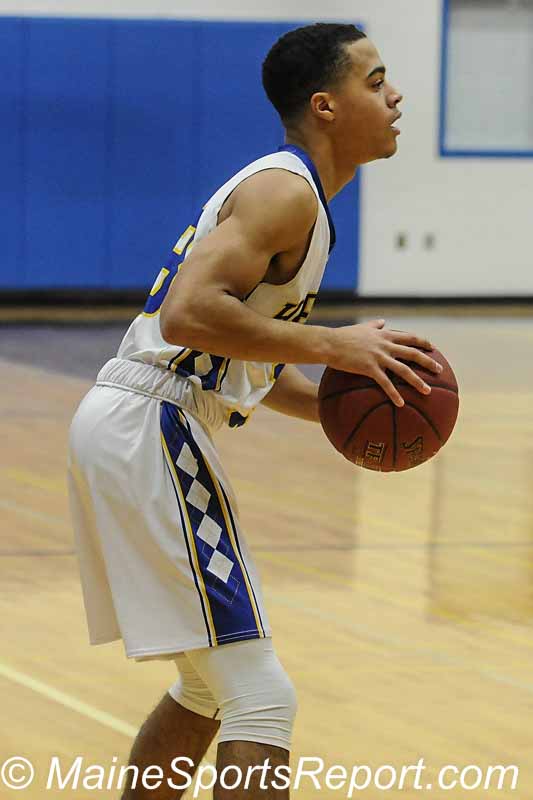 Hermon's Keenan Marseille takes a look over the floor before passing the ball. (Photo by Skip Hawkes)

The Hawks had seven 3-point baskets, three by Marseille, two from Hawes, and one each by Varney and Trask. They went 10-for-24 (42 %) from the free throw line. 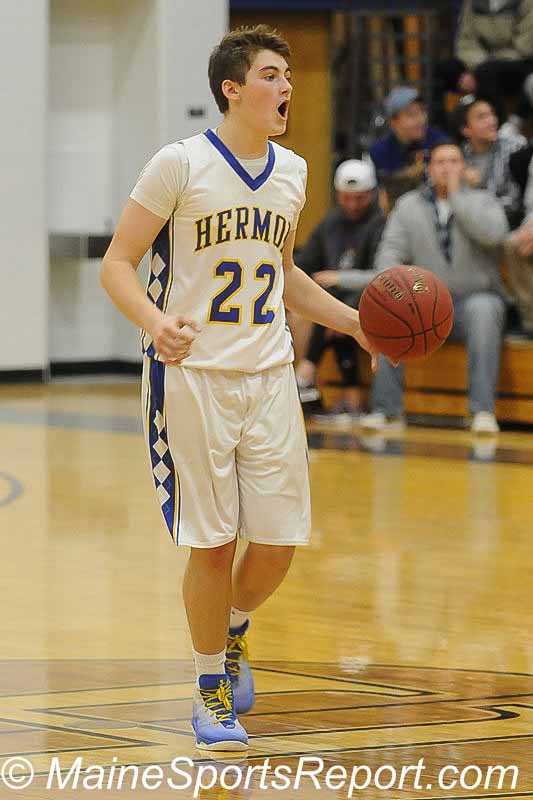 Mattanawcook was led in scoring by Carter Ward with a game high 15, Alex Brown with 14, and Jordan Hanscom with 12 points. Logan Thompson scored five points, and Nate Ring chipped in with two points. 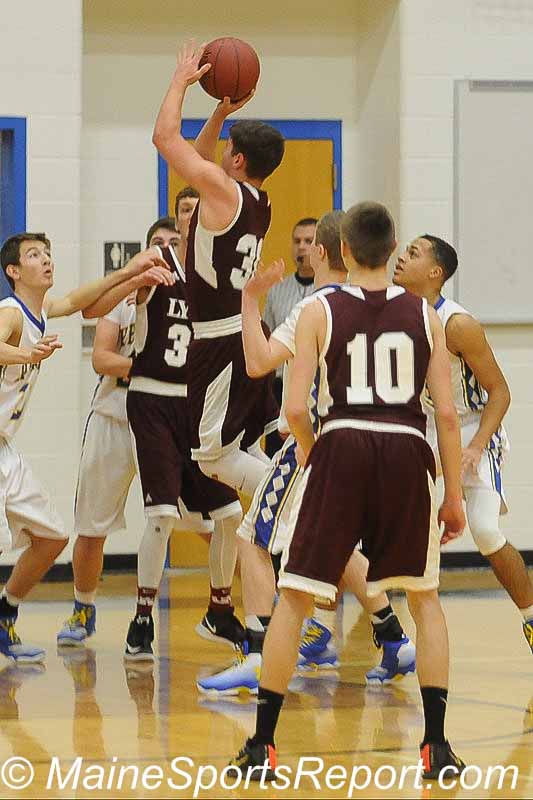 The Lynx had four 3-point baskets, two by Ward and one each by Brown and Thompson. They went just 8-for-22 (36%) from the charity stripe. 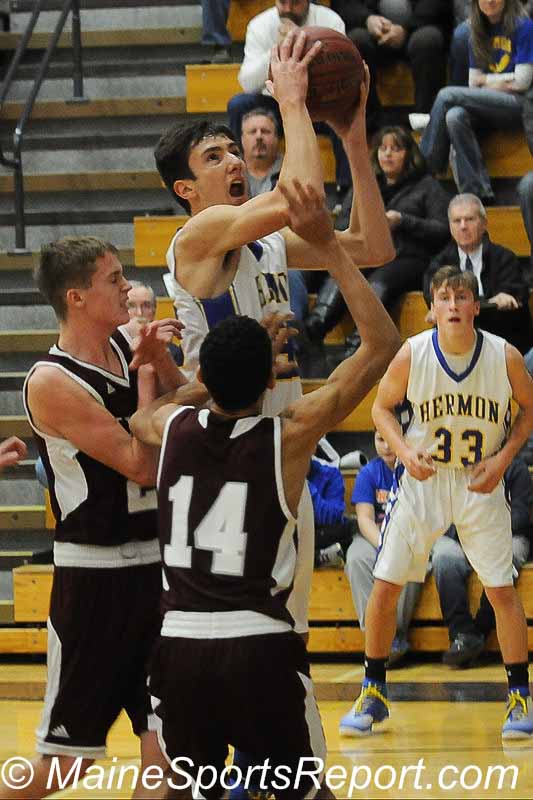 Hermon's Isaac Varney (with ball) puts up a shot during the first half. (Photo by Skip Hawkes) 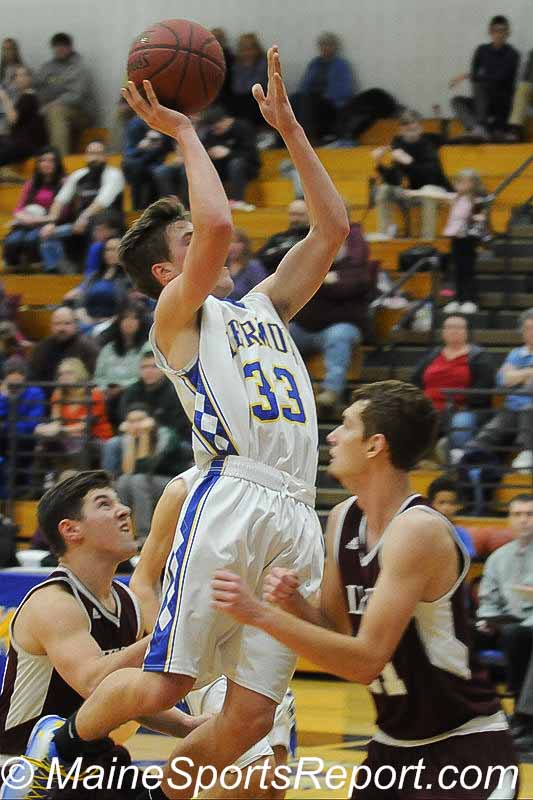 Hermon's Garrett Trask (33) gets up for a shot between two Lynx defenders. (Photo by Skip Hawkes)