In the varsity boys game, freshman Isaac Varney, last week's Big East Conference Player of the Week, led Hermon to a convincing 57-48 win over host John Bapst in the third game of the day between the two schools at the Cross Insurance Center in Bangor. 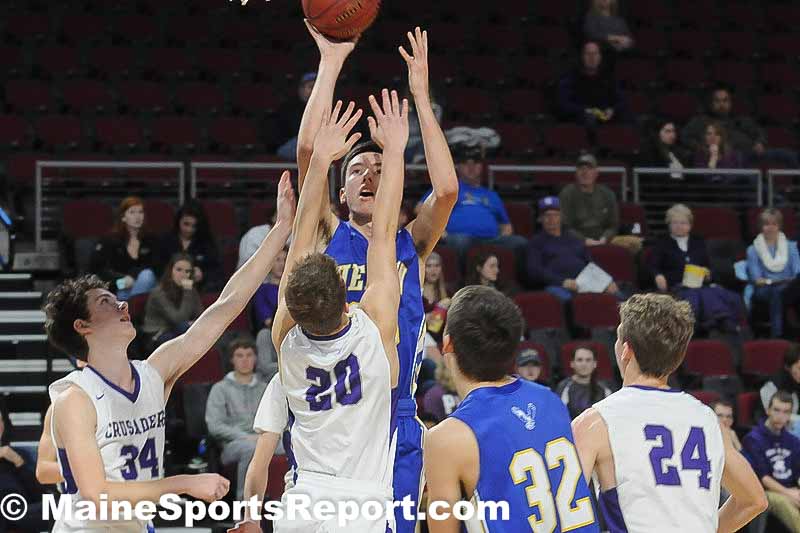 Hermon's Isaac Varney (rear) gets up high for a shot over John Bapst defenders Nick Lakenan (20) and James Butler during the varsity boys game at the Cross Center on Friday night. Hermon won the game 57-48. (Photo by Skip Hawkes)

Hermon took a 20-7 lead to open the game and held a 30-21 halftime advantage. In the third quarter, Bapst battled hard, outscoring the Hawks 15-8 to close the deficit to 2-points, 38-36, heading into the final stanza.

John Bapst battled back to take a 40-38 lead with 4.24 left in the game before the Hawkes took over the game with a 19-8 run to close out the contest. 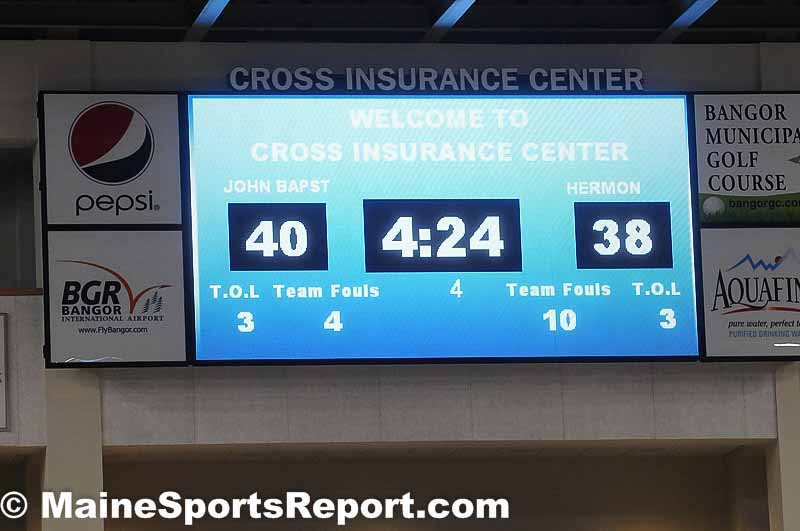 Scoreboard at the Cross Insurance Center  (Photo by Skip Hawkes)

Hermon shot a very impressive 21-of-23 (91 percent) from the free throw line. They knocked down two 3-point baskets, one each from Marseille and Trask. 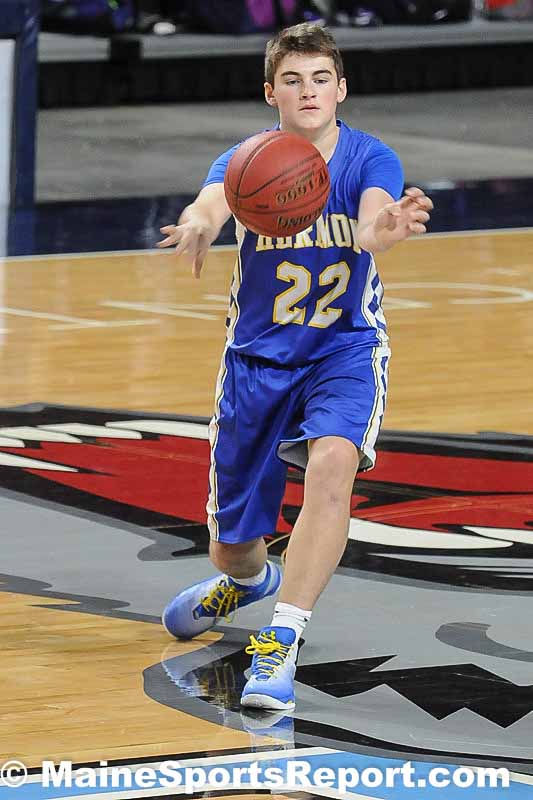 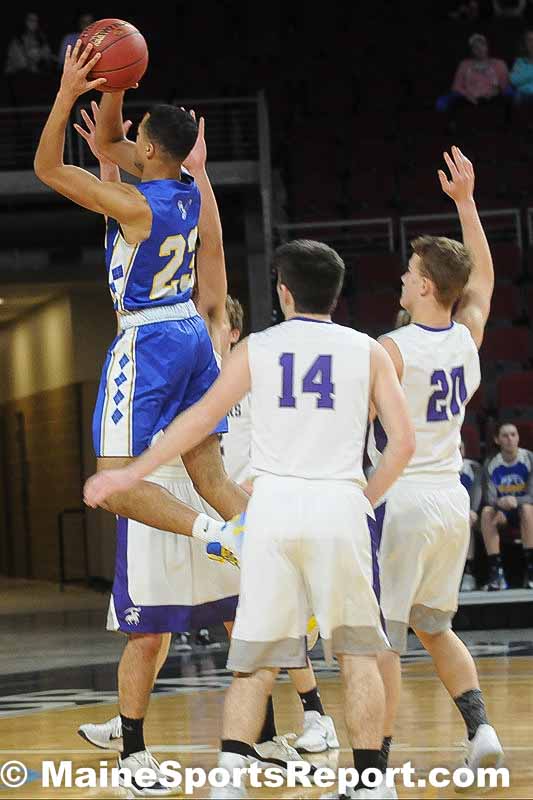 Hermon's Keenan Marseille (23) gets some hang time to put up a shot between three John Bapst defenders. (Photo by Skip Hawkes) 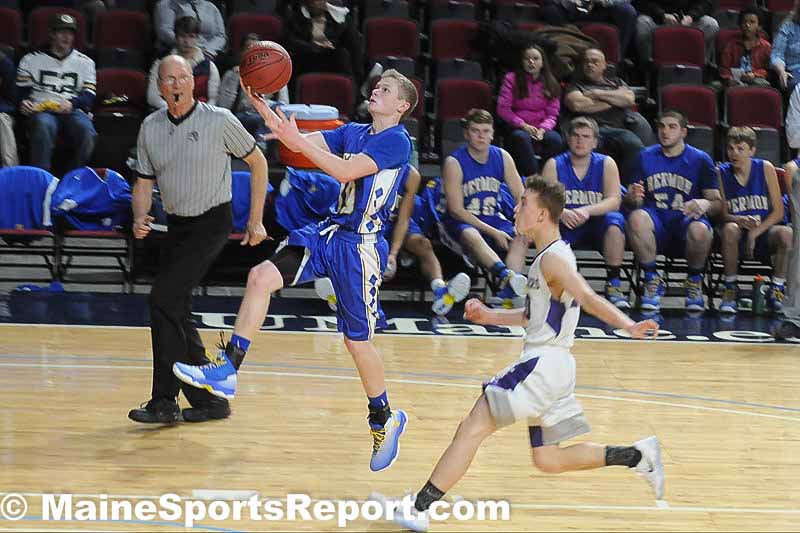 Hermon's Kent Johnson goes up for a layup. (Photo by Skip Hawkes)

The Crusaders were 15-of-25 (60 percent)from the foul line and they had one 3-pointer from Hanscom. 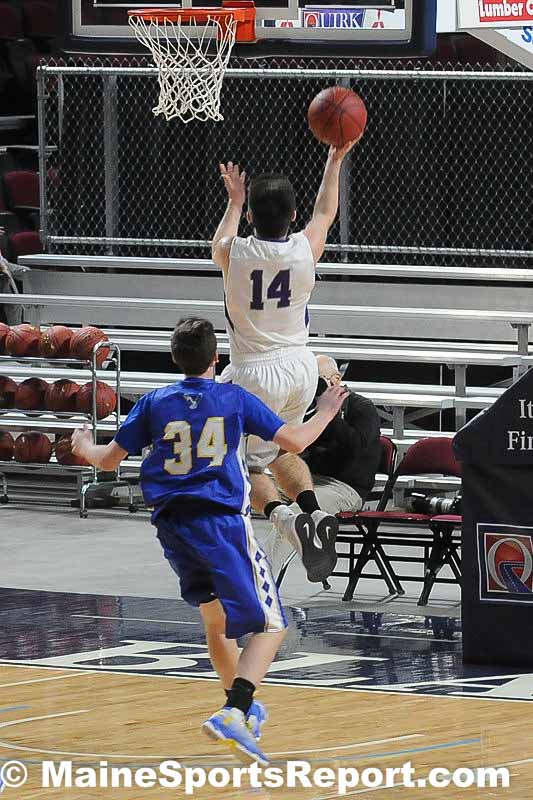 John Bapst's JJ Higgins goes up for a layup good for two points after a steal at mid-court. (Photo by Skip Hawkes)

Hermon goes to 6-1 on the season with the win while John Bapst falls to 2-6.