In the final of four games Friday at the Cross Insurance Center in Bangor, it was the previously undefeated 6-0 Crusaders of John Bapst hosting the 5-1 Hermon Hawks in what turned out to be just what most fans thought it would be, a great game. 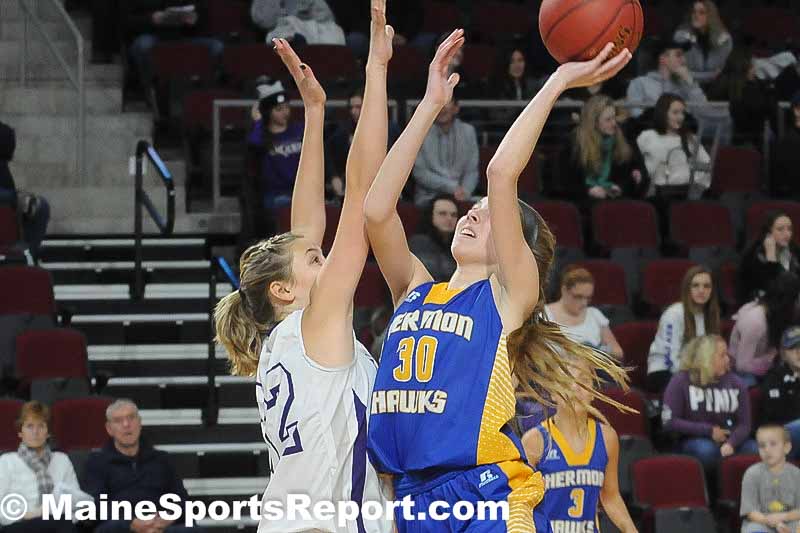 Hermon's Lauren Plissey puts up a shot over John Bapst's Caleigh Lebel during a game at the Cross Center on Friday night. Hermon won the game 58-48. (Photo by Skip Hawkes)

Click Here to see the full photo gallery from this game
In the end, it was the Hawks taking home bragging rights with a hard fought 58-48 win over the hosts. The win completed the four-game sweep of John Bapst by Hermon on the day.

With the win, Hermon takes over the No. 1 spot in the Maine Principals' Association Class B Heal Point Standings with a 6-1 record. Their only loss came to Presque Isle on opening day.  With the loss, John Bapst falls to No. 2 in the standings, also at 6-1.  The top 12 teams in Class B go to the playoffs. 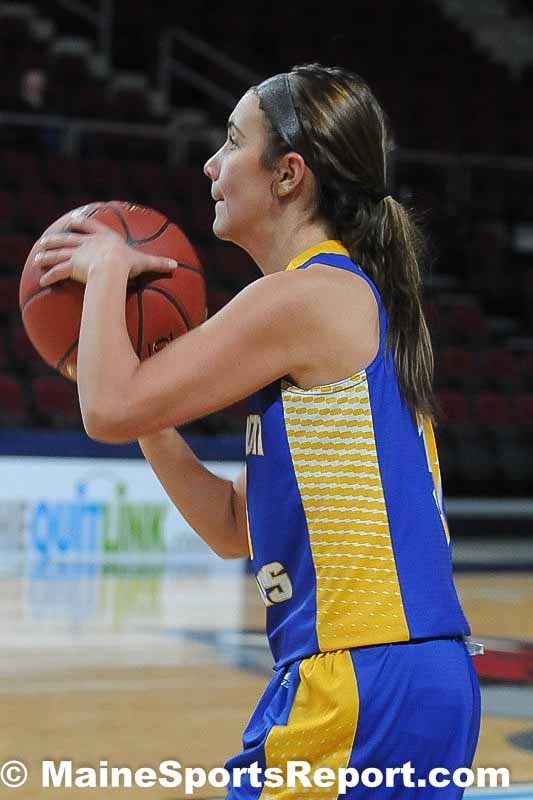 Both teams came out firing Friday with Hermon taking a 19-18 lead in the first quarter. Hermon continued the pressure in the second quarter outscoring the Crusaders 18-9 to take a 37-27 halftime advantage. That 10-point advantage would hold up in the second half as both teams struggled to put the ball in the hole in the third quarter with Hermon taking a 43-36 lead into the final quarter. 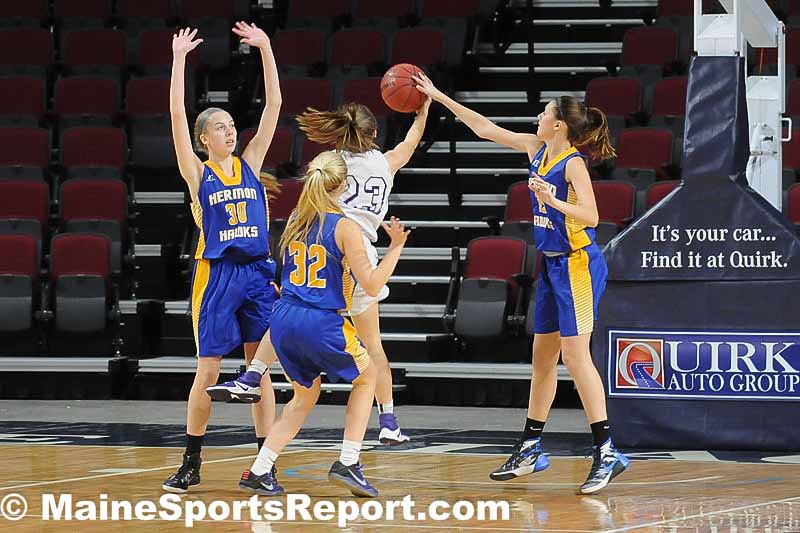 Hermon was 17-of-24 (71 percent) from the foul line and they had five 3-pointers, two from Allain and one each from Pullen, Raymond, and Curtis. 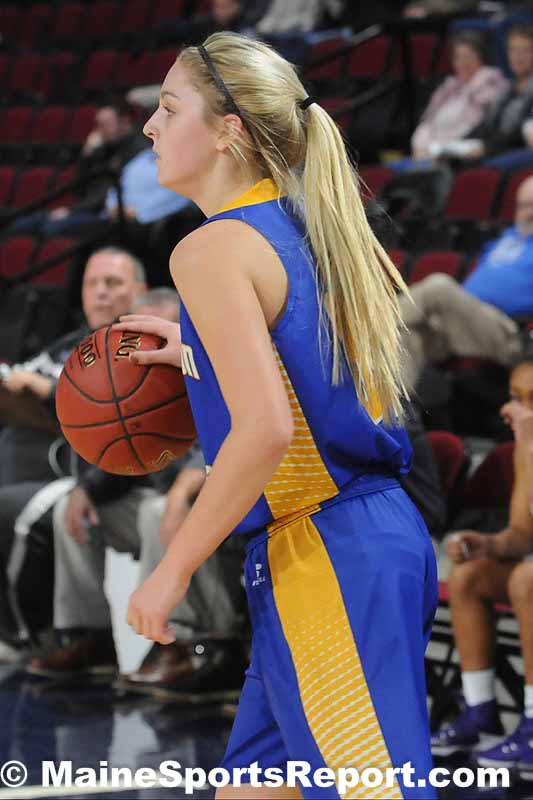 Crystal Bell led the Crusaders with a game-high 29 points in the loss; Grace Philippon and Abbey LeGasse eight each; and Caleigh Lebel three.

John Bapst was 13-of-19 (68 percent) from the foul line and they also had five 3-pointers, four from Bell and one from LeGasse. 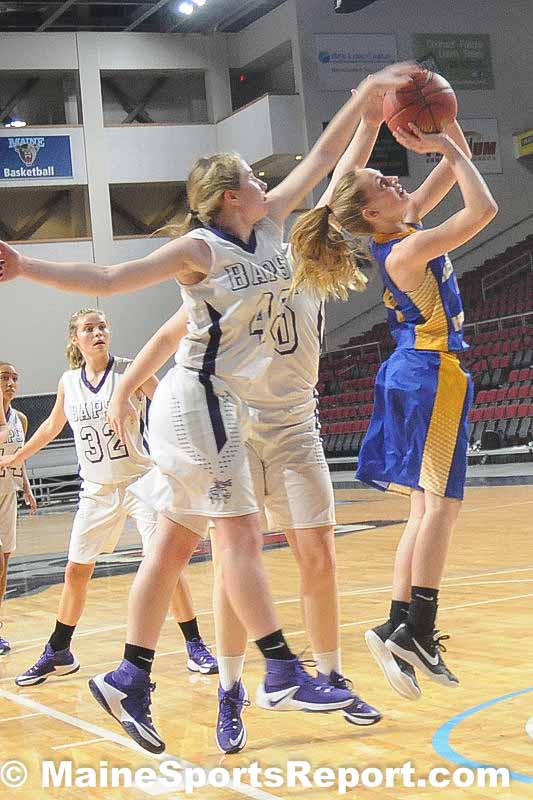 Hermon will travel to Central of East Corinth Wednesday, Jan. 4 for a 7 p.m. tip-off while John Bapst will play at Central Monday, Jan. 2 with a 7 p.m. start time. 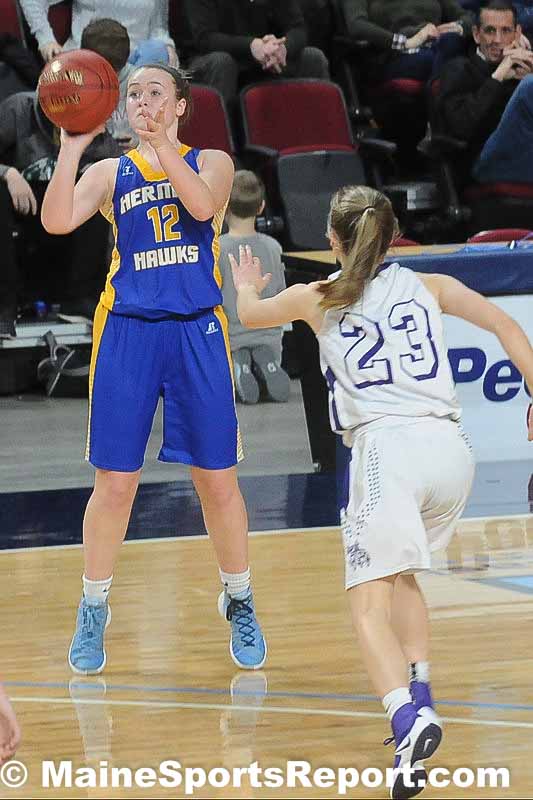