Excitement is always in the air when you pit two local teams against each other and Friday at the Cross Insurance Center in Bangor, the Hawks of Hermon invaded the home court of the Crusaders of John Bapst for a four-game event. 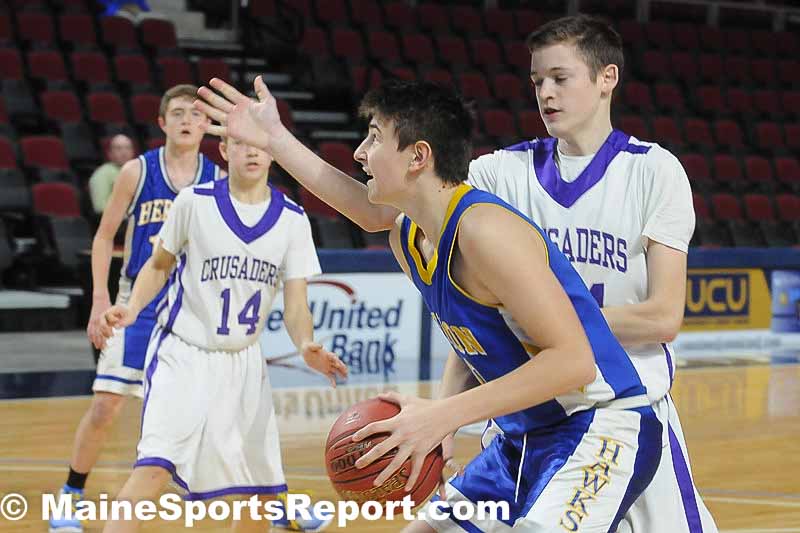 Hermon's Dawson Smith (front) looks to the basket before putting up a shot in a JV game at the Cross Center on Friday afternoon. Hermon won the game over John Bapst 35-32. (Photo by Skip Hawkes)

We will start with the boys JV game as we were unable to make it to the JV girls game which was won by Hermon 54-36.

In a hard fought battle the Hermon boys picked up a win 35-32 over the host Crusaders. 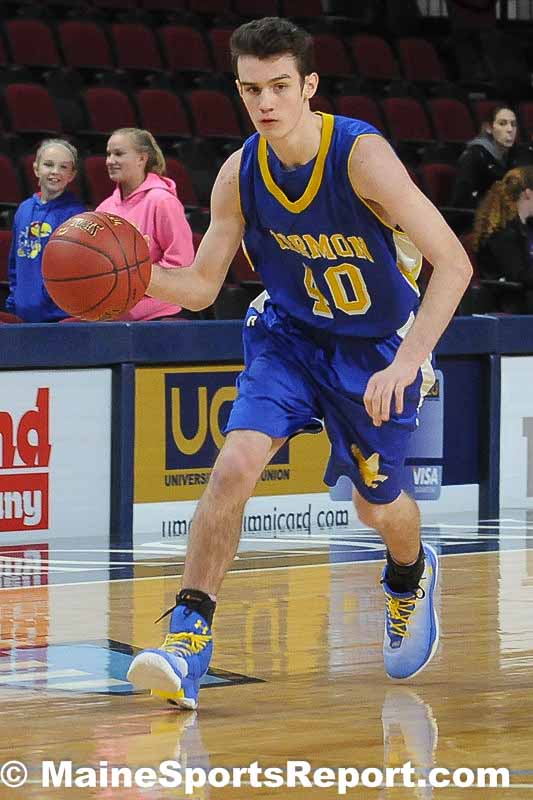 Hermon's Wyatt Dunton looks to drive to the basket. (Photo by Skip Hawkes)

Top scorers for Hermon were Isaac Parent with seven points; and Dylan Leighton with six. 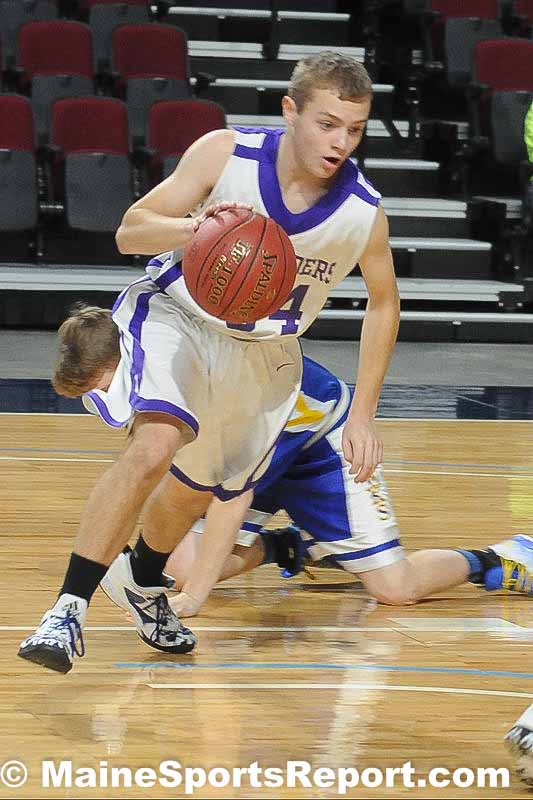 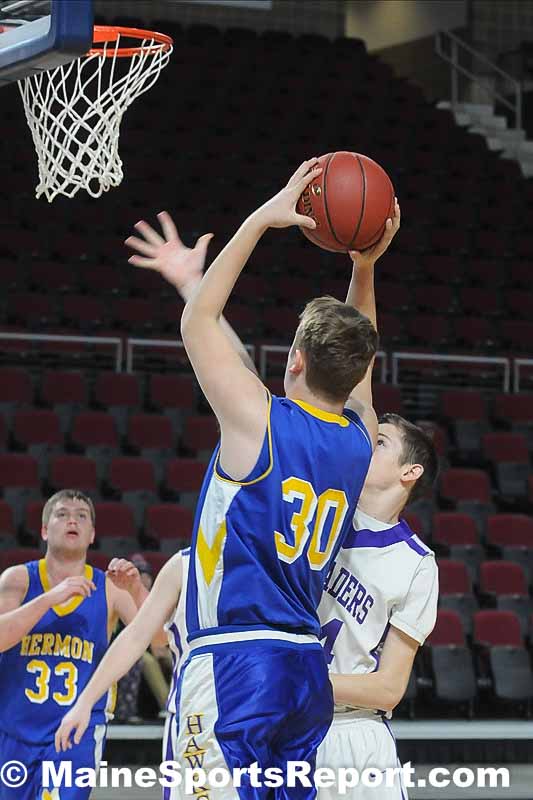 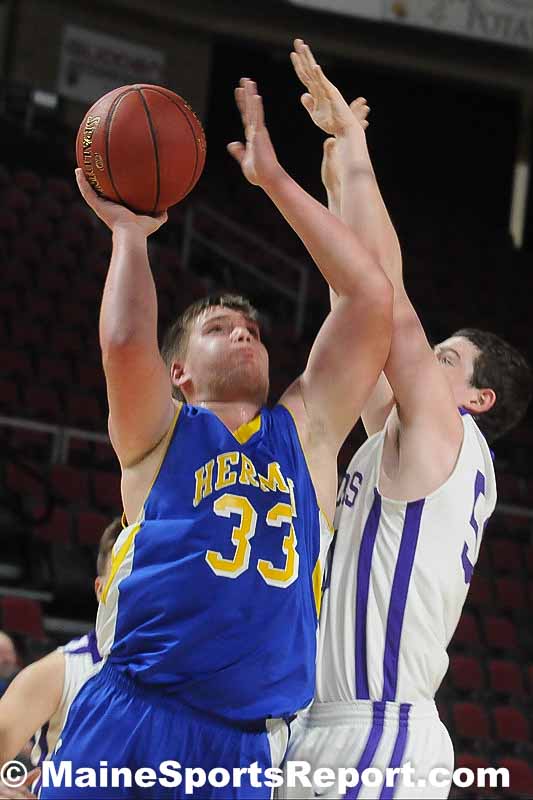 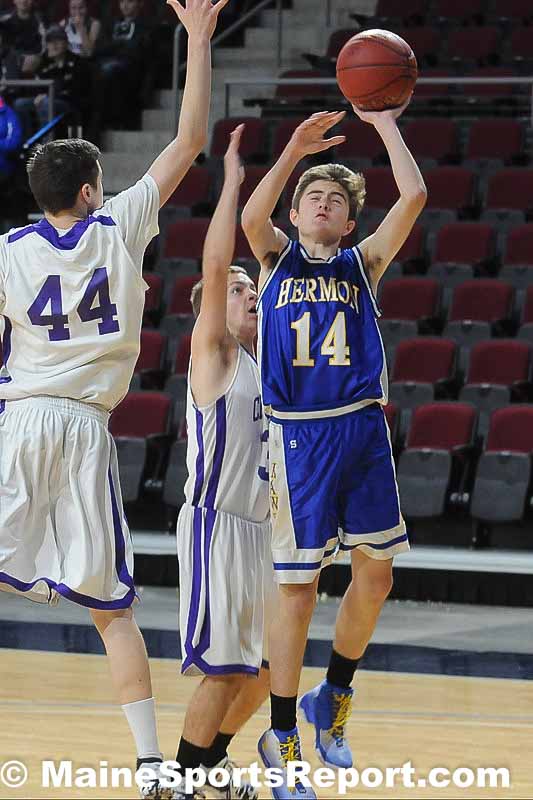 Hermon's Isaac Parent (14) gets off a shot between John Bapst defenders Ethan Newcomb (44) and Alec Gagnon. (Photo by Skip Hawkes)