Monday afternoon at Brewer High School, the Messalonskee JV girls cruised past the Brewer Witches for a 48-31 victory. 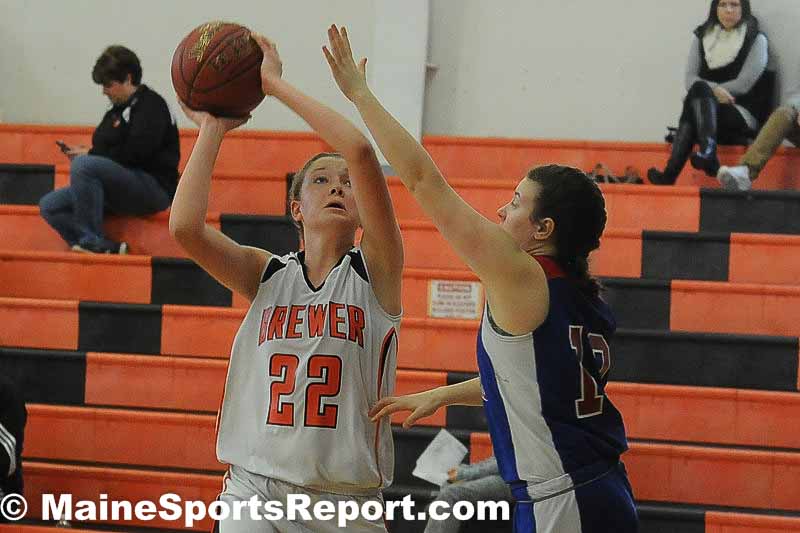 Click Here to see the complete photo gallery from this game 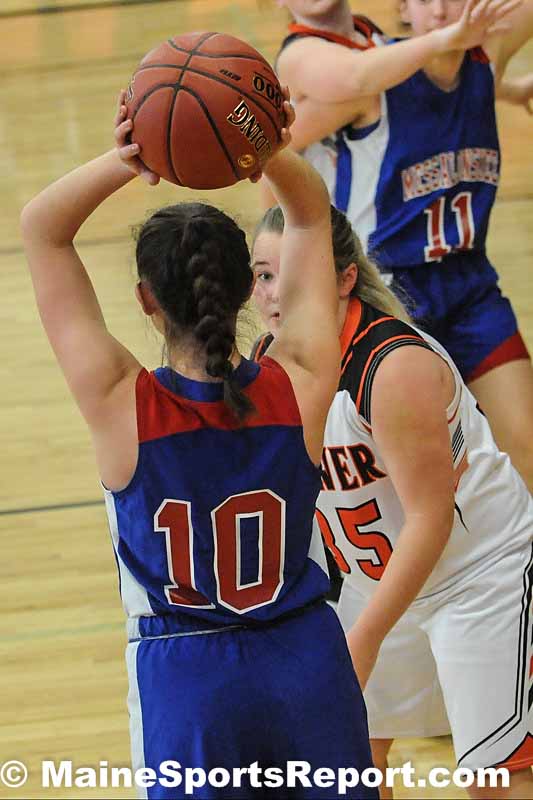 Messalonskee's Sarah Lowell (10) looks to pass the ball while being defended by Brewer's Kassi Day. (Photo by Skip Hawkes)

Messalonskee went 11-for-23 (48 percent) from the free throw line. They had one 3-point basket by DelGiudice. 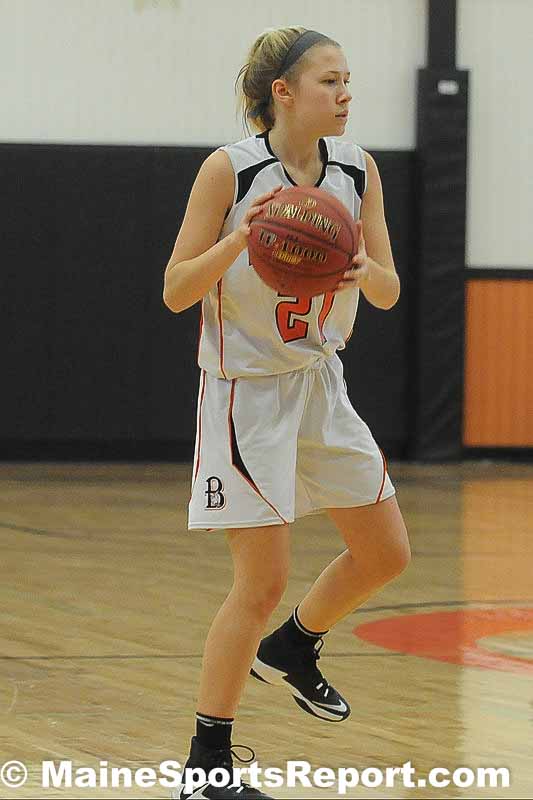 The Witches went 7-for-20 (35 percent) from thr charity stripe, and they had two 3-point baskets both by Tanguay. 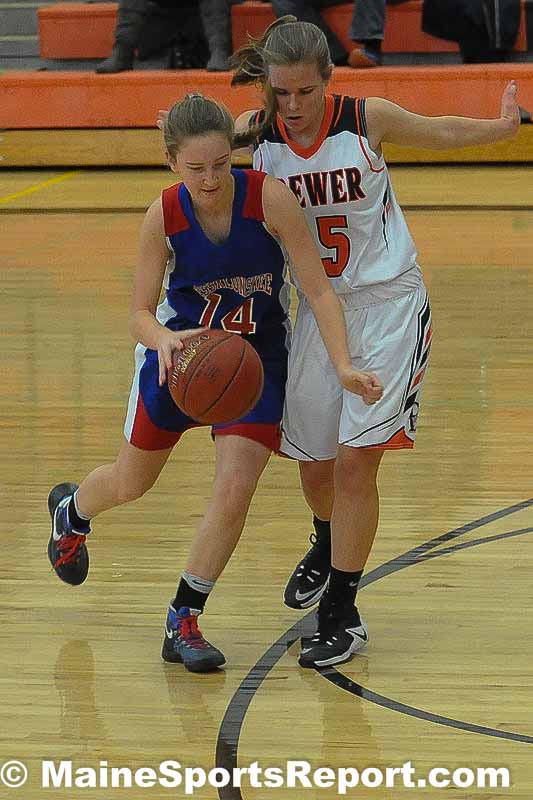 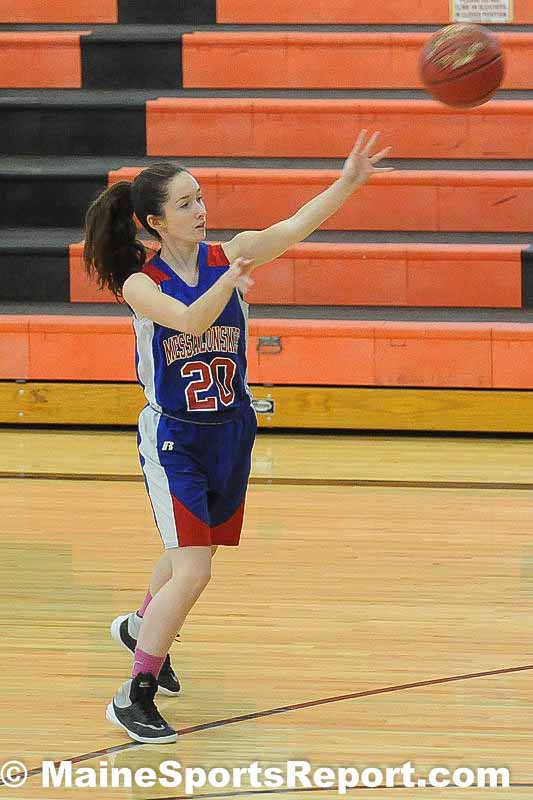 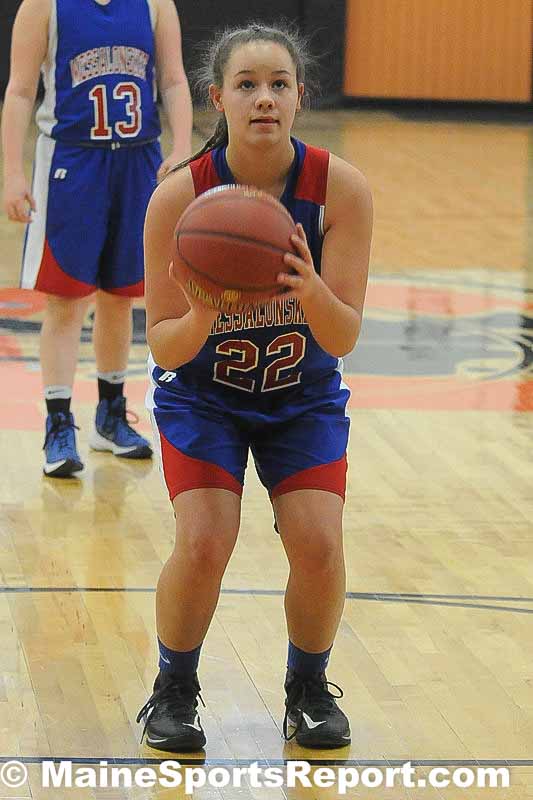