Gallup leads Hermon 5/6A girls to victory over Broncos 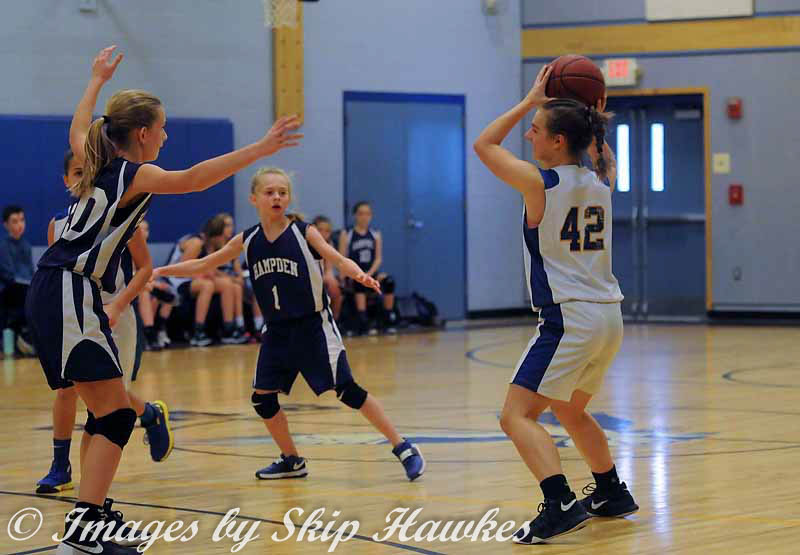 Hermon's Brooke Gallup (42) looks to pass the ball during a 5/6A girls travel game in Hermon on Sunday. Hermon defeated Hampden 32-21 in the game. (Photo by Skip Hawkes)

Click Here to view the complete photo gallery from the game
Hermon controlled the game almost from the opening tip off, out scoring the Broncos 22-10 over the first half. Hampden had no answer for Gallup, as she scored 14 of her game high 18 points in the opening half. 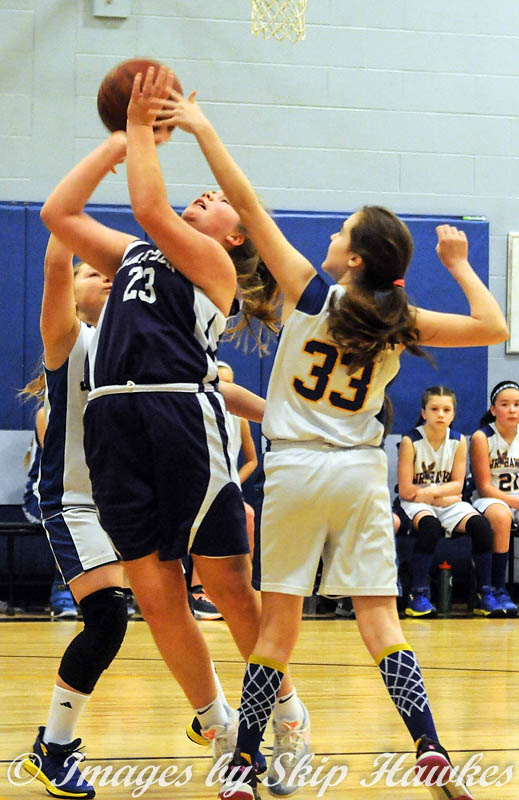 Hermon's Katie Fowler (33) tries to block a shot put up by Hampden's Caitlyn Murphy during the first half. (Photo by Skip Hawkes)

The Broncos got the second half edge in scoring 11-10, but was unable to overcome the first half deficit. Kennedy Fortin (5) and Caitlyn Murphy (4) accounted for nine of Hampden's second half points. 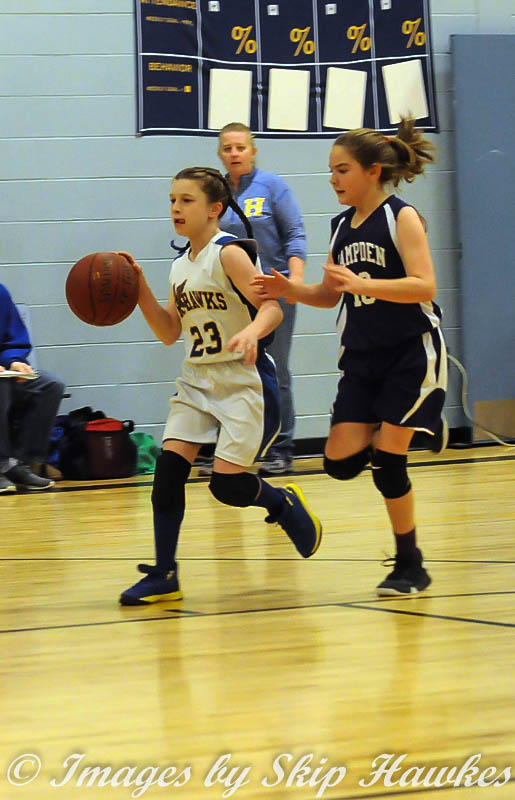 Hermon's Olivia Johnston (23) gets out in front of a Hampden defender on her way to the basket in the second half. (Photo by Skip Hawkes) 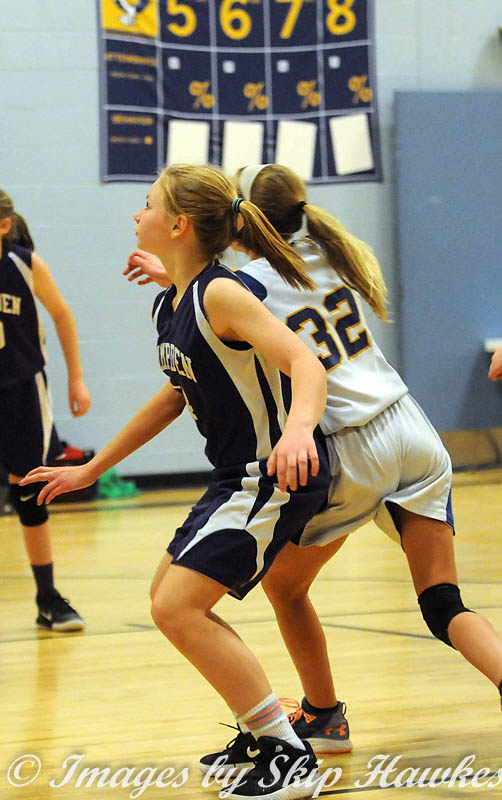 Fortin topped Hampden in scoring with 11 points and Murphy added seven points. Kiera Gabric scored two points, and Zoe Higgins chipped in with one point. The Broncos went 5-for-13 (38 percent) from the charity stripe.