HERMON - Hope Curry and Brooke Gallop combined for 34 points to lead the No. 2 Lady Hawks to a 42-30 win over No. 7 Blue Hill in an Eastern Maine Basketball League quarterfinal playoff game in Hermon Sunday afternoon. 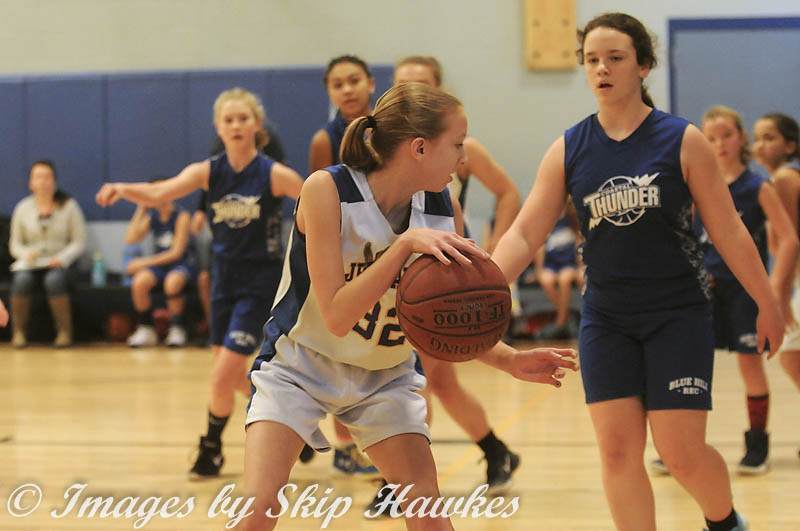 Hermon's Hope Curry (32) looks to drive around some Blue Hill defenders during a playoff game in Hermon on Sunday. Hermon won the game 42-30. (Photo by Skip Hawkes)

Hermon opened the first half on a 5-0 run, and led the game 15-5 with six minutes left in the opening half. The Hawks closed out the half on an 11-4 run for a 26-9 margin going into the halftime break. Curry scored 11 points in the half, and Gallop added five points for Hermon. 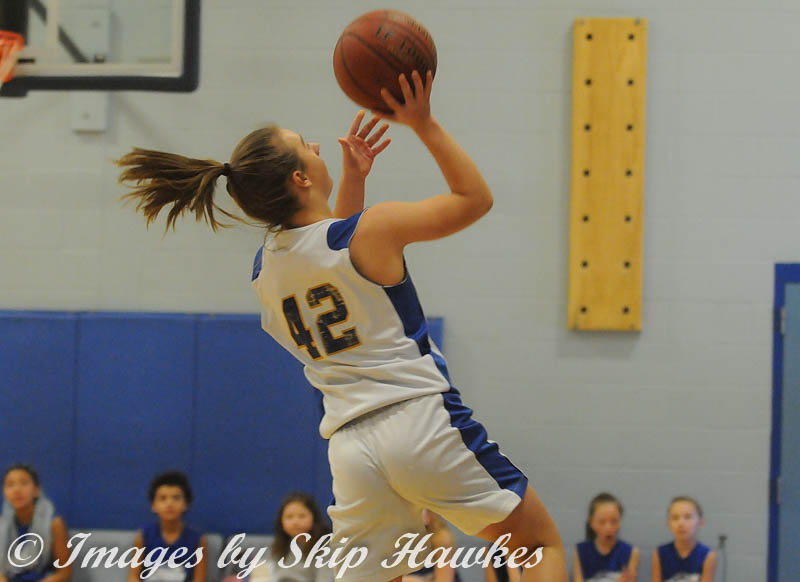 Hermon's Brooke Gallop puts up a shot good for two points during the first half of the game. (Photo by Skip Hawkes) 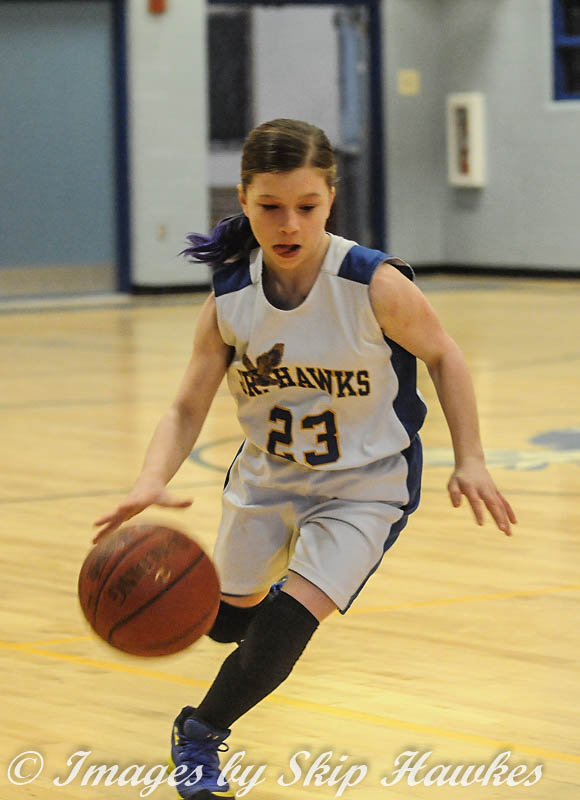 The Hawks stretched their lead to 10 points (36-26) with 4:44 remaining in the game, and they closed out the game out scoring the Thunder 6-4 for the 12 point margin of victory. 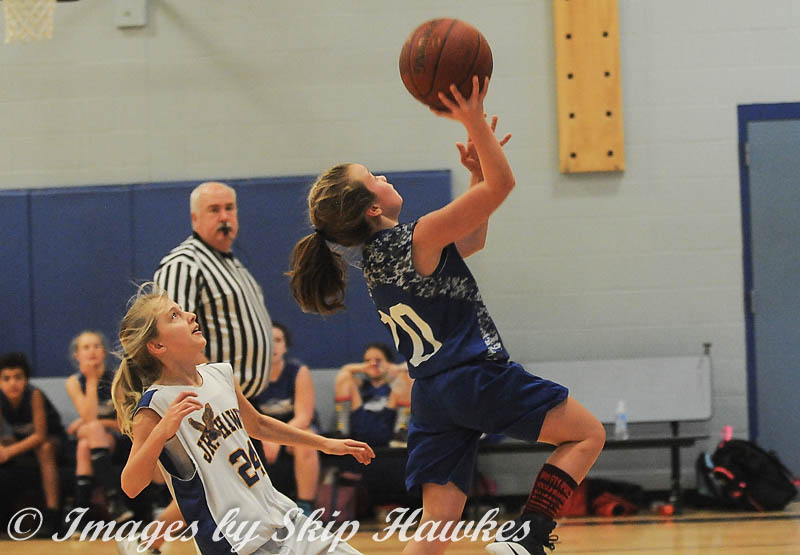 Blue Hill's Abbie Radell (right) puts up a shot in front of Hermon's Natalie Tardie during the second half. (Photo by Skip Hawkes)

Curry scored 19 points and Gallop added 15 to lead the Hawks in scoring. Wrapping up the scoring for Hermon was Olivia Johnston and Braelynn Wilcox with four points each. Blue Hill was led in scoring by Abbie Radell with 16 points. 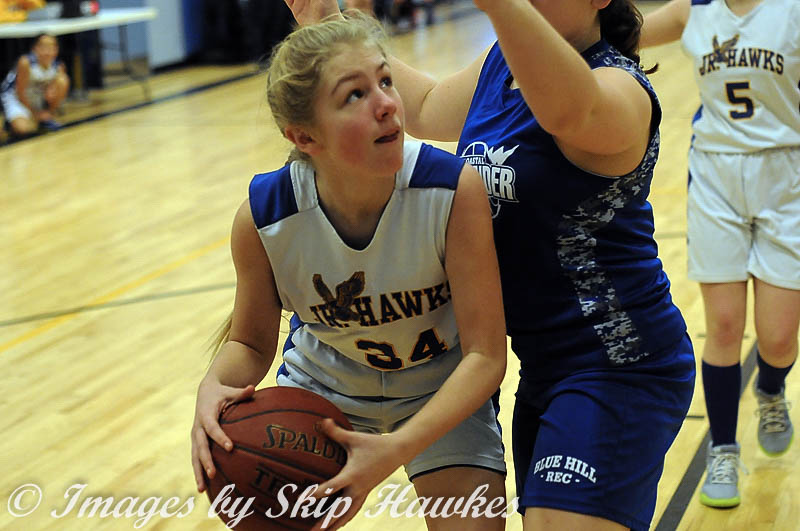 Hermon's Taylor Sherrard looks at the basket as she tries to get off a shot. (Photo by Skip Hawkes)

Hermon improves to 9-2 on the season, and will move on to the semifinal round. They will play the winner of the No. 6 MDI at No. 3 Old Town Y on Saturday, January 26 at Brewer High School. Tip off is scheduled for 12:45. Blue Hill closes out their season with a 3-8 record.