GLENBURN - Saturday afternoon at the Glenburn School, Eve Wiles scored in the closing seconds of the game to give the Glenburn Chargers a 23-22 win over Hampden in an Eastern Maine Travel Basketball league 3rd/4th grade girls game. 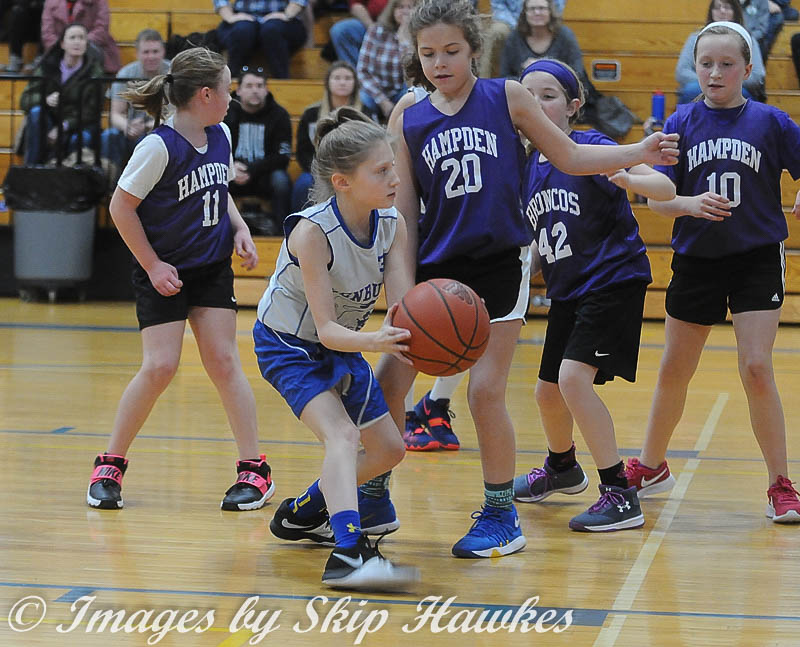 Glenburn's Eve Wiles (center) looks for a way to the basket while surrounded by four Hampden defenders during a travel game in Glenburn on Saturday. The Chargers won the game 23-22. (Photo by Skip Hawkes)

Glenburn opened the game with a 6-4 first quarter lead, and both teams scored seven points in the second quarter to leave the Chargers up 13-11 at half time. 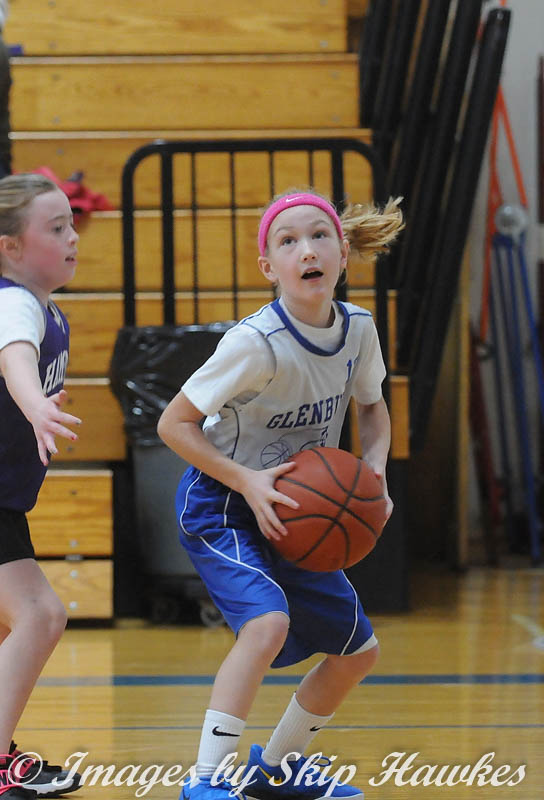 Glenburn's Mallory Lausier looks to the basket during the first half. (Photo by Skip Hawkes)

In the third period, the Chargers doubled up the Broncos 8-4 to stretch out their lead to 21-15 heading into the final quarter. Megan Guy scored four points in the quarter for Glenburn, while Mallory Lausier and Wiles each added two points.

Glenburn struggled in the final period, as Hampden ran off seven unanswered points to take a 22-21 lead with 2:02 to play after a Grace Marquis steal and layup for the Broncos. 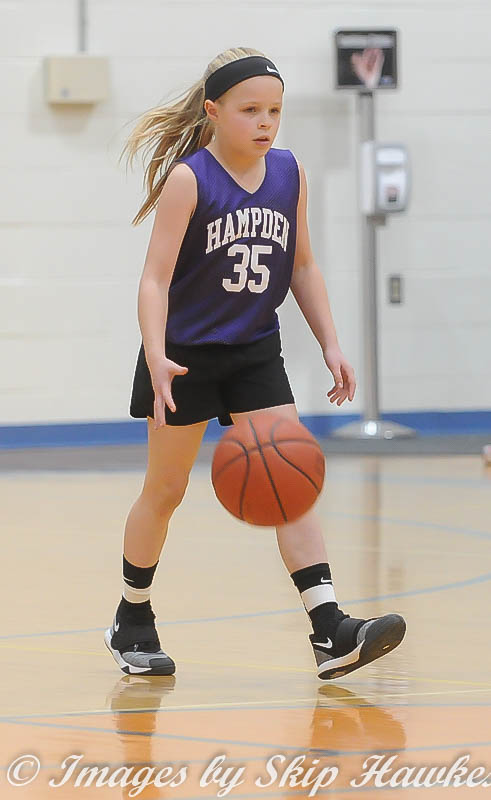 Hampden's Grace Marquis brings the ball across mid court during the second half. (Photo by Skip Hawkes)

The Chargers continued to remain scoreless over the next two minutes, but with the clock winding down Wiles took a pass across mid court and drove to the basket. Wiles's shot fell through the net as the clock sounded to end the game and give Glenburn the one point win. The basket by Wiles was the only score of the quarter for Glenburn, but it proved to be a very big score.

Wiles led Glenburn in scoring with nine points. Lausier and Guy each added six points, and Emily Caulkins scored two points. The Chargers went 1-for-5 (20 percent) from the foul line. 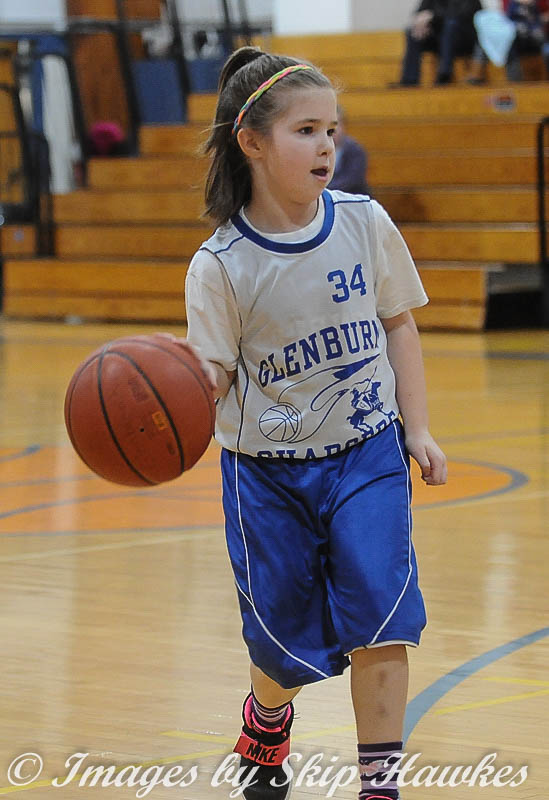 Marquis scored a game high 10 points to lead the Broncos, and Katelyn Adams scored eight points. Mabel Hawkes and Aubrey Shaw each chipped in with two points. Hampden went 6-for-8 (75 percent) from the charity stripe.