HAMPDEN - Inside the Stable on the campus of Hampden Academy Friday night, Bailey Donovan recorded a double double to help the Lady Broncos cruise to a 68-42victory over the Brewer Witches in a Class A North girls contest. 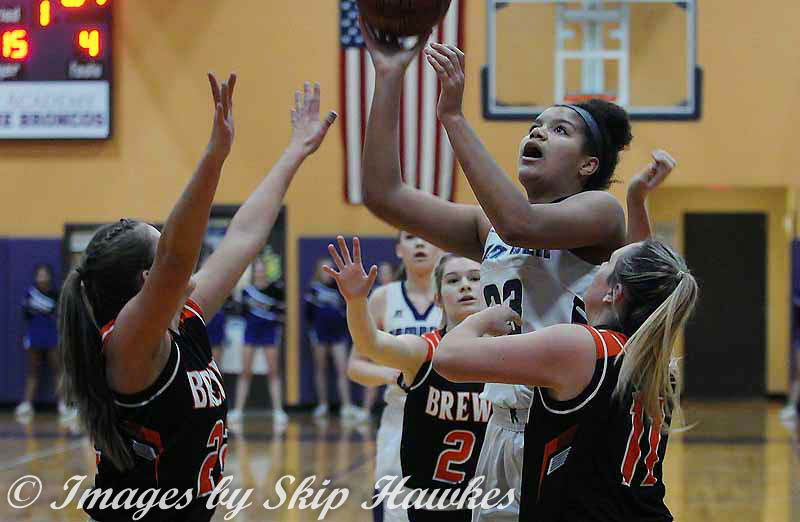 Hampden's Bailey Donovan puts up a shot between  two Brewer defenders during a game at Hampden Academy on Friday night. Hampden won the game 68-42. (Photo by Skip Hawkes)

The game was close throughout the first quarter, as Hampden held just an 11-9 lead at the buzzer. In the second period, led by Peyton Smith with nine points (three 3-pointers) and Donovan with six points, Hampden went on a 16-2 run and out scored the Witches 23-5 to take a 20 point lead (34-14) into half time. 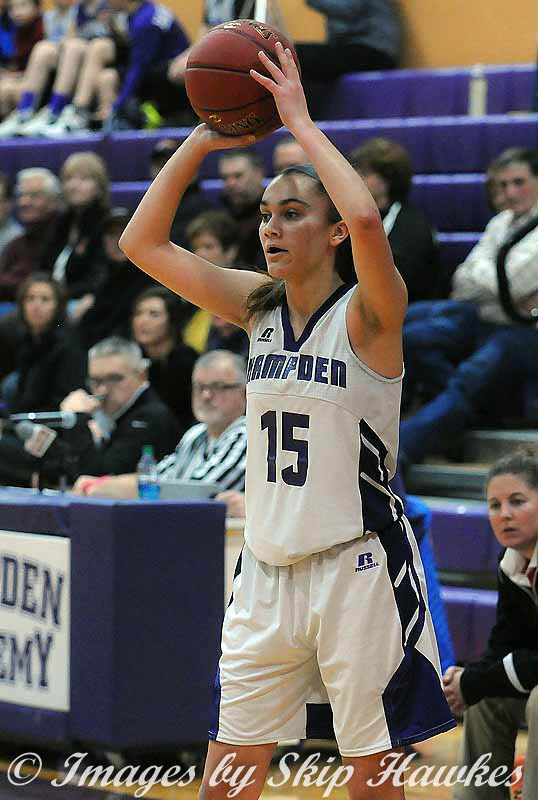 Hampden's Alydia Brilliant looks to pass the ball during the first half. (Photo by Skip Hawkes)

Brewer was unable to overcome the 20 point deficit, and the Broncos went on to out score the Witches 34-28 over the second half. With the win, Hampden improves to 12-1 on the season and remains in first place in the Class A North Heal Point standings. Brewer, ranked No. 6 in the Heal Points, drops to 6-6 on the season. 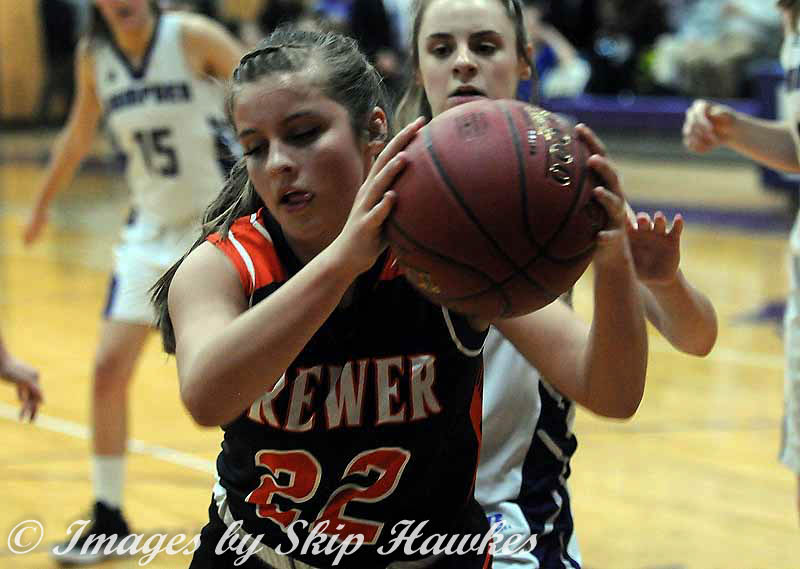 Hampden had seven 3-point baskets, four by Smith, two from Bouchard, and one by Brilliant, and they went 13-for-20 (65 percent) from the free throw line. 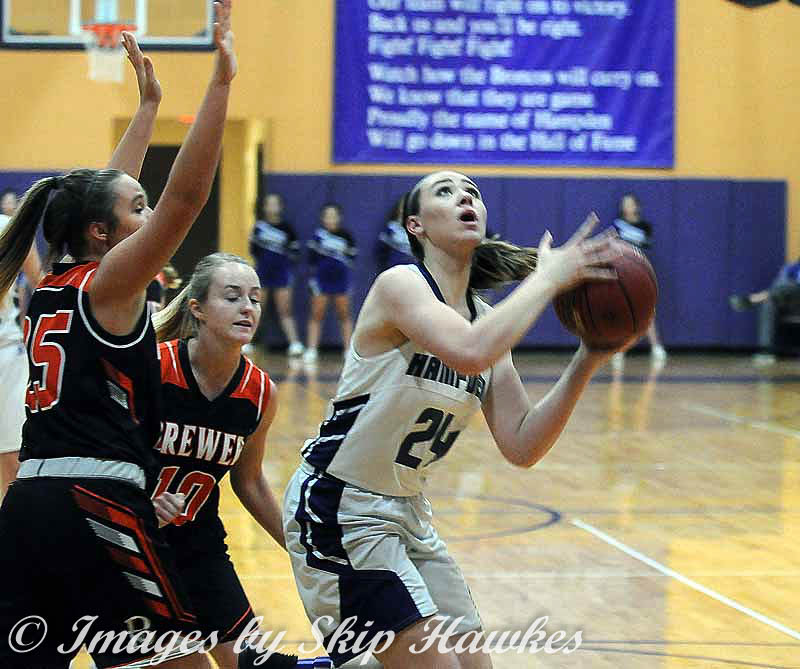 Hampden's Sophia Narofsky (24) looks to the basket for a shot in front of Brewer defenders Rebecca Gideon (25) and Emily Lord. (Photo by Skip Hawkes)

The Witches had three 3-point baskets, one each from Tanguay, Day, and Smith, and they went 11-for-15 (73 percent) from the charity stripe. 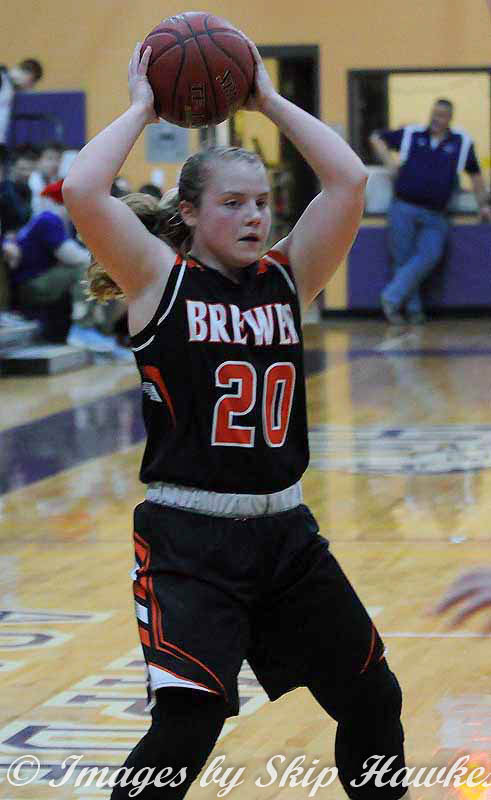