HAMPDEN - Following a Lady Broncos win over Brewer, the Hampden boys had four players score in double figures as they breezed to a 70-36 victory over the Witches to complete the varsity double header at the Stable inside Hampden Academy on Friday night. 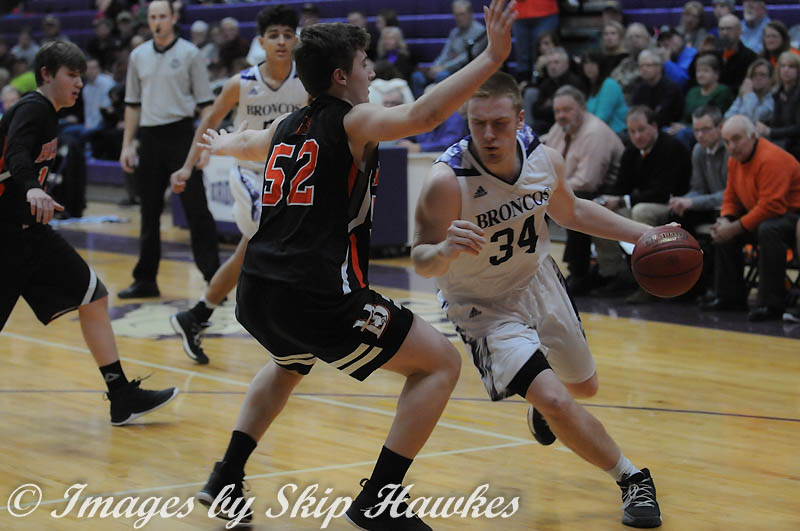 Just over the first five minutes of the opening quarter, the Broncos took a 17-5 lead over Brewer and closed out the period with a 22-13 lead. Hampden put the game away in the second quarter following a 12-1 run out scoring the Witches 18-3 for a 40-16 half time lead. 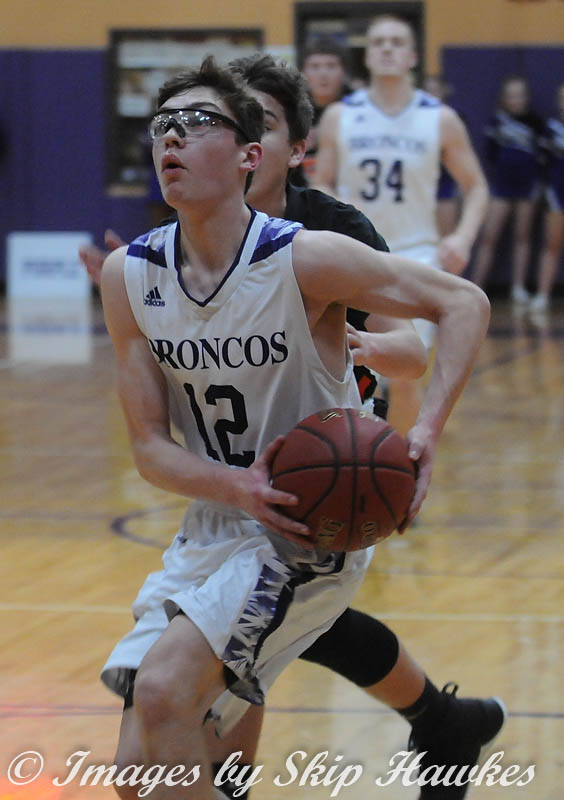 Hampden's Bryce Lausier drives to the basket in the first quarter. (Photo by Skip Hawkes)

Hampden went on to out score Brewer 30-20 over the second half for the win. With the win, Hampden remains in first place in the Class A North Heal Point standings with a 12-1 record, while Brewer falls to 4-8 and is ranked No. 10. 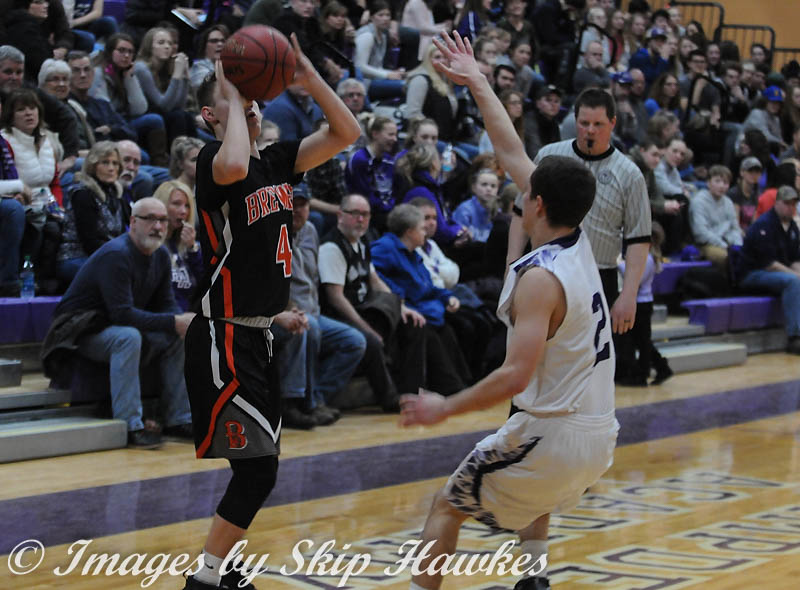 Hampden had eight 3-point baskets, two each by Wolfington, Winch, and Lausier, and one each by Roy and Webb. They went 12-for-14 (86 percent) from the foul line. 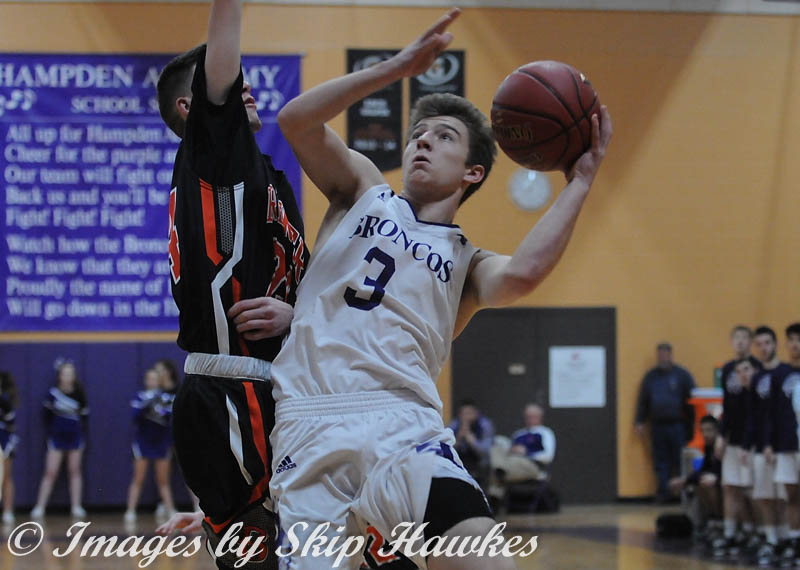 Hampden's Kpry Winch (3) goes up for a shot and gets fouled by Brewer's Kobe Rogerson.  (Photo by Skip Hawkes)

The Witches had four 3-point baskets, three by Cummings and one from Glidden, and they went 8-for-10 (80 percent) from the free throw line. 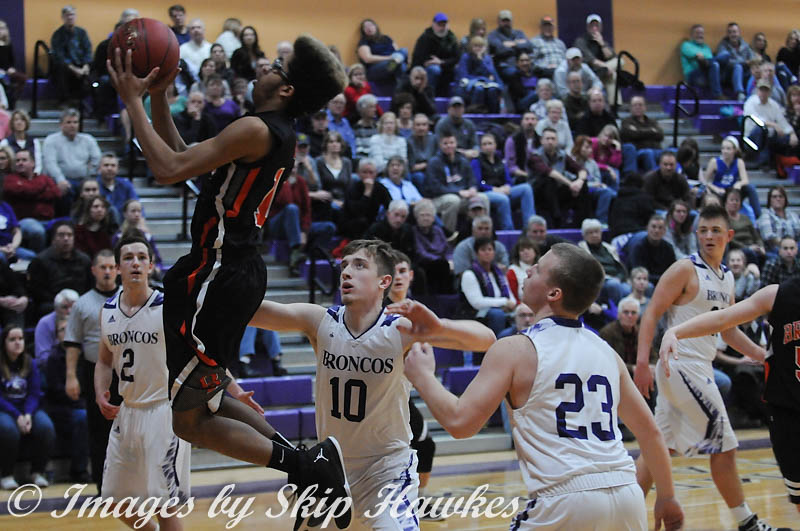 Brewer's Cameron Monroe gets some air time to pull down a rebound. (Photo by Skip Hawkes)