GLENBURN - Tuesday afternoon at the Glenburn School, the Chargers held off a late rally by the Samuel L. Wagner of Winterport boys to pull off a 37-35 victory in middle school action. 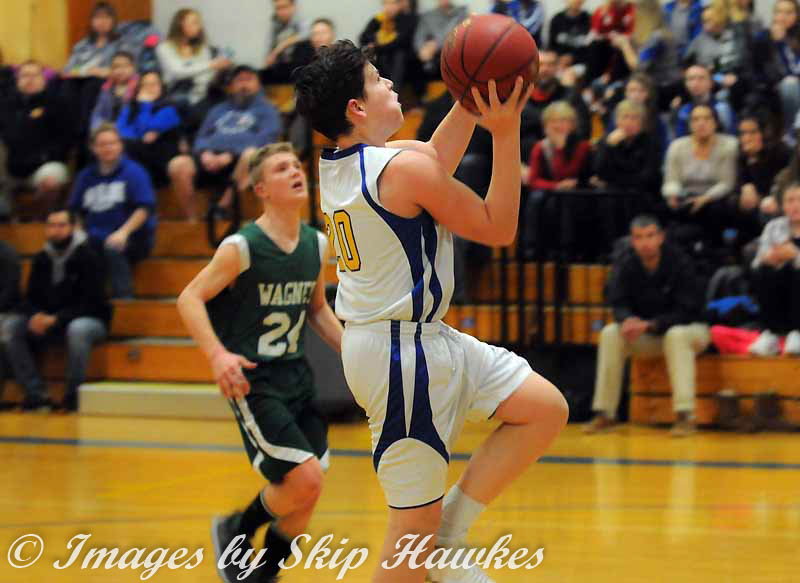 Glenburn's Andrew Day goes up for a shot during the first half of a middle school game in Glenburn on Tuesday. Glenburn defeated Wagner 37-35 in the game. (Photo by Skip Hawkes)

Wagner took a 10-8 first quarter lead, but Glenburn jumped out to an 8-0 second quarter and out scored Wagner 15-6 in the period to take a 23-16 half time lead. 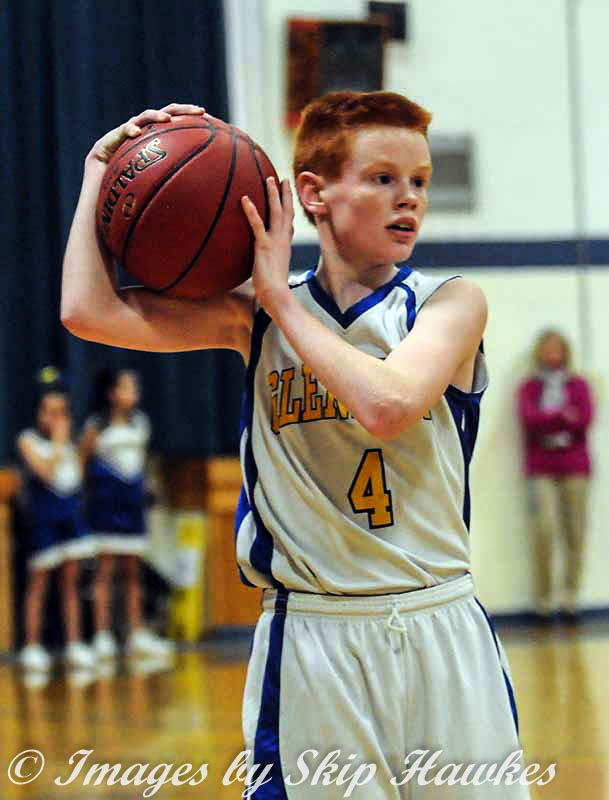 Glenburn's Andrew Baker looks to move the ball during the first half. (Photo by Skip Hawkes)

After Wagner opened the third quarter on a 6-0 run, Glenburn closed the period on a 6-2 run of their own to hold a 29-24 lead heading into the final period.

A 6-1 Wagner run ties the game at 30-30 with 2:47 left in the game, but the Chargers would pull out to a 4-point lead with 1:35 remaining. Glenburn was able to hold off a 4-2 Wagner rally in the closing seconds to pick up the two point victory. 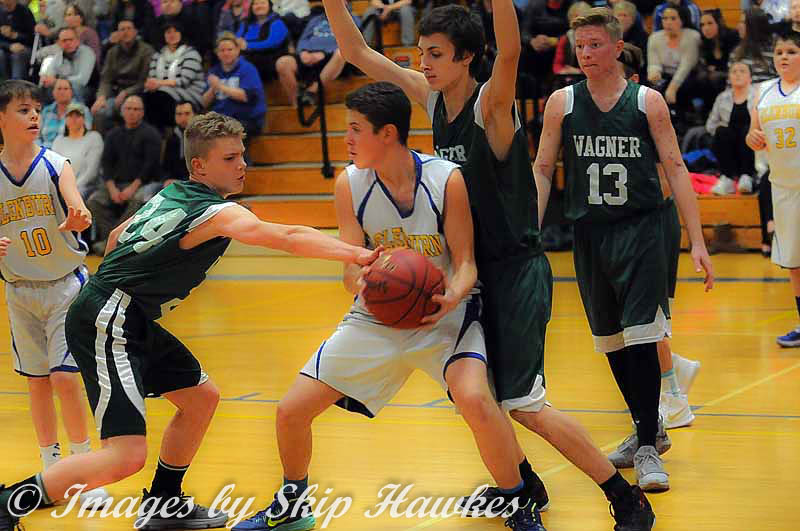 The Chargers had two 3-point baskets, one each from Baker and Wheaton, and they went just 5-for-15 (33 percent) from the free throw line. 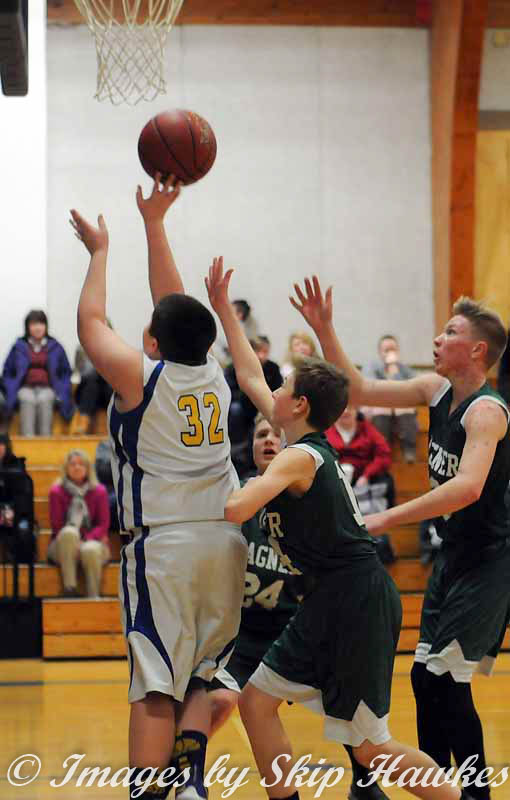 Glenburn's Connor Simcox (32) puts up a shot during the fourth quarter. (Photo by Skip Hawkes) 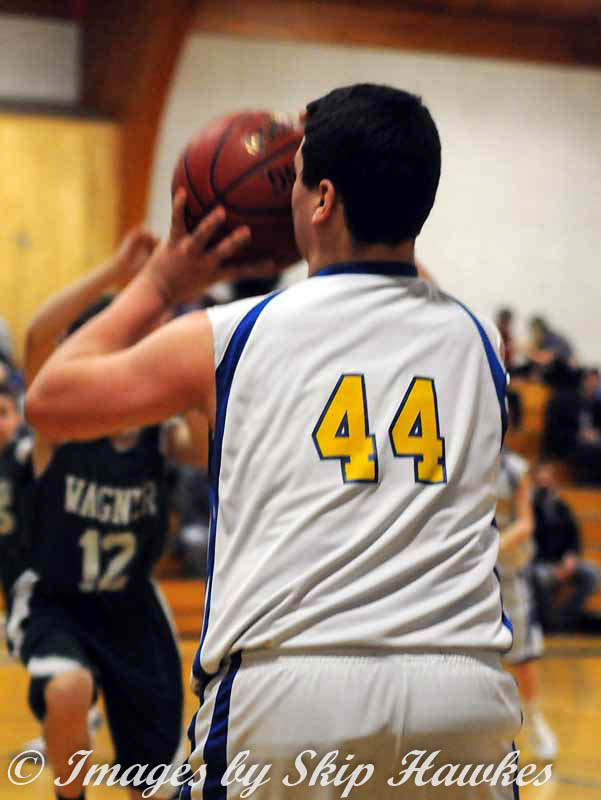 Glenburn's Evan Peete puts up a shot from the corner. (Photo by Skip Hawkes)