The Messalonskee Eagles of Oakland overcame a sub par first quarter, and went on to defeat the Brewer Witches 54-44 at Brewer High School on Monday afternoon in a class A girls match up. The Eagles improve to 6-0 on the season, while Brewer falls to 2-5. 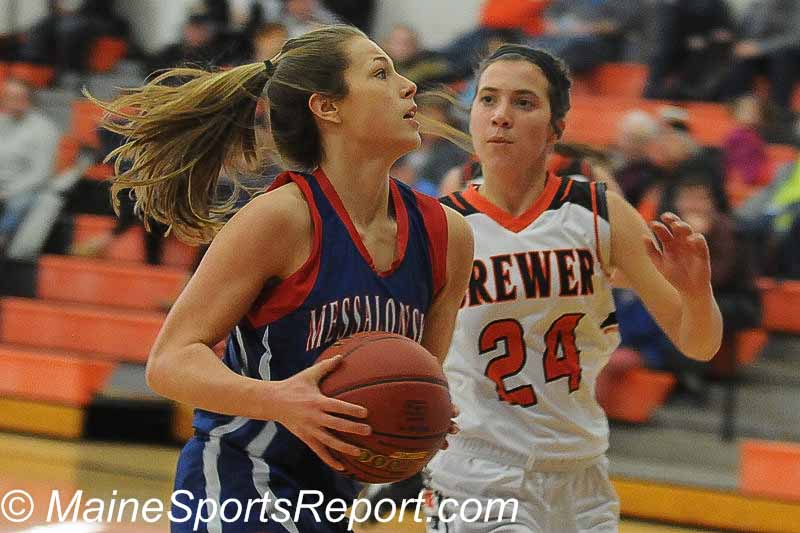 Messalonskee's Sophia Holmes drives to the basket past Brewer defender Courtney Pearson during a game at Brewer High School on Monday. Messalonskee won the game 54-44. (Photo by Skip Hawkes)


Brewer, led by Emily Lord with seven points, came out firing on all cylinders in the first quarter out scoring the Eagles 14-6. Messalonskee was able to regroup and out scored the Witches 48-30 over the next three quarters for the win. 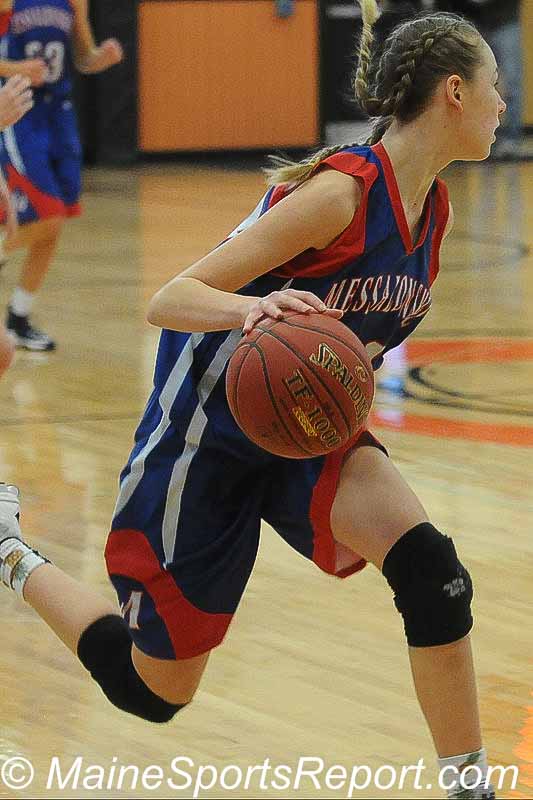 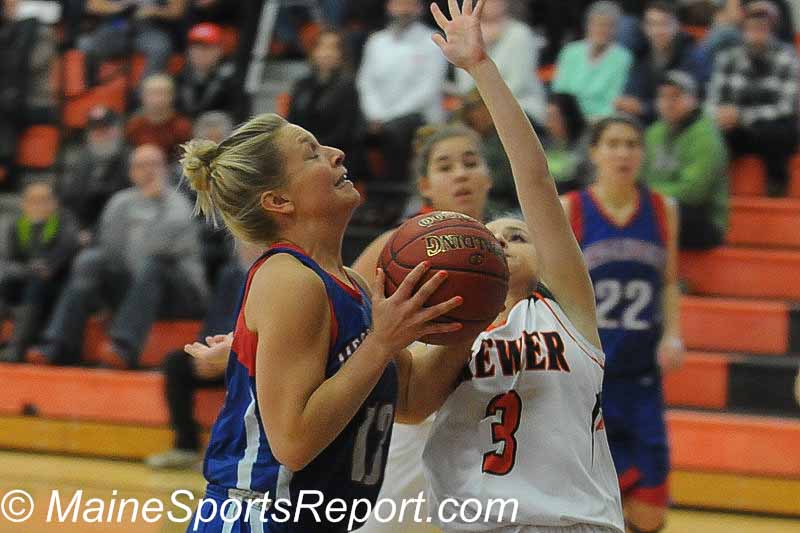 Messalonskee went 16-for-25 (64 percent) from the free throw line and they had six 3-points baskets, three by Wener, two from Turner, and one by Holmes. 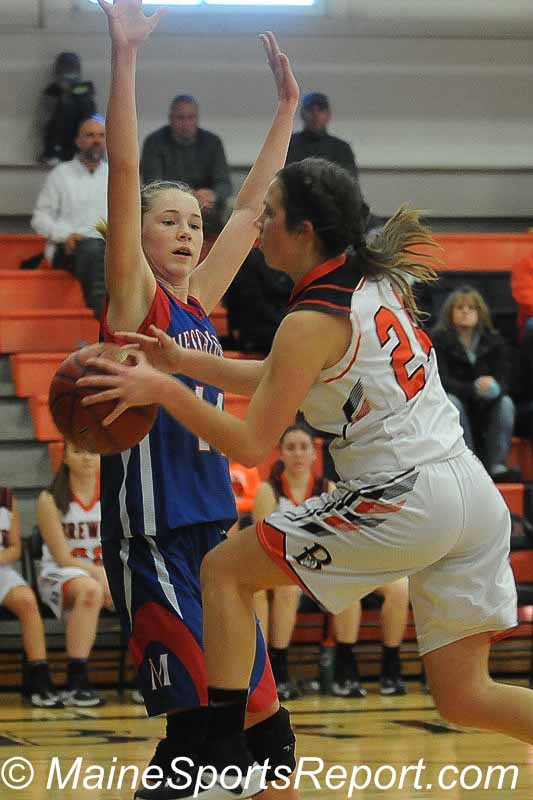 The Witches went 2-for-4 (50 percent) from the charity stripe and they had four 3-point baskets, one each by Pearson, Lord, Smith, and Robertson. 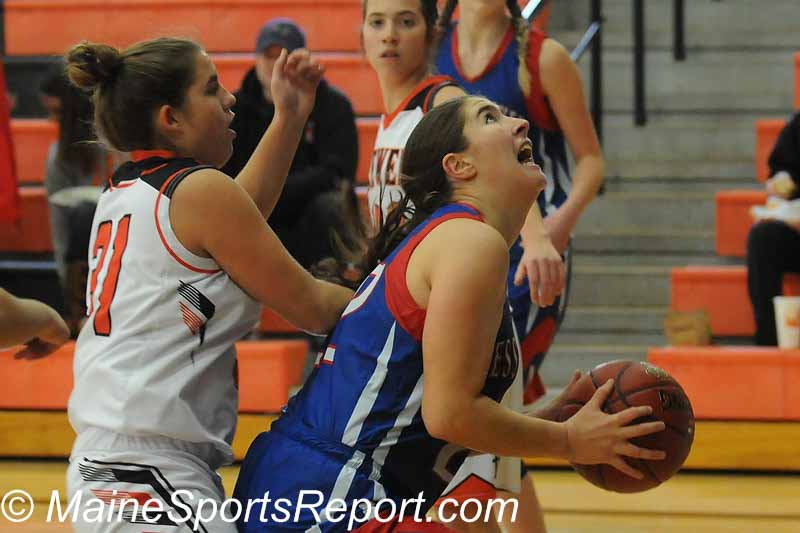 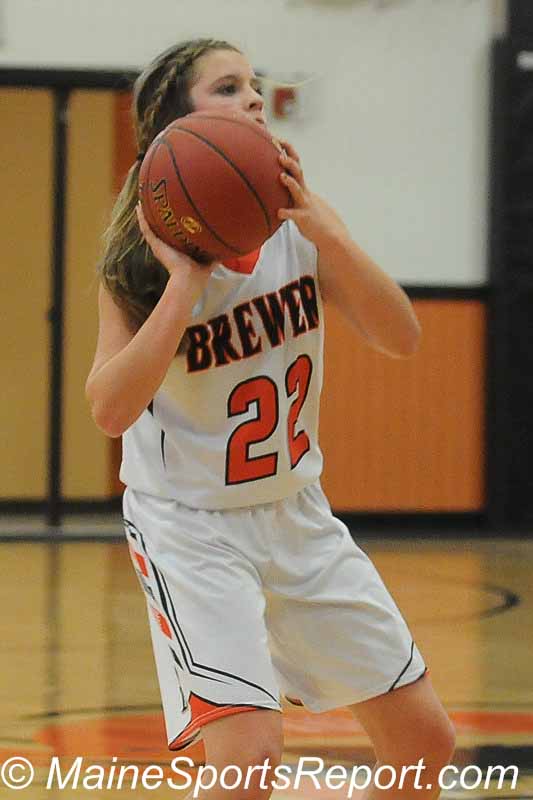 Brewer's Cassidy Smith puts up a shot during the second half. (Photo by Skip Hawkes)