Thursday night at the Cross Center in Bangor, the Brewer JV boys took care of business and completed a sub varsity doubleheader with a 40-27 win over the John Bapst Crusaders. 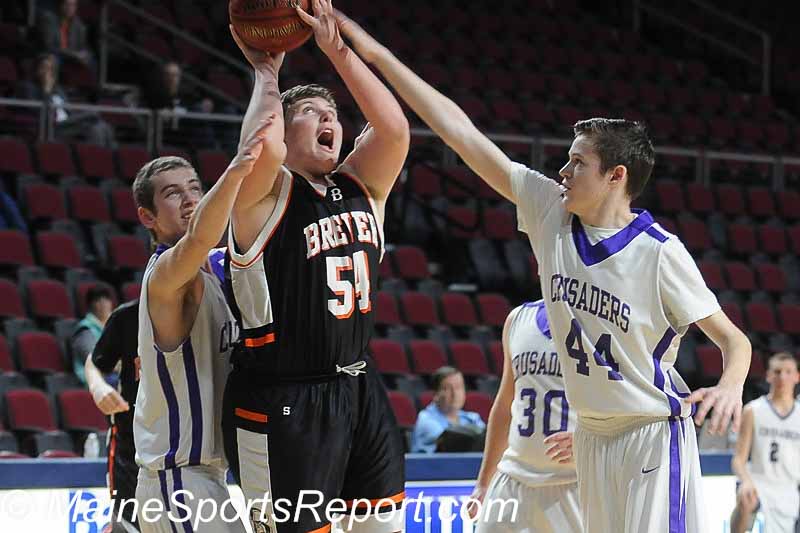 Brewer's Colby Miller (54) puts up a shot between John Bpast defenders Jacob Weymouth (left) and Ethan Newcomb during a JV game at the Cross Center on Thursday night. Brewer won the game 40-27. (Photo by Skip Hawkes)

Brewer opened with a 9-6 first quarter lead, and added one more point to their lead in the second quarter with an 11-10 score to take a 20-216 lead into half time. 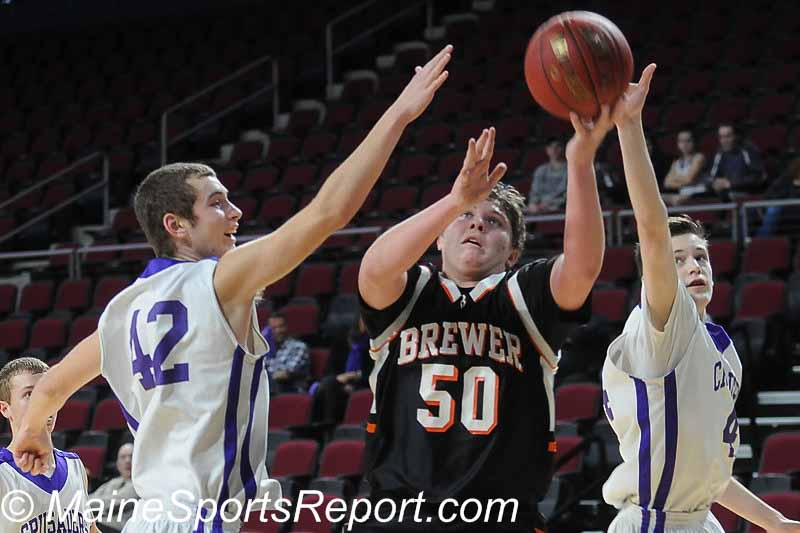 In the third quarter, Colby Miller sscored seven points to spark the Witches to a 12-6 score to stretch out their lead over the Crusaders to 32-22 heading into the final period. 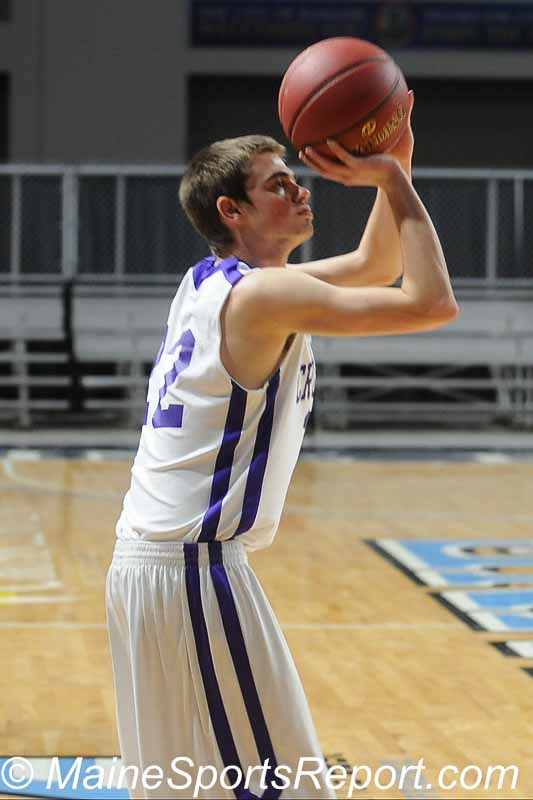 The Crusaders had five 3-point baskets, one each by Daughtry, Gagnon, Dube, Peterson, and Hubbard. They managed just two 2-point baskets for the entire game. They went 8-for-14 (57%) from the foul line. 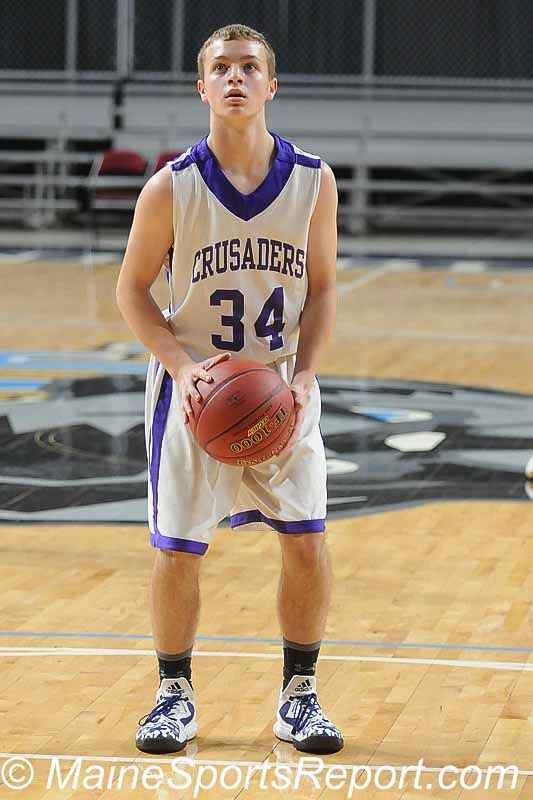 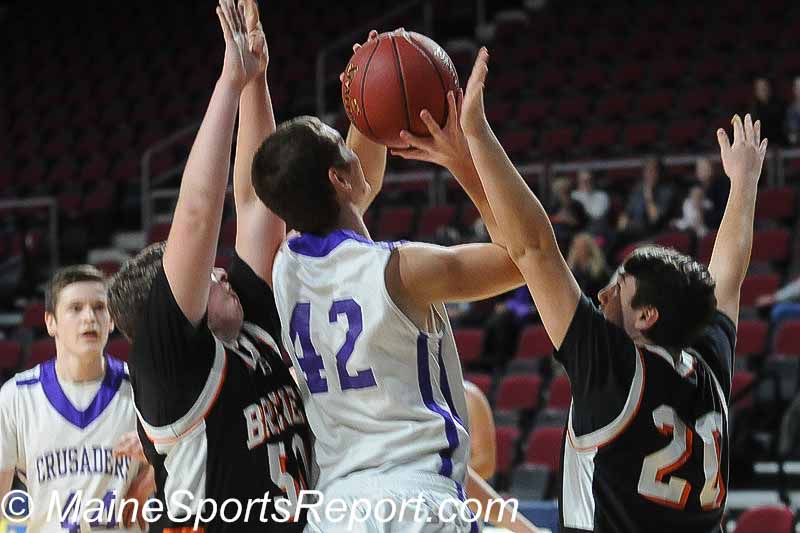 John Bapst's Jacob Weymouth (42) looks to get off a shot between two Brewer defenders. (Photo by Skip Hawkes)