GLENBURN - /Saturday afternoon at the Glenburn Little League softball field, Hermon struggled over the first four innings without putting a run on the board but they would rally late and score five runs in the final two innings to overtake Kennebunk-Wells to pull out a 5-4 win in the 11/12 softball State Tournament semifinal game. 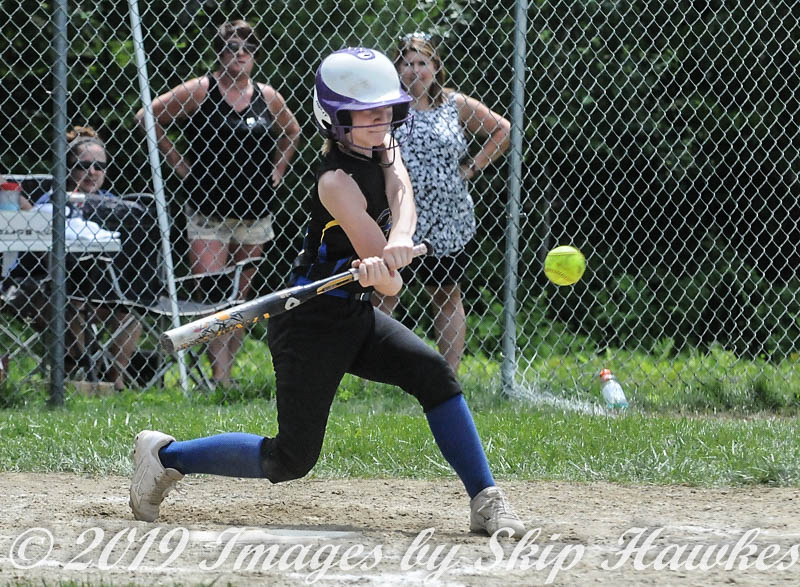 Hermon's Ava Dean puts the ball in play in the bottom of the sixth inning to help the Hawks rally from a 4-2 deficit to score the game winning run. Hermon defeated Kennebunk-Wells 5-4 in the 11/12 softball State Tournament semifinal game in Glenburn Saturday. (Photo by Skip Hawkes)

Trailing 2-0 into the bottom of the fifth, Hermon rallied to score two runs on a walk, an Ava Dean single, and RBI singles from Olivia Johnston and Hope Curry to take a 2-2 game to the sixth inning. 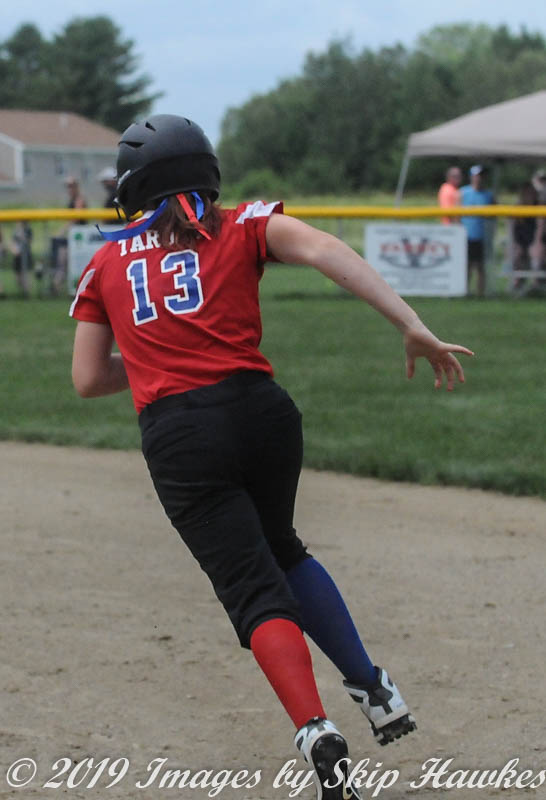 Kennebunk-Wells's Savannah Tardiff rounds first base on her way to a lead off triple in the sixth inning. (Photo by Skip Hawkes)

K-W opened the sixth with a triple by Savannah Tardiff followed by a fielders choice and an RBI single from Delani Brown to plate two more runs and once again jumped on top of Hermon 4-2 before Hermon pitcher Katie Fowler retired the next three batters to end the inning. 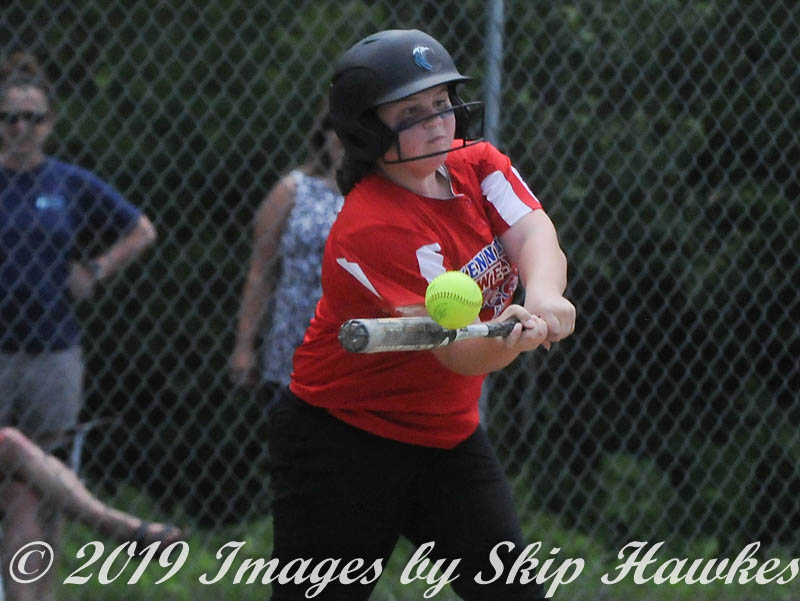 Hermon would once again rally back with two walks, an RBI ground out from Jadyn Krueger, and a two out walk to Norra Idano which set the stage for Ava Dean. She was able to put the ball in play, a hard hit ground ball that was overhtrown to first base allowing Idano to cross home plate with the game winning third run of the inning for the Hawks come from behind win. 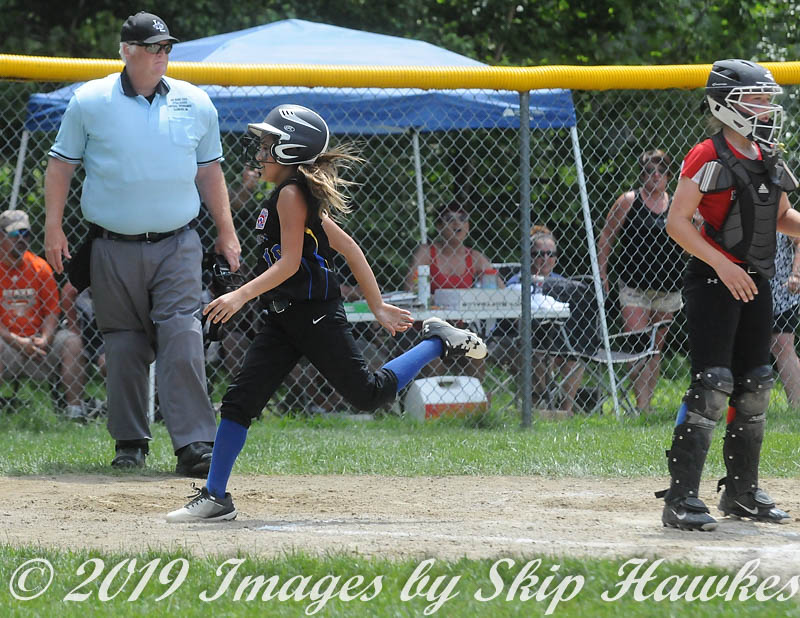 Hermon's Norra Idano crosses home plate with the game winning run in the bottom of the sixth inning. (Photo by Skip Hawkes)

Hermon pitcher Katie Fowler picked up the win from inside the circle. She worked six innings and scattered six hits allowing four runs. She walked two and struck out nine. 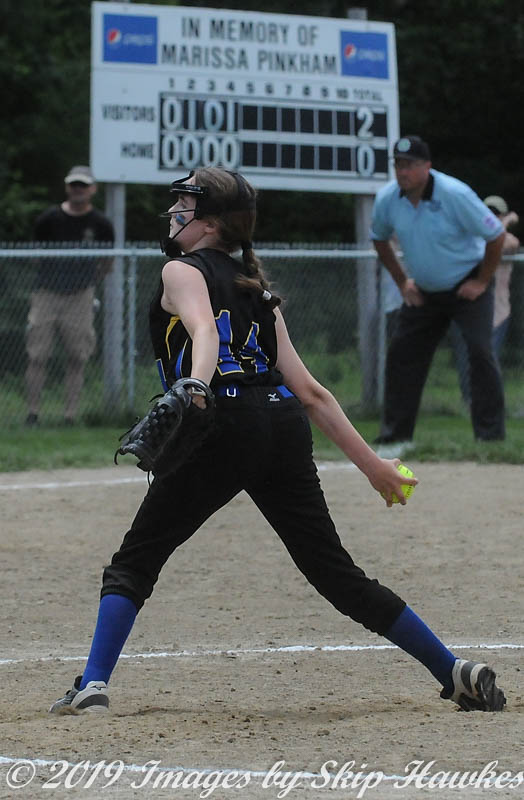 Hermon pitcher Katie Fowler delivers a pitch in the top of the fifth inning. (Photo by Skip Hawkes)