GLENBURN - The Windham 11/12 softball All-Stars came to bat in the top half of the first inning and made a statement, sending 14 hitters to the plate and scoring nine runs in a 15-0 Mercy Rule victory to claim the 2019 State Championship at the Glenburn Little League softball field on Saturday afternoon. Windham hurler Kennedy Kimball kept the Hermon bats silent, as she pitched a no-hitter in the shortened Mercy Rule game. 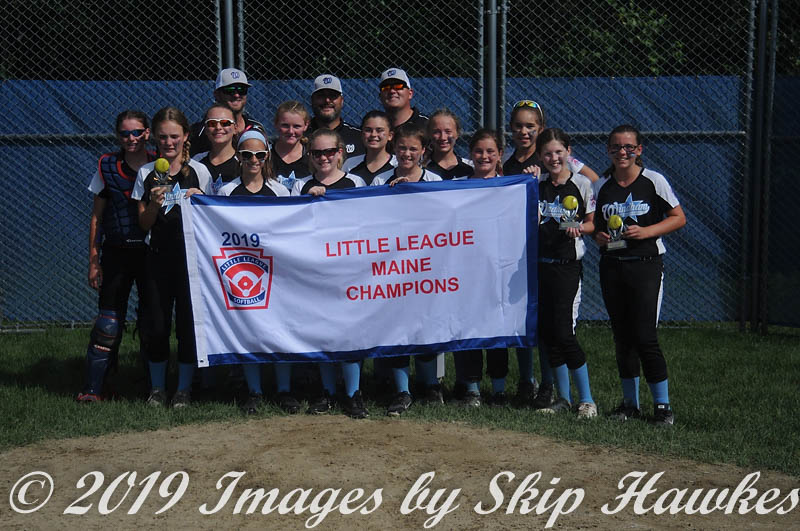 The Windham 11/12 All-Stars softball team displays their banner after capturing the 2019 State Championship in Glenburn on Saturday. They defeated Hermon 15-0 for the win. (Photo by Skip Hawkes) 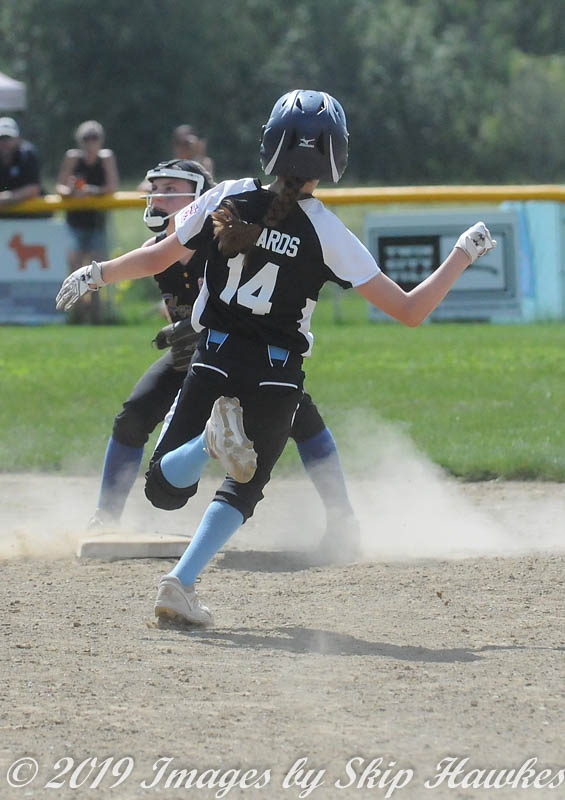 Windham's Chloe Edwards heads to second base with a stolen base. (Photot by Skip Hawkes) 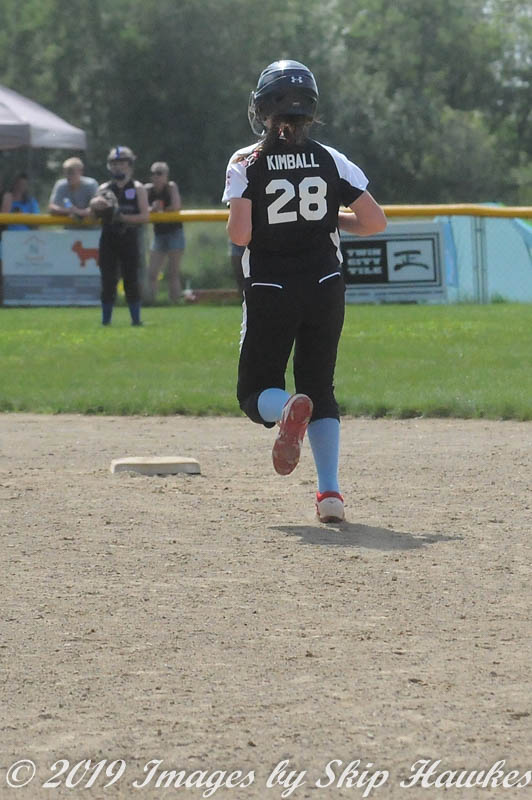 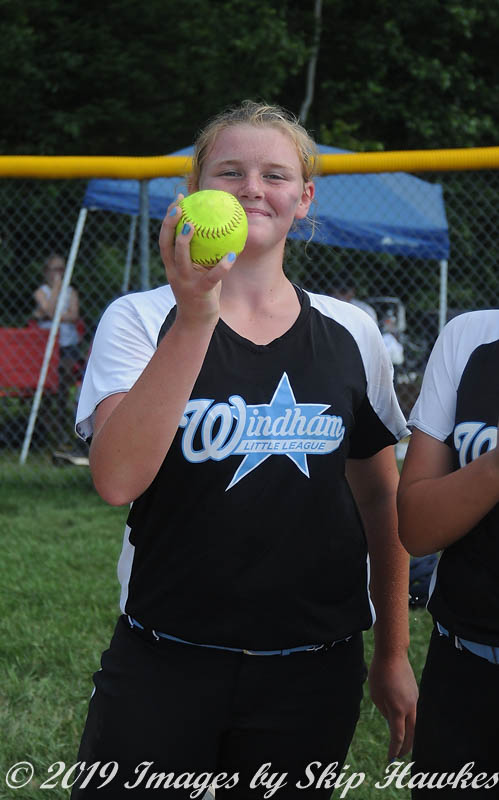 Windham's Kennedy Kimball holds up her game ball after being named the 2019 State Tournament Most Valuable Player. (Photo by Skip Hawkes)

Kimball's no hitter in the championship game completed a tournament in which she also added a Perfect Game win and totaled 48 strikeouts in 21 innings pitched over four games. 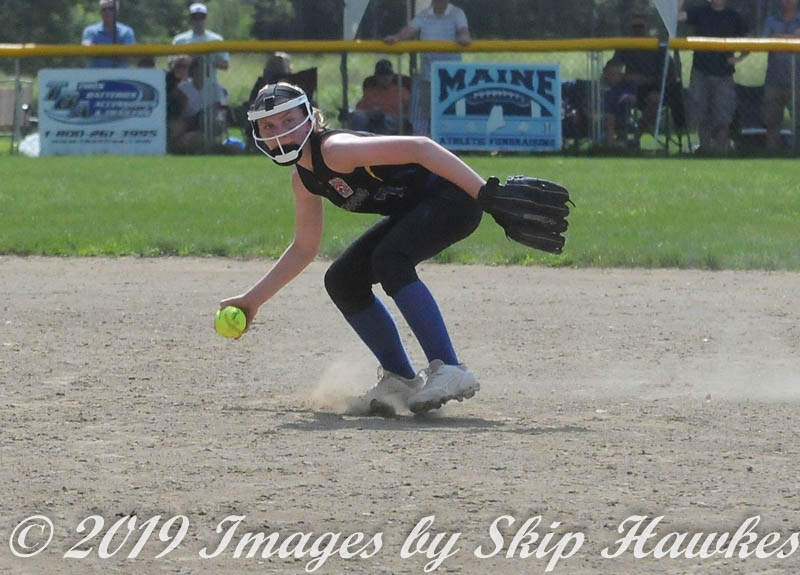 Windham now advances to the Eastern Regional tournament in Bristol, Connecticut which gets underway next weekend.