BANGOR - Wednesday night in Bangor, the Glenburn 8-9-10 softball team had solid pitching, clutch hitting, and excellent defense. All three of those aspects of the game led "Team Brady" to a 5-2 championship game title in the District 3 All-Stars tournament over Hermon. The district championship was the first for a Glenburn softball team in 20 years. 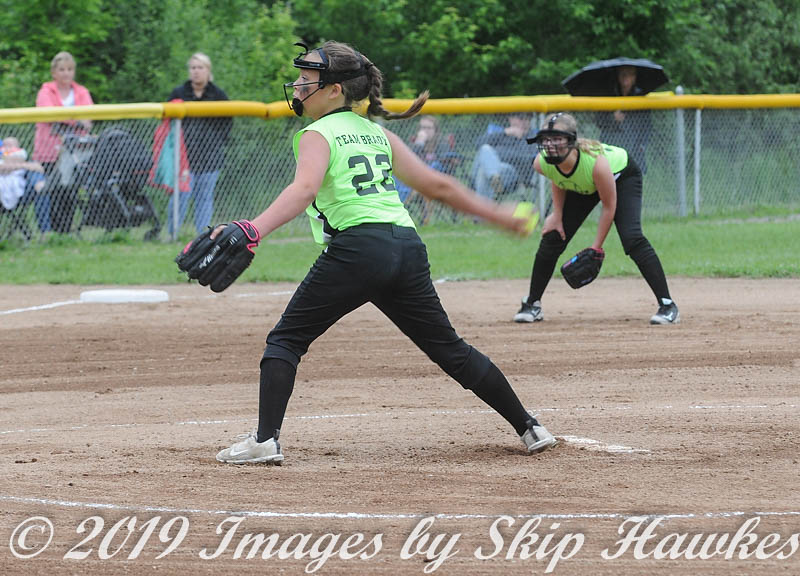 Glenburn took a 1-0 lead in the bottom of the second inning when Audrey Loupin walked and came all the way around to score the first run of the game. Glenburn pitcher Jillian Severance retired all three Hermon batters in order in the top of the third inning, and her team rewarded her in the bottom half of the inning by plating three runs to put Glenburn on top 4-0. Olivia Gilmore provided the lone hit of the night for Glenburn in the inning, but it was a big one. With two runners on base, Gilmore ripped a 2-run double to provide the needed insurance runs. 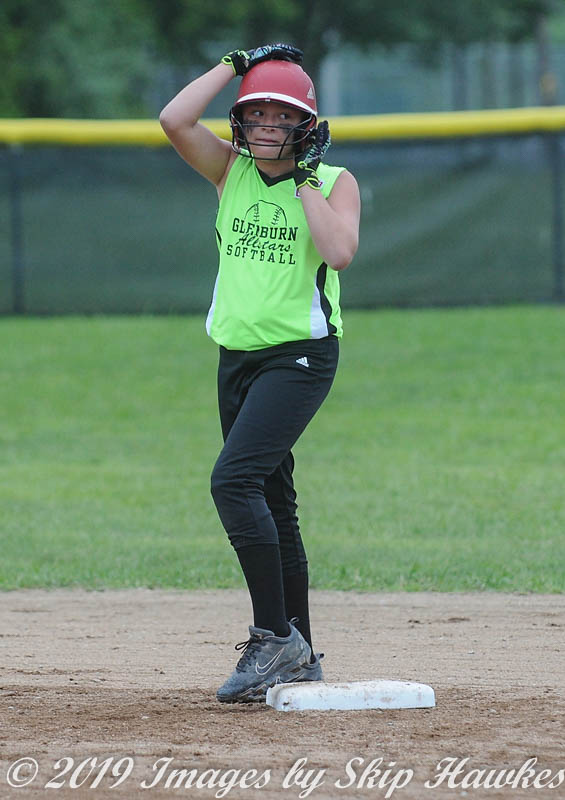 Glenburn's Olivia Gilmore stands on second base after drilling a 2-run double in the third inning. (Photo by Skip Hawkes)

Hermon scored their first run of the game in the fourth inning on bunt singles by Mikelle Lane and Addison Tucker and a fielders choice ground out. 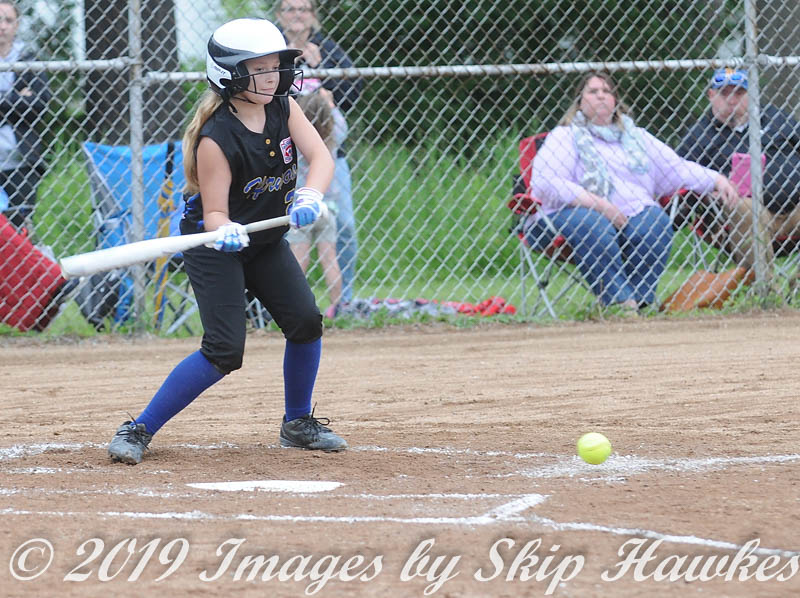 Hermon's Addison Tucker drops down a bunt in the fourth inning. (Photo by Skip Hawkes)

Hermon pitcher Mikelle Lane retired the Glenburn hitters in order in the bottom half of the fourth, all on strikeouts, to hold the Glenburn lead at 4-1.

The Hawks responded in the top half of the fifth inning by adding another run on an RBI single from Brynn Sussee, who had two hits in the game for Hermon. 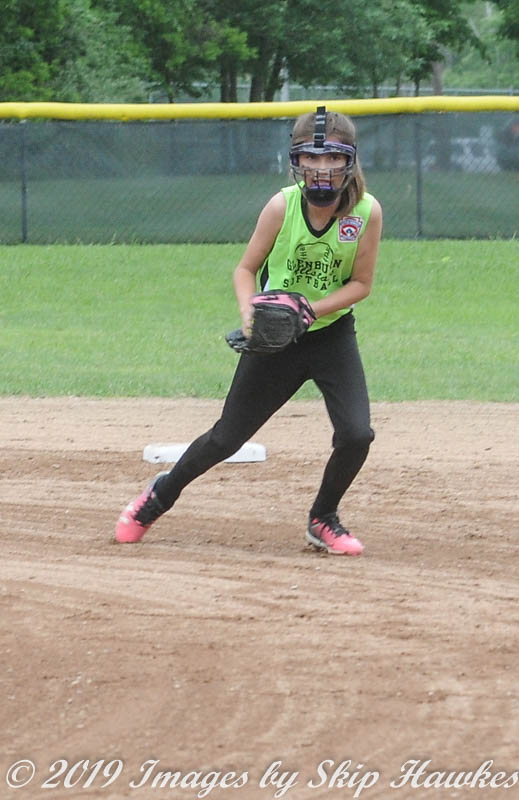 Glenburn second baseman Audra Brooks makes one of three excellent defensive plays she made in the game to retire a Hermon batter. (Photo by Skip Hawkes)

Glenburn plated their final run in the bottom half of the fifth inning for a 5-2 lead, and Severance went to work inside the circle for the Chargers in the top of the sixth. She struck out the first two batters she faced, walked the third batter of the inning, and then closed the game out in true Severance fashion with her 11th strikeout of the game.

Severance scattered four hits in the game, allowing two Hermon runs while walking three and striking out 11 for the win. 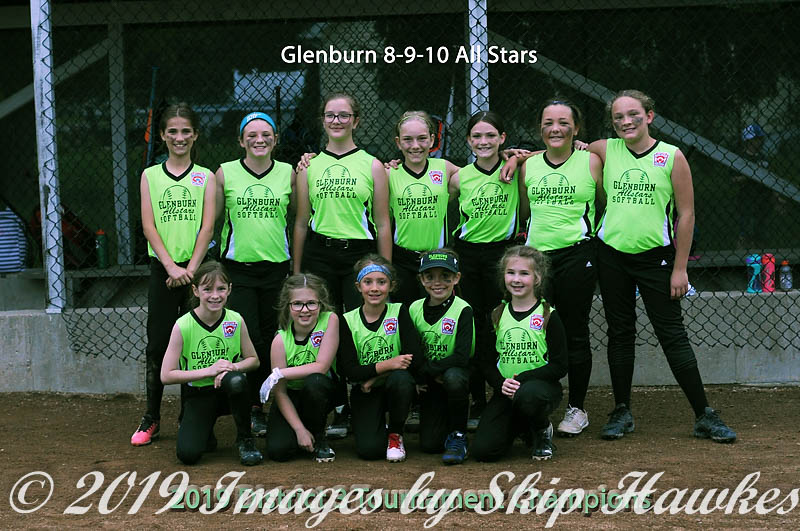 The Glenburn team posed for a team photo in front of their dugout after winning the District 8-9-10 tournament. (Photo by Skip Hawkes)