BANGOR - On a cool and drizzly night at the Bangor West Little League softball field, the Hermon Hawks eliminated the team from Lincoln with a 10-3 win for their third consecutive victory out of the losers bracket in the 8-9-10 District 3 softball tournament. 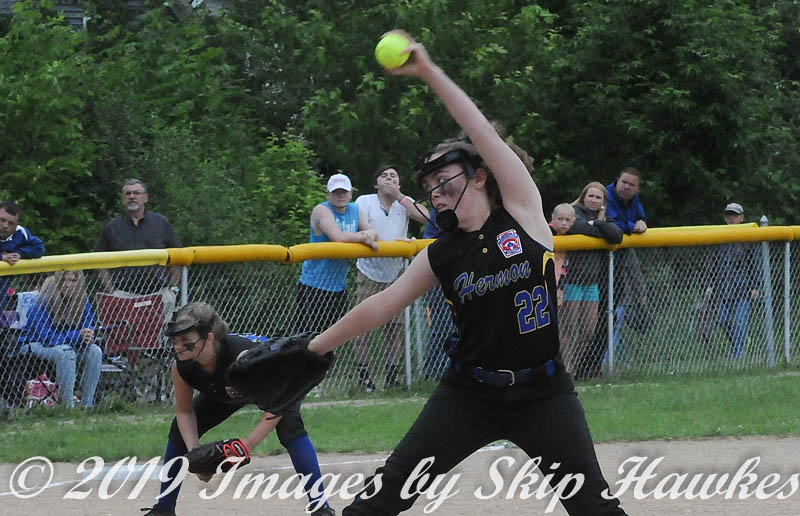 Hermon's Mikelle Lane (22) winds up to deliver a pitch during the 8-9-10 softball District 3 tournament in Bangor Tuesday night. Hermon eliminated Lincoln from the tournament with a 10-3 victory. (Photo by Skip Hawkes)

Mikelle Lane was on top of her game from inside the circle Tuesday night, as she dominated the Lincoln bats with 16 strikeouts over the six innings. Lane allowed just two hits, both RBI triples in the fifth and sixth innings, and she walked six. She struck out the side in four of the six innings she pitched. 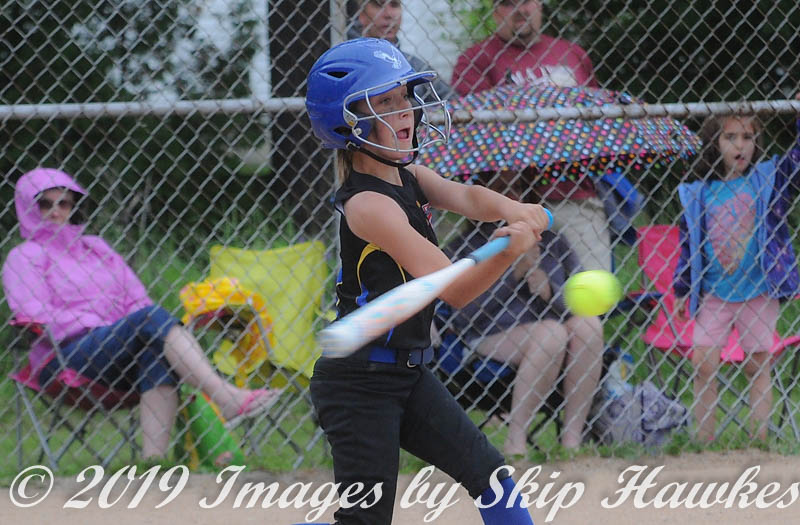 Hermon's MacKenzie Gallant puts the ball in play for a base hit to lead off the bottom of the first inning. (Photo by Skip Hawkes)

The Hawks plated two runs in the bottom of the first inning and added three more in the second inning to take a 5-0 lead. Lane allowed just two Lincoln base runners over the first two innings.
Both teams were scoreless in the third inning, as neither team had a base runner. Both Lane and Lincoln pitcher Julianna Cloukey struck out the sides in order in the inning. 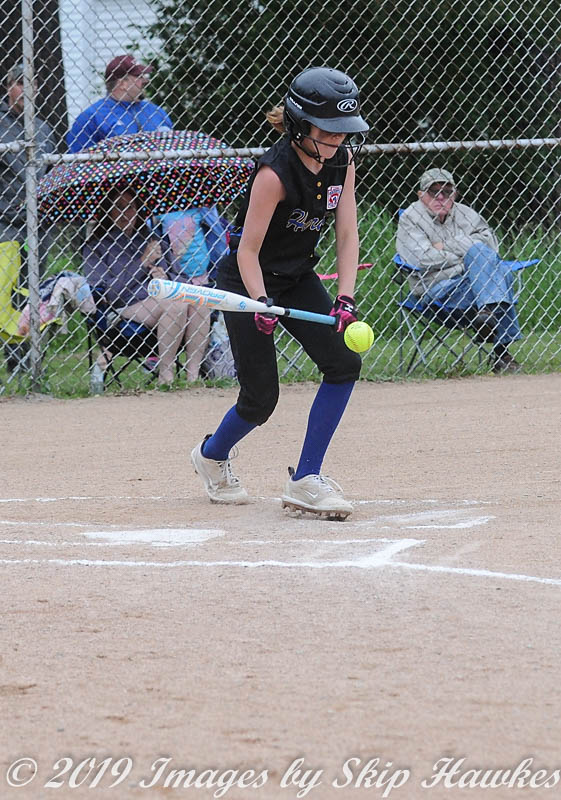 Hermon's Rebecca Balmas drops down a bunt during the game. (Photo by Skip Hawkes)

Hermon scored three more runs in the bottom of the fourth inning, highlighted by an RBI single from Brynn Sussee, to make the score 8-0.

In the top of the fifth inning, after a two out walk, Lincoln got their first hit of the game when Brooklynn Raymond drove a shot over the right fielders head for an RBI triple. 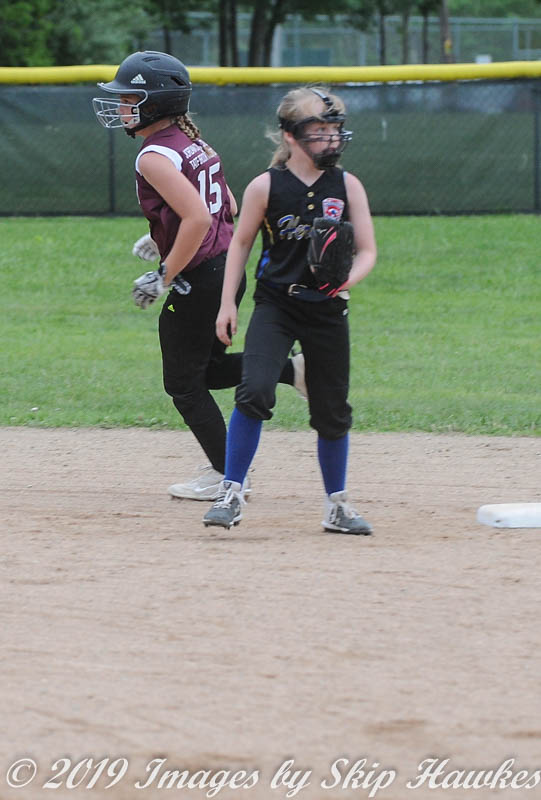 Lincoln's Brooklynn Raymond (15) rounds second base on her way to third for an RBI triple in the fifth inning. Hermon shortstop Brynn Sussee waits for the ball to come back in. (Photo by Skip Hawkes)

Hermon plated two more runs in the bottom of the fifth on a walk, some wild pitches, and a base hit by Maddie Tracy to increase their lead to 10-1. Lincoln scored two runs in the top of the sixth on a walk, an RBI triple by Cloukey, and a ground out RBI to make the score 10-3. Hermon's Lane struck out the sixth batter she faced in the inning for her 16th of the game and bring an end to the contest. 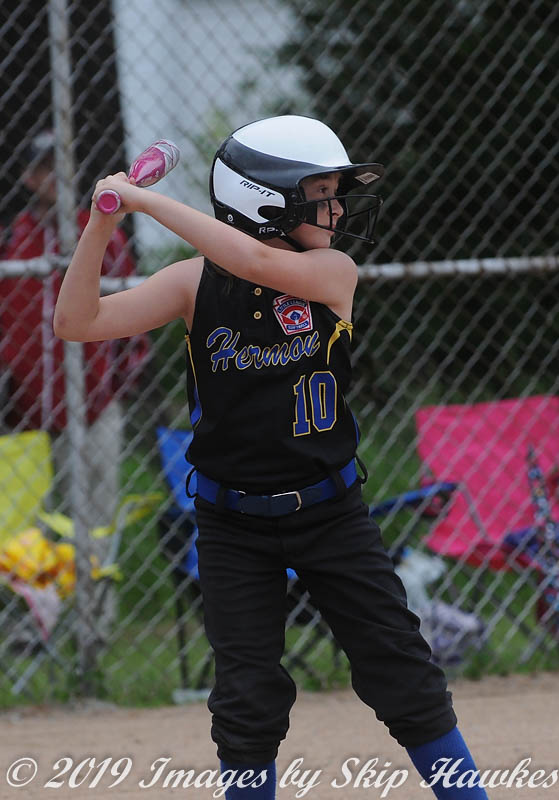