BANGOR - The Hermon Hawks used a combination of clutch hitting and solid pitching to roll over Bronco Little League 14-2 in a four inning Mercy Rule win on Monday night in an 8-9-10 softball District 3 tournament game at the Bangor West Little League complex. 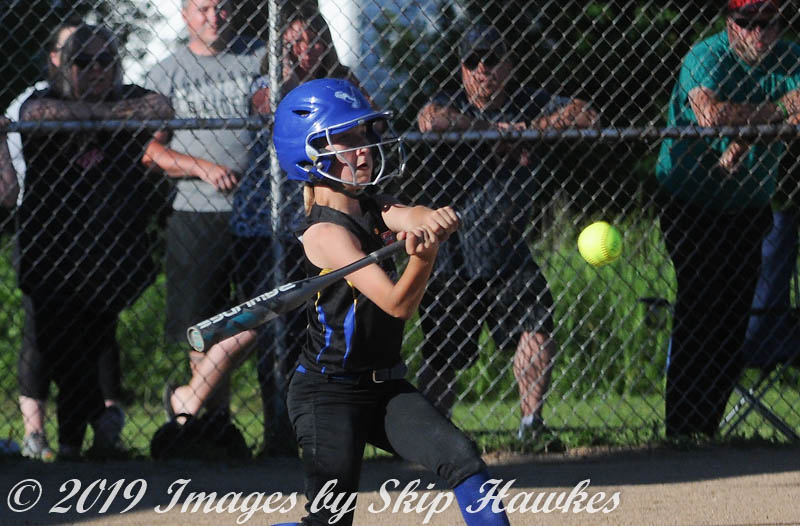 Hermon took the early lead with a 7-run first inning, taking advantage of a number of free passes via the base on balls and some clutch hitting including and RBI single by Mikelle Lane. 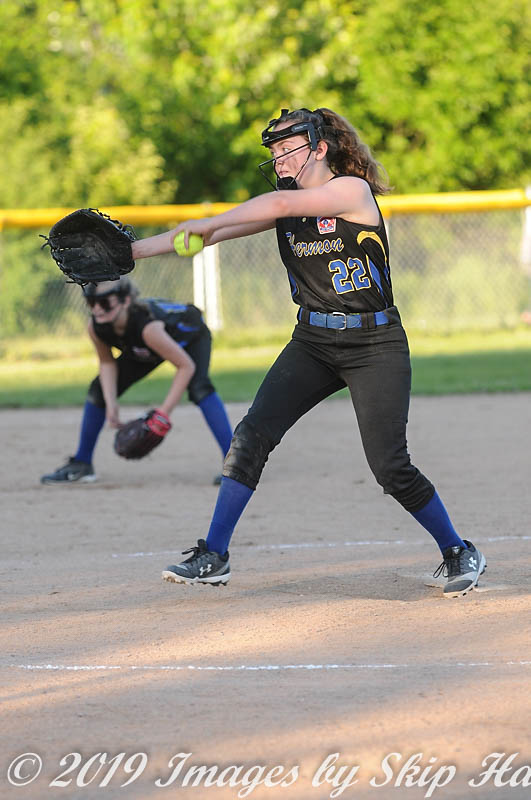 Hermon pitcher Mikelle Lane delivers a pitch during the second inning of the game. (Photo by Skip Hawkes)

The Hawks added six more runs in the top of the third inning, highlighted by a Maddie Tracy run scoring single and a 2-run single by Brynn Susee, for a 14-0 lead.

The Bronco bats were able to take advantage of a struggling Lane in the bottom of the third inning as they plated two runs to stay alive for another inning cutting the score to 14-2 after three innings. 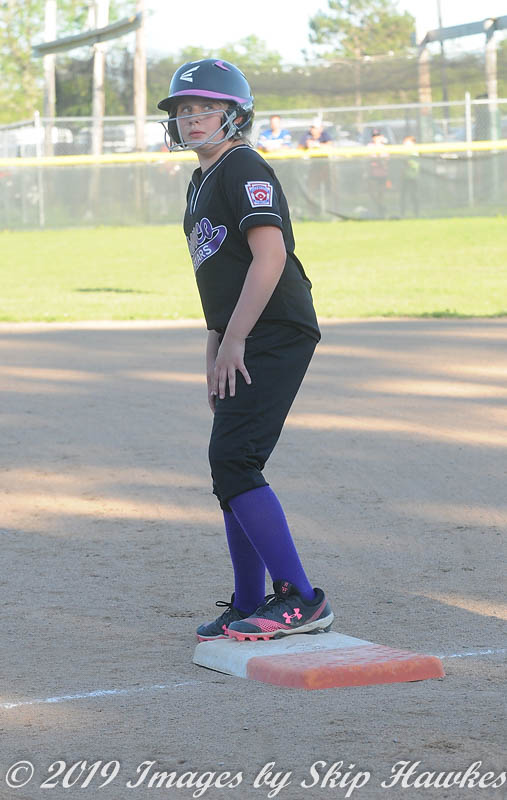 Bronco's Makayla Shaw takes a look at her coach. (Photo by Skip Hawkes)

Both teams went scoreless in the fourth inning, giving Hermon the Mercy Rule win. The Hawks improve to 2-1 in the tournament, and move on to play Lincoln on Tuesday night at 6:00 p.m. The Bronco team is eliminated from the tournament, and finishes with a 1-2 record. 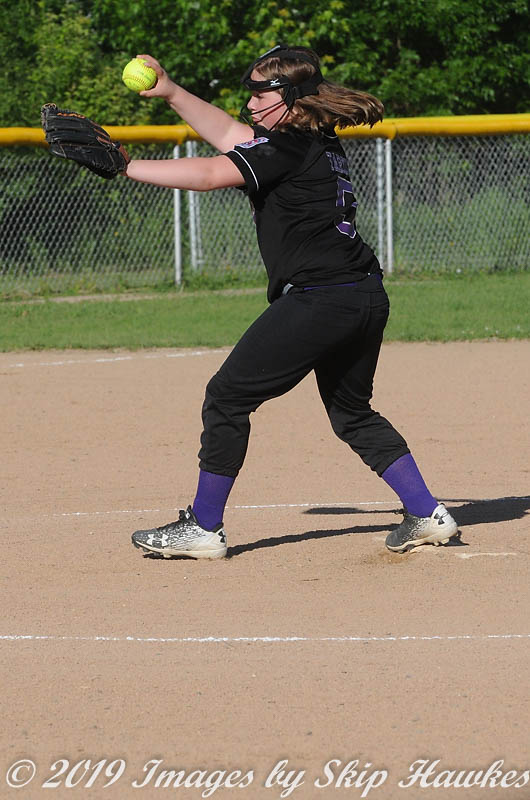 Bronco pitcher Charlotte Tardiff winds up to deliver a pitch in the first inning. (Photo by Skip Hawkes)