GLENBURN - Saturday morning in Glenburn, the 5th-6th grade boys basketball tournament hosted by the Glenburn Rec Department got underway. The 8-team tournament consists of eight Pool Play games on Saturday, followed by four more on Sunday leading up to the semifinal and championship games. Tournament teams include Milford, Nokomis, Hermon and Ellsworth in Pool A, and Hampden, Orono, Brewer and host team Glenburn in Pool B. 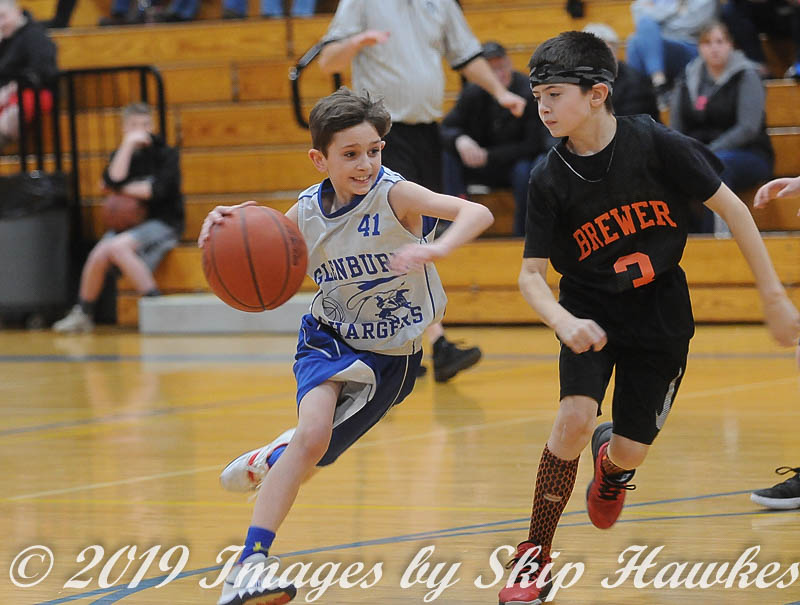 In the opening game of the tournament, Ellsworth used a 14-6 third quarter to pull away from Hermon on their way to a 40-21 victory. 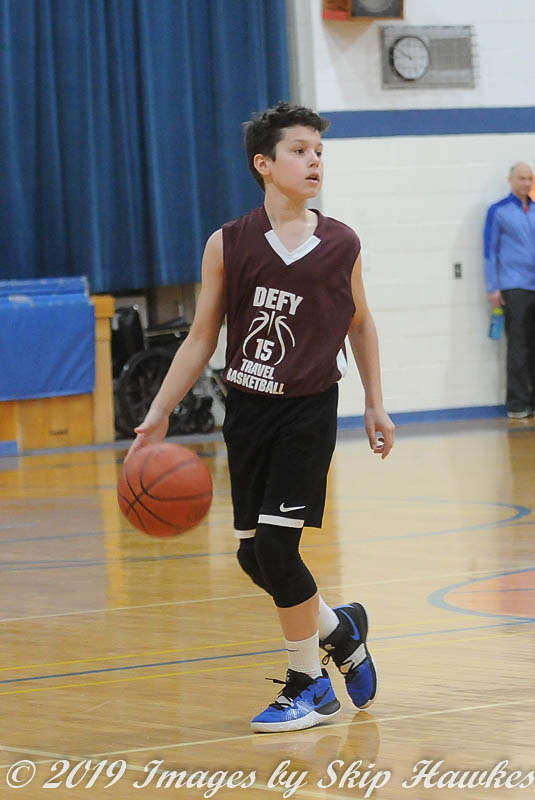 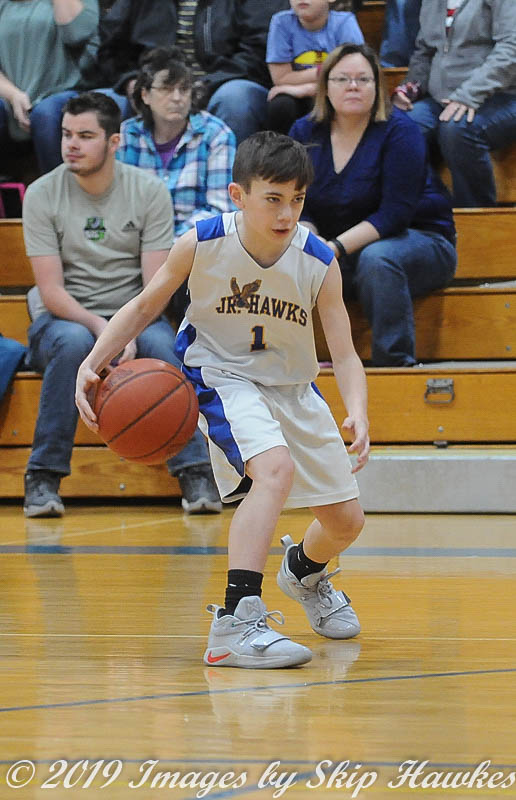 Hermon's Bruce Coulter looks over the floor as he brings the ball up court. (Photo by Skip Hawkes)

In the second game of the morning, Brewer pulled out to a 15-6 first quarter lead, and took a 24-16 lead into half time. Glenburn closed out the the third quarter with six unanswered points to pull within two points of Brewer at the buzzer 28-26. Logan Williams gave the Chargers their first lead at 29-28 with 5:25 remaining in the fourth quarter. The Chargers matched Brewer basket for basket the rest of the way and pulled out a 36-34 victory. 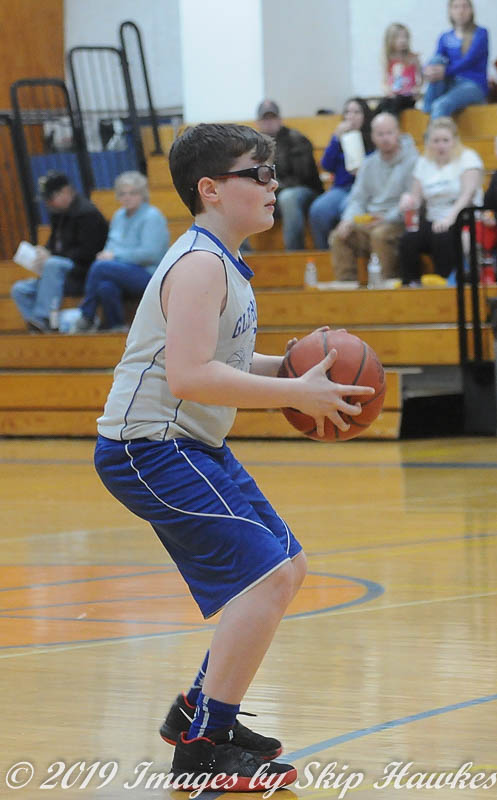 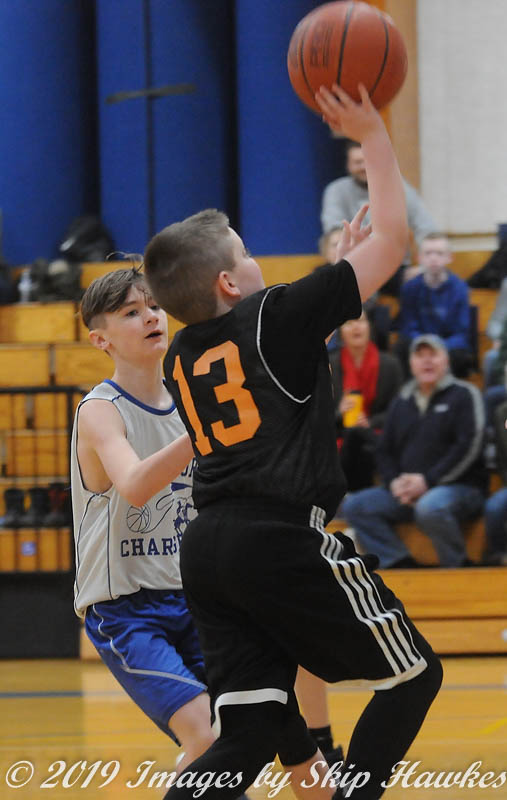 Brewer's Brady Tiensivu (13) puts up a shot during the second half. (Photo by Skip Hawkes)

In game three of the morning, Nokomis sailed to a 53-14 win over the Milford Wildcats. After a 6-4 first quarter lead, Nokomis opened up the scoring with a 13-0 second period to take a 19-4 lead into the half time break. The Warriors would out score the Wildcats 34-10 over the second half for the win. 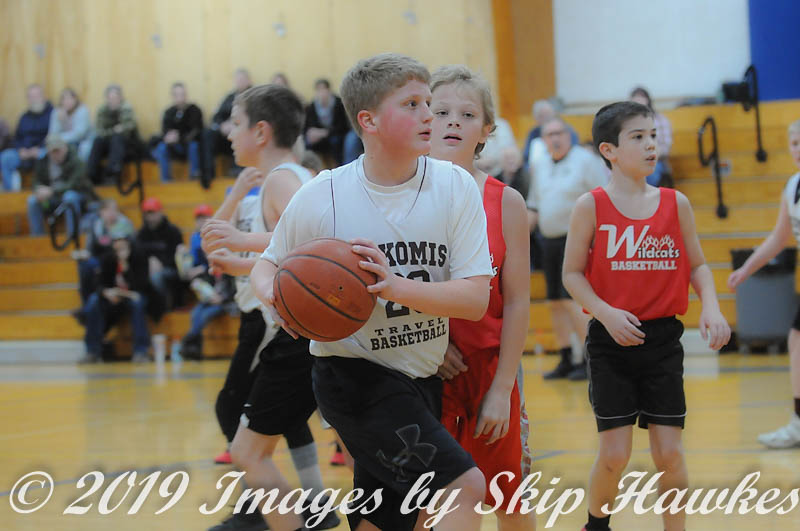 Nokomis player Aiden Anderson (with ball) looks to the ref after a whistle. (Photo by Skip Hawkes) 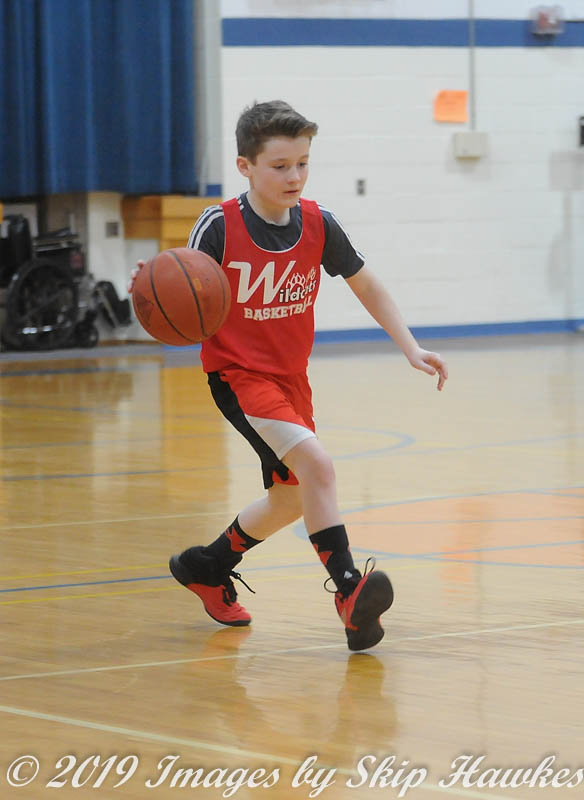 In the fourth game, the first game of the afternoon session, Hampden opened with a 10-6 first quarter and held a 19-15 lead over Old Town/Orono Y at the half. Orono out scored Hampden 9-6 in the third quarter to cut the Broncos lead to 25-24 heading into the final period. Orono took a 30-25 lead in the fourth quarter, and both teams scored five points the rest of the way as Orono pulled off the 35-30 victory over Hampden. 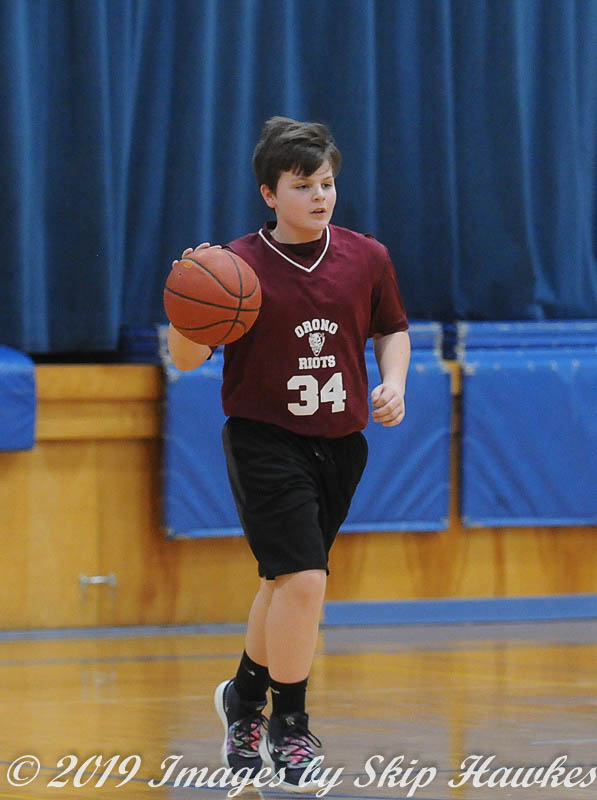 Orono's Kace Walston brings the ball up the court. (Photo by Skip Hawkes)

Orono was led in scoring by Noah Schaff with a game high 14 points, Jack Brewer with eight points, and Kase Walston with six points. 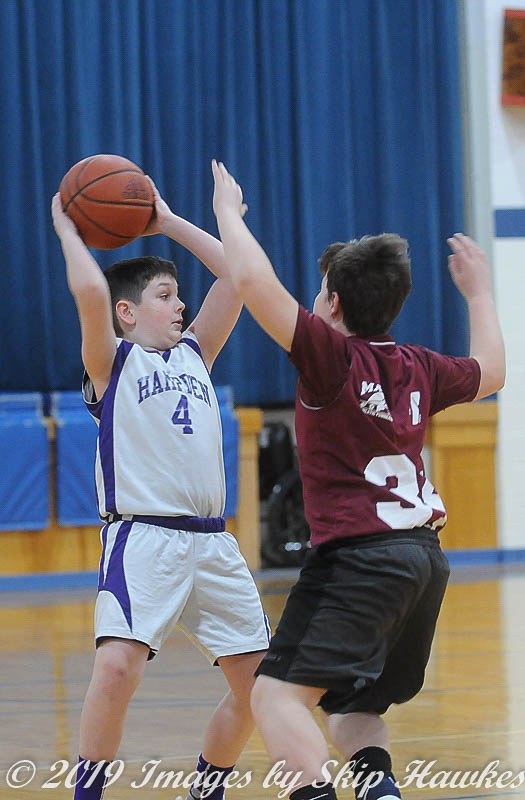 Hampden's Kaysen Wiseman (4) looks to pass the ball while being defended by Orono's Kase Walston. (Photo by Skip Hawkes)