GLENBURN - Sunday night at the Glenburn School, the Hampden 5th/6th grade boys came out of the losers bracket to defeat Orono 40-28 in the Championship game to win the Glenburn Rec tournament behind double digit scoring from Nick Johnston and Mason Studley. 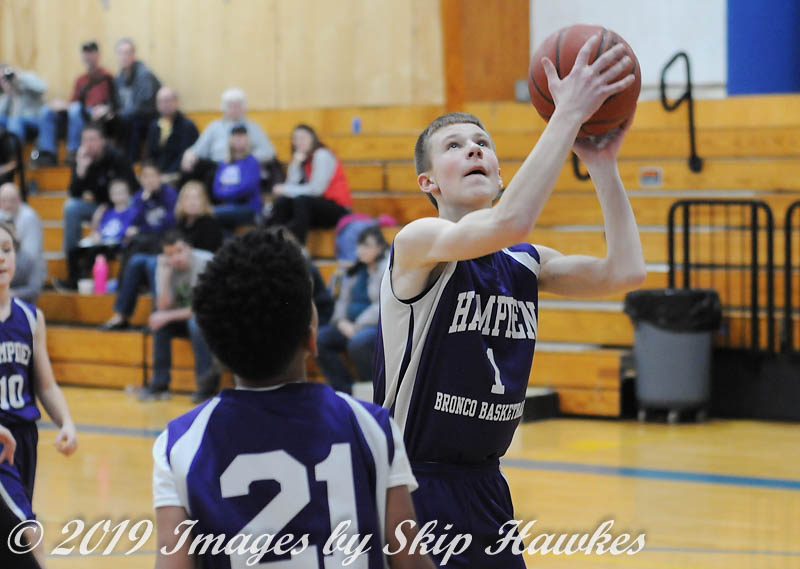 Hampden's Nick Johnston (1) looks to the basket before putting up a shot during the Championship game of the Glenburn Rec 5/6 boys tournament Sunday night in Glenburn. Hampden defeated Orono 40-28 in the game. (Photo by Skip Hawkes)

After falling to Orono 35-30 on Saturday, the Broncos went on to defeat Glenburn and Brewer in poll play for a 2-1 record. In the first semifinal game, Hampden defeated previously undefeated Ellsworth 36-28 behind Johnston's game high 14 points.

Orono went 2-0 on Saturday with the win over Hampden and a win over Brewer  to end the days games. The Red Riots added another victory on Sunday over Glenburn to enter the semifinals at 3-0.
In the semifinal game against Hermon, the Red Riots trailed the Hawks 17-14 at the half. Orono got the edge in the second half out scoring Hermon 25-16 for the 39-33 win. Noah Schaff led Orono with 17 points in the game, and Kace Walston added 11 points. 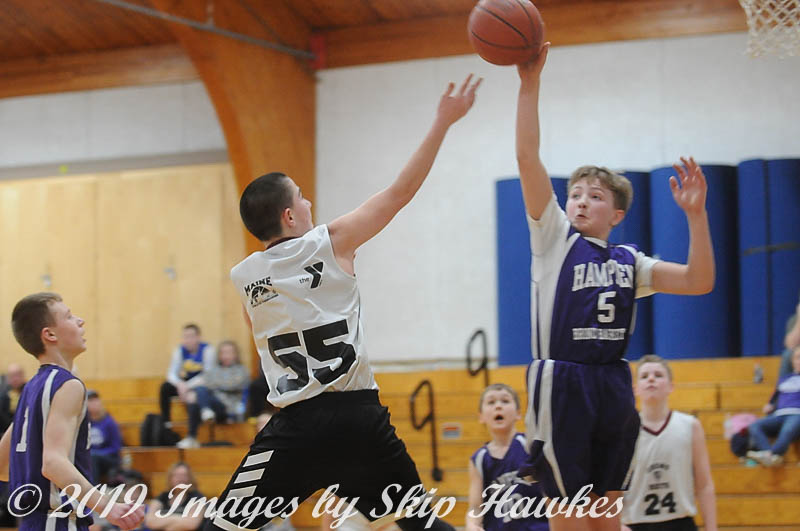 Hampden took a 14-8 first quarter lead over Orono in the championship game behind eight points from Andy Heneghan. After an 8-8 second quarter, the Broncos held onto their six point lead at 22-16. It would take another quarter before Hampden could begin to pull away from Orono. A 6-6 third period kept the Broncos on top 28-22 heading to the final period. 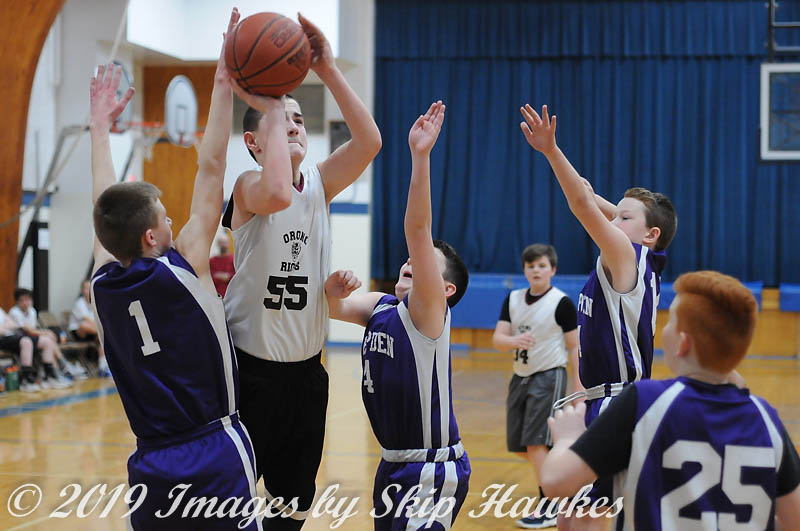 Orono's Noah Schaff (55) puts up a shot as he is swarmed by Hampden defenders. (Photo by Skip Hawkes)

Hampden was able to maintain their six point lead over Orono during the first half of the final period, but with 2:30 to play in the game a basket by Johnston gave the Broncos a 10-point 34-24 lead. Hampden held on the rest of the way for the 40-28 win. 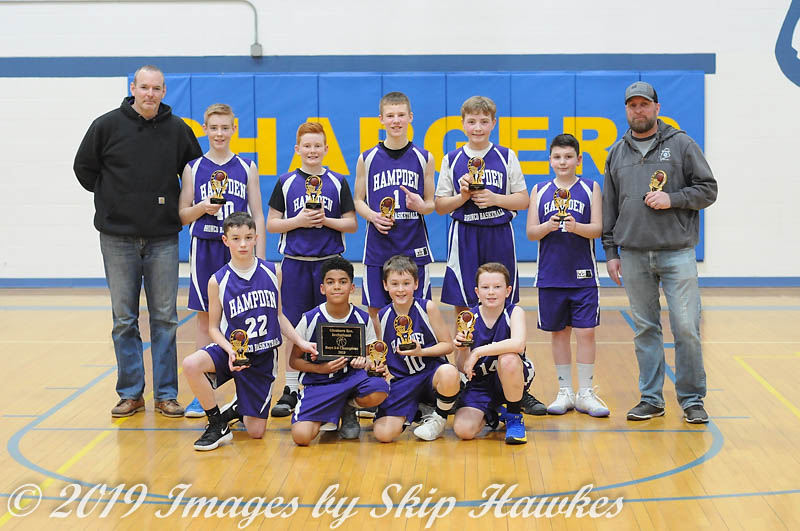 The Hampden boys pose for a team photo after their win over Orono for the championship. (Photo by Skip Hawkes)

Johnston and Studley each scored 12 points to lead Hampden to the win, and Henaghen added eight points. Zubayr Toms scored six points, and Aiden Kochendoerfer chipped in with two points.  The Broncos went a perfect 4-for-4 from the free throw line. 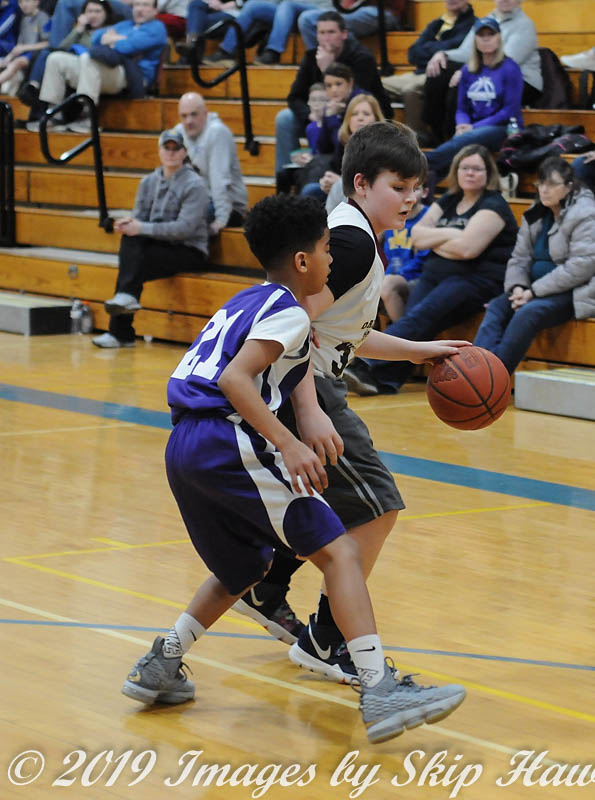 Schaff scored a game high 17 points to lead Orono in scoring. Kace Walston added six points, Bergen Soderberg scored five points, and Matthew Allen had two points. The Red Riots had three 3-point baskets, two by Walston and one by Soderberg, and they went 5-for-11 (45 percent) from the charity stripe.