GLENBURN - The Presque Isle 3rd-4th grade girls overcame a 4-point loss on Saturday to the China team by rolling to a 28-13 victory over the HERicanes on Sunday night to win the 2019 Glenburn Rec tournament for the second consecutive year. 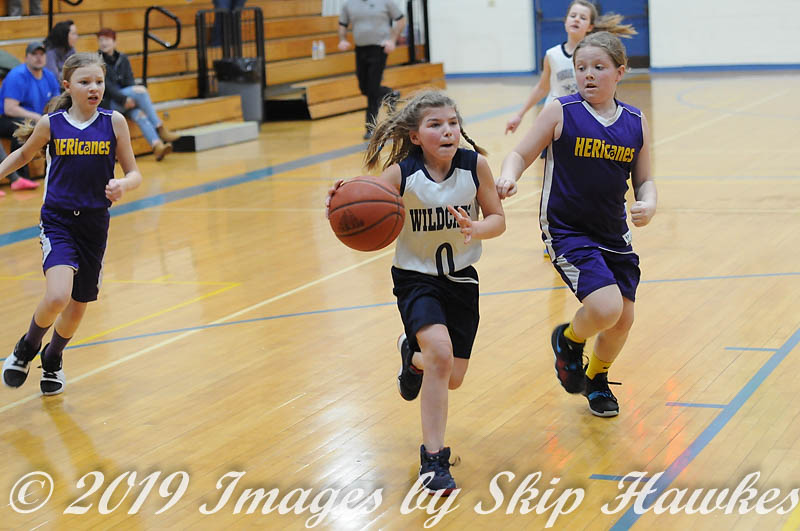 Presque Isle and China both won easily in their semifinal contests to get to the championship game. China had to face Lawrence in the first semifinal game, and after a very low scoring (5-3) first half they used a 14-4 third quarter to pull away from the Bulldogs for the 26-14 win. The HERicanes defeated Lawrence 26-14 in a semifinal game on their road to the championship. (Photo by Skip Hawkes)

After taking a 6-2 first quarter lead over Foxcroft, Presque Isle pulled away from the Ponies in the second quarter with a 17-4 score to take a 23-6 lead into halftime. The Wildcats out scored Foxcroft 15-7 over the second half for the 38-13 win in the second semifinal game. 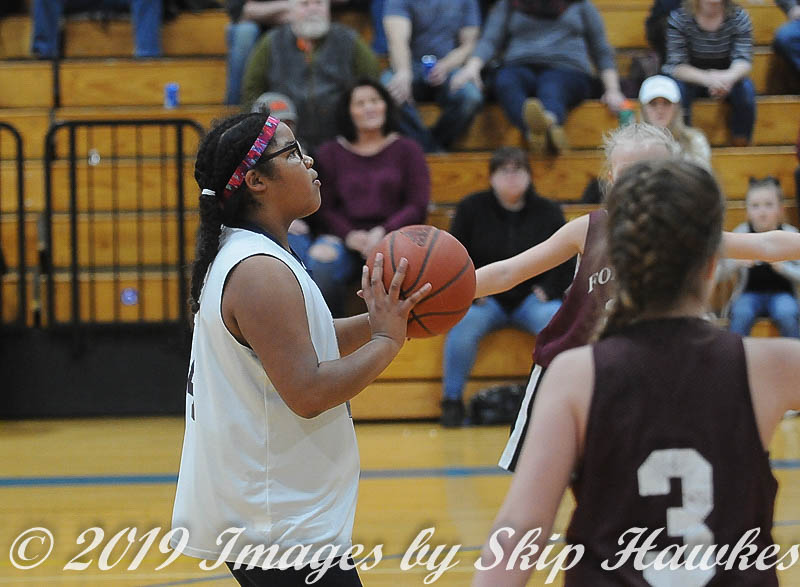 Presque Isle cruised to a 38-13 semifinal win over Foxcroft on Sunday to advance to the championship game of the Glenburn Rec 3rd-4th grade girls tournament. (Photo by Skip Hawkes)

Blayne Tardif and Lenora Curtis each scored eight points and Emily Collins added seven points to lead the Wildcats to the win. Allie Cook topped Foxcroft in scoring with a game high 11 points. 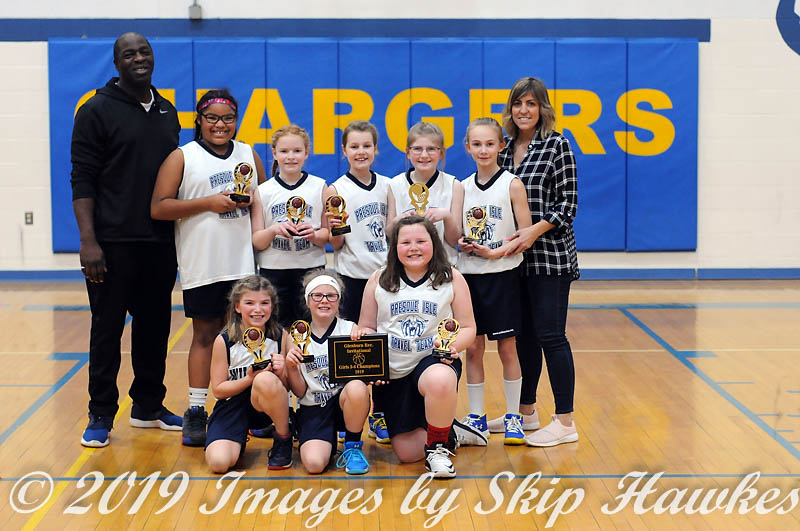 Presque Isle opened the championship game with a 6-0 lead in the first quarter, and led 8-2 at the buzzer. The Wildcats doubled up the HERicanes 8-4 in the second period for a 16-6 halftime lead. 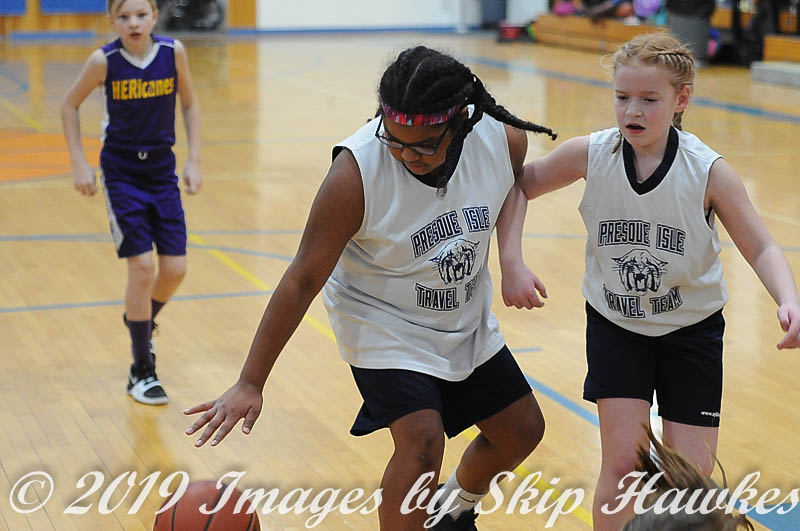 Presque Isle's Lenora Curtis (center) scored in double digits to help the Wildcats come away with a victory in the championship game of the Glenburn Rec 3rd-4th grade girls tournament.
(Photo by Skip Hawkes)

China managed to outscore the Wildcats 4-2 in the third quarter to cut the Presque Isle lead to eight points at 18-10, but the Wildcats rallied back for a 10-3 score in the final period for the 38-13 win.

Lenora Curtis scored a game high 12 points and Blayne Tardiff added 10 points to lead the Wildcats to the win. Maddy Oakes, Emily Collins, and McKinley Cronin each chipped in with two points. Presque Isle went 2-for-8 (25 percent) from the free throw line. China's Lauryn Northrup gets control of a loose ball during the game. (Photo by Skip Hawkes)

Kelsie Dunn scored seven points to lead the HERicanes in scoring. Olivia Childs, Natalie Peaslee, and Johanna Jacobs scored two points each to wrap up the scoring for China. They went 1-for-4 (25 percent) from the charity stripe.