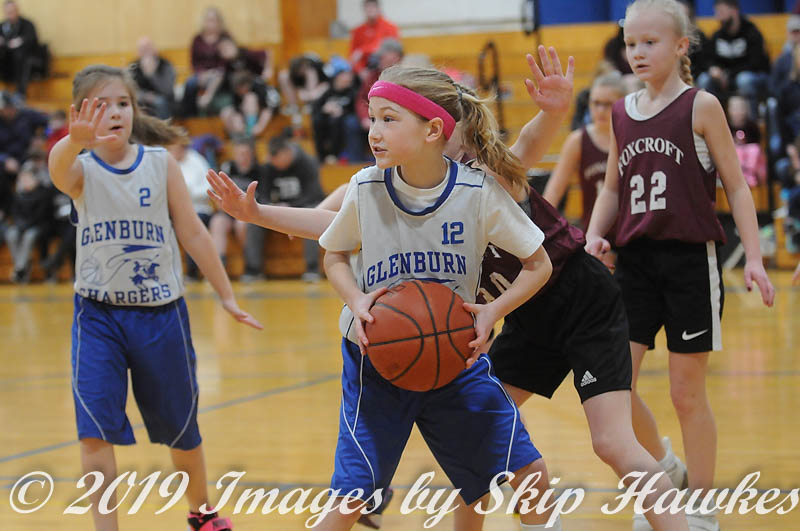 The Glenburn Chargers were host of a 3rd-4th grade girls basketball tournament on Saturday at the Glenburn School. (Photo by Skip Hawkes)

In the first game of the day, Presque Isle used a 9-4 second quarter to pull away from Ellsworth on their way to a 27-11 victory. They led 15-8 at the half, and out scored Ellsworth 12-3 over the second half. 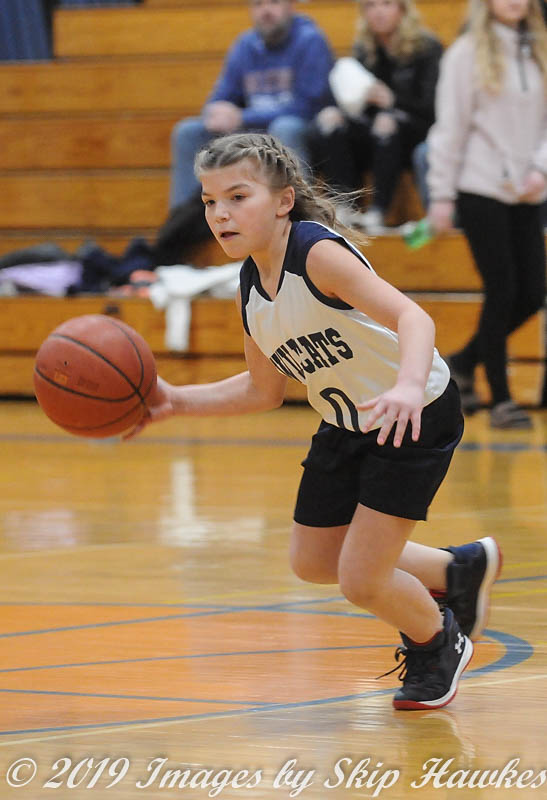 In game two, the host team Glenburn led 6-4 after the first quarter, but Foxcroft took the lead with an 11-3 second quarter for a 15-9 half time score. The Chargers were unable to make up the deficit as the Ponies went on to a 23-17 win. 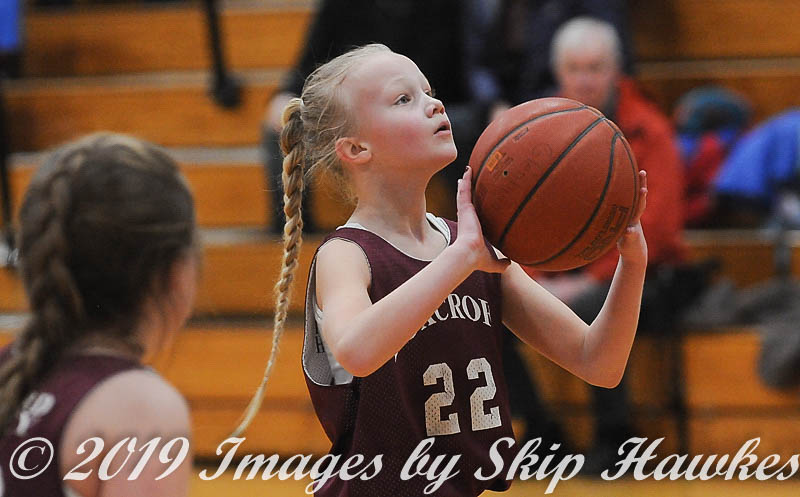 Foxcroft picked up a 23-17 win over Glenburn in the second game of the tournament on Saturday morning. (Photo by Skip Hawkes)

Allie Cook topped all scorers with 19 points to lead Foxcroft, while Payson Hall and Kendall Killiam each chipped in with two points. Glenburn got eight points from Eve Wiles and five points from Mallory Lausier. Abby Folsom and Emily Caulkins each scored two points.

The China HERicanes opened game three with an 11-0 first quarter to help propel them to a 28-12 win over the Houlton Shiretowners. 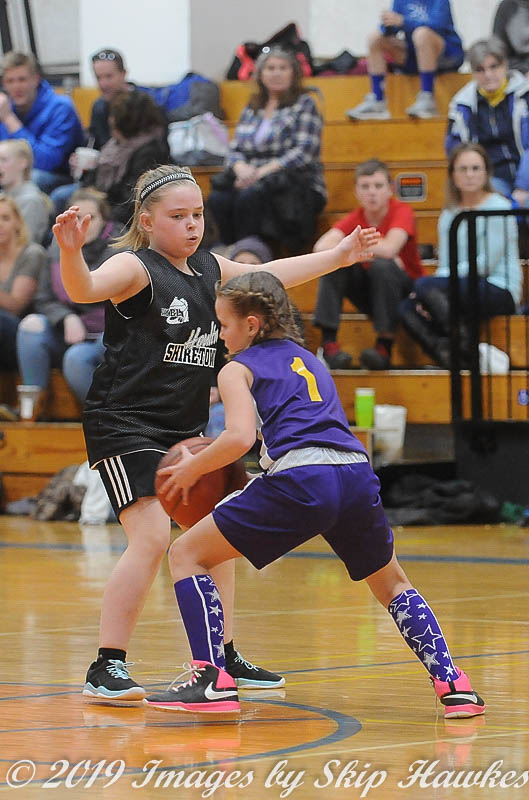 China was led in scoring by Kelsie Dunn with a game high 14 points and Olivia Childs with eight points. Scoring for Houlton was Marissa Barton with a team high eight points, and both Reagan Wright and Allison Worthly with two points each.

In the fourth game of the tournament, Lawrence opened with a 12-1 first quarter and put the game away with a 7-0 second quarter for a 19-1 halftime lead. Lawrence had the edge in the second half with a 10-8 score for a 29-9 victory over Orono. 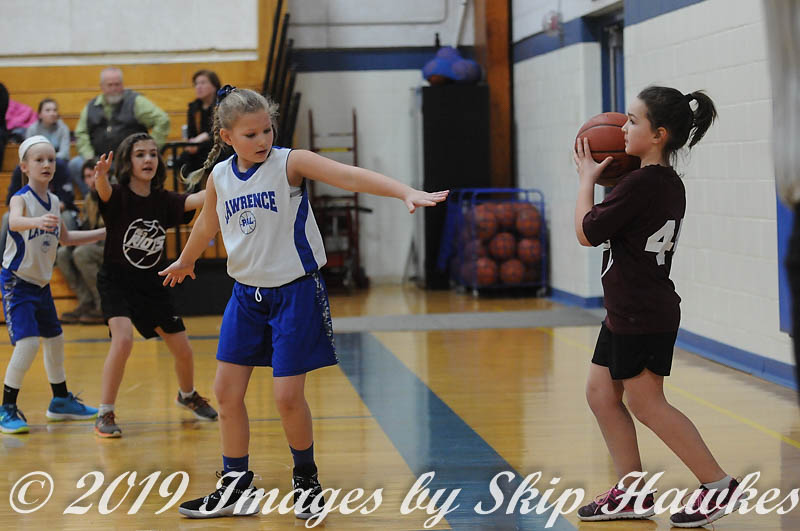 Lawrence cruised to a 29-9 victory over Orono in the fourth game of the day. (Photo by Skip Hawkes)

Jaycee Elkins and Addison Lambert each scored six points to pace Lawrence, while Izzy Drake and Harper Lawrence both added four points. Lila Ouellette provided all the scoring for Orono with a game high nine points.