HAMPDEN - Tuesday night at The Stable inside Hampden Academy, Evan Nadeau and Andy Czapiga each scored in double digits to help spark the Red Devils to a 50-41 victory over the Orono Red Riots to claim the 2018-19 Penobscot Valley Middle League boys "A" Division Championship. 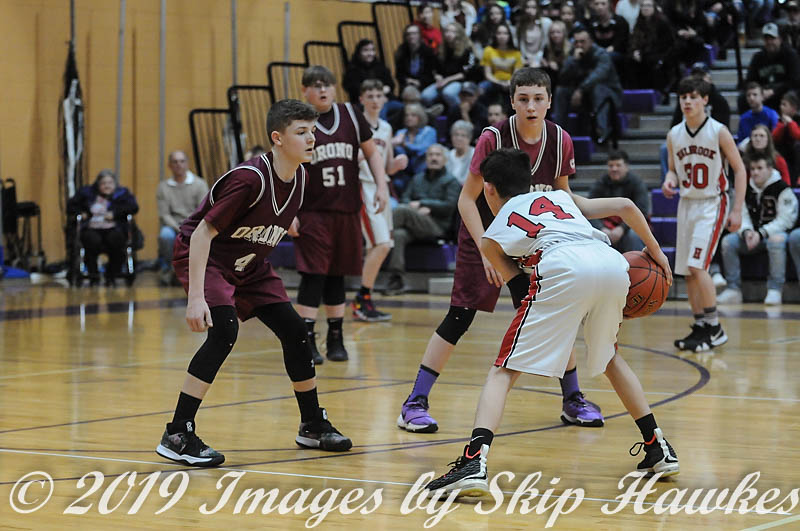 Holbrook's Evan Nadeau (14) looks to make a move on Orono defenders Pierce Walston (4) and Ellis Spaulding during the first half of a PVML championship game in Hampden Tuesday. Holbrook won the game 50-41. (Photo by Skip Hawkes)

The Red Riots led by five points at 11-6 with just over three minutes left in the opening quarter, and closed the period with an 11-9 lead. 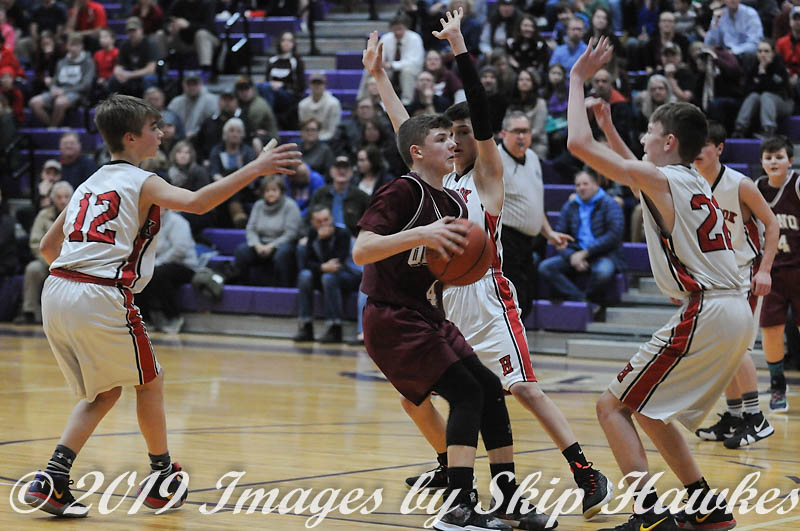 Orono's Pierce Walston (center) gets surrounded by three Holbrook defenders during the first half of the game. (photo by Skip Hawkes)

Orono opened the second quarter with a 4-0 run to take a 15-9 lead, but Holbrook scored seven unanswered points and took the lead at 16-15 with 3:44 left in the half. The Red Devils scored six more points and closed the first half with a 22-15 lead after out scoring the Red Riots 13-4 in the second period. 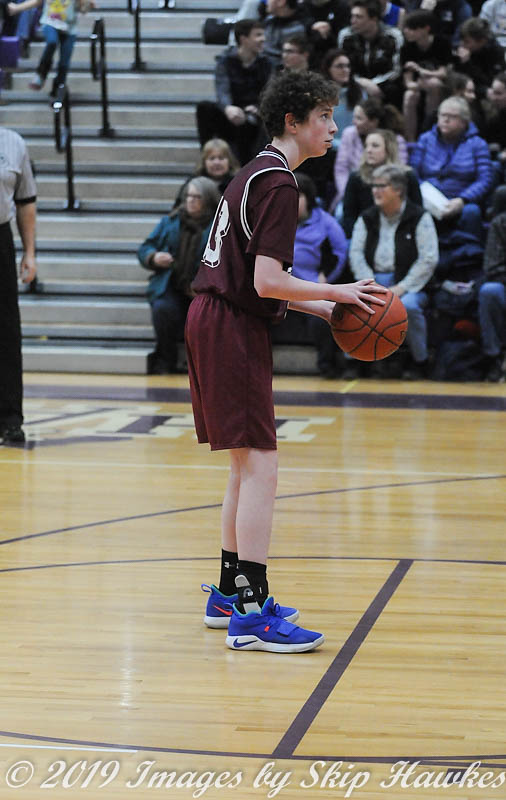 Orono's Lucas Allen gets set to take a foul shot in the second half. (Photo by Skip Hawkes)

The Red Devils let Orono back in the game to start the third quarter, as the Red Riots went on a 12-3 run to pull within two points of Holbrrok (27-25) with 4:31 left in the period. Holbrook closed out the third quarter with a 39-33 lead.

The Red Riots never got closer than six points in the final period as Holbrook out scored Orono 11-8 to close the game with the nine point victory.

Holbrook had four 3-point baskets, two by Czapiga and one each by Pangburn and Boone, and they went 11-for-17 (65 percent) from the free throw line. 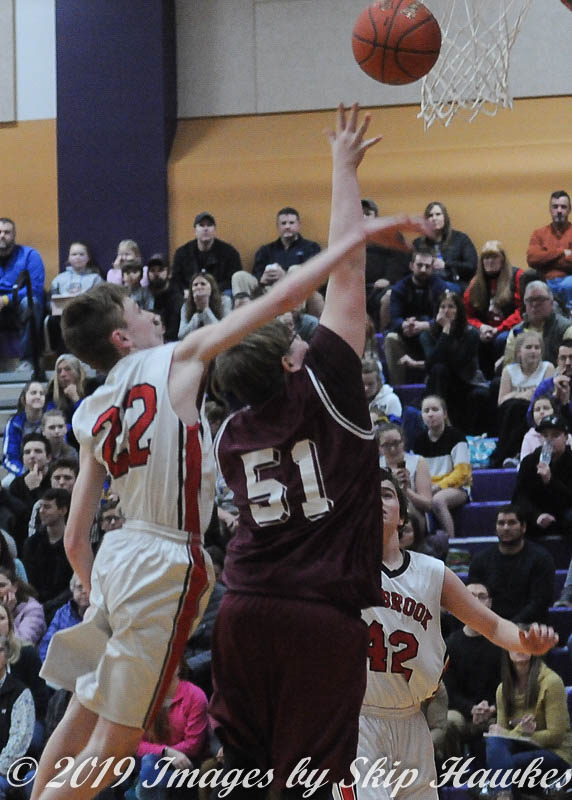 Orono's Noah Parker (51) gets off a shot in front of Holbrook defender Andy Czapiga during the second half. (Photo by Skip Hawkes)

The Red Riots had five 3-point baskets, two each by Walston and Spaulding and one by Gray. They went 6-for-12 (50 percent) from the charity stripe.