GLENBURN - Orono's Pierce Walston scored a game high 21 points to lead the Orono Red Riots boys middle school A team to a 58-35 victory over the Glenburn Chargers at the Glenburn School on Tuesday night. 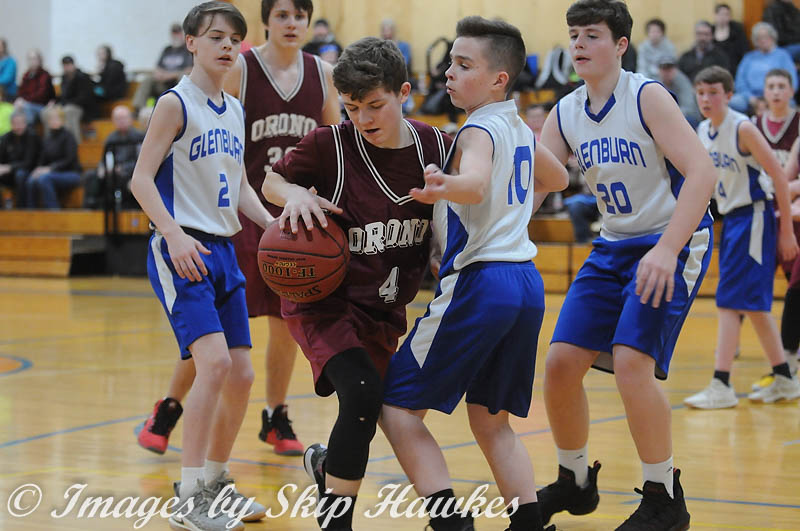 Orono's Pierce Walston (4) looks to clear the ball out away from Glenburn defenders Reese Kenney (2), Yates Emerson (10), and Andrew Day during a middle school game in Glenburn on Tuesday. Orono won the game 58-35. (Photo by Skip Hawkes)

Orono opened the game on a 9-0 run with 5:11 still left in the opening quarter, and they would never relinquish the lead for the remainder of the game. They led 13-0 in the first quarter with three minutes still to play, and it would be 1:36 still remaining when Glenburn finally got on the board on a basket by Ryan Guy. Orono closed the period with a 21-4 lead. 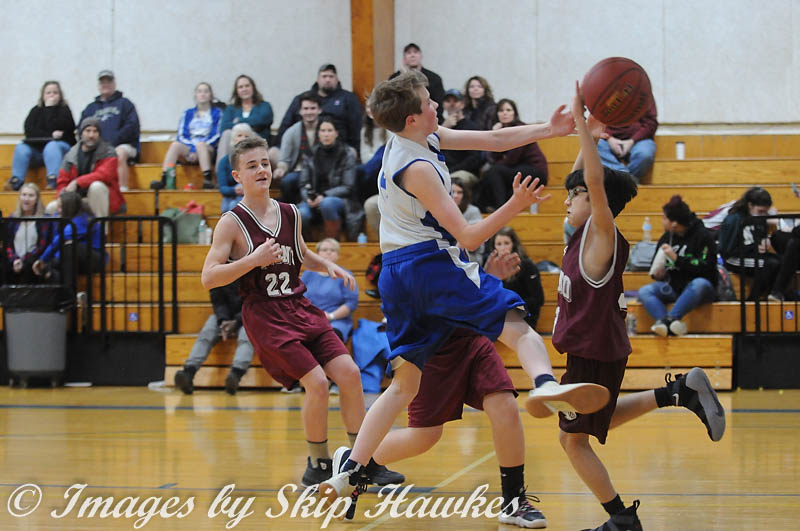 Glenburn's Brandon Butterfield (center) tries to get a shot up over Orono's Hashim Wise (right) during the first half. (Photo by Skip Hawkes)

After the Red Riots out scored Glenburn 17-6 in the second quarter to take a 38-10 half time lead, the Chargers went on to out score Orono 25-20 over the second half. The first half deficit proved to much for the Chargers to overcome. 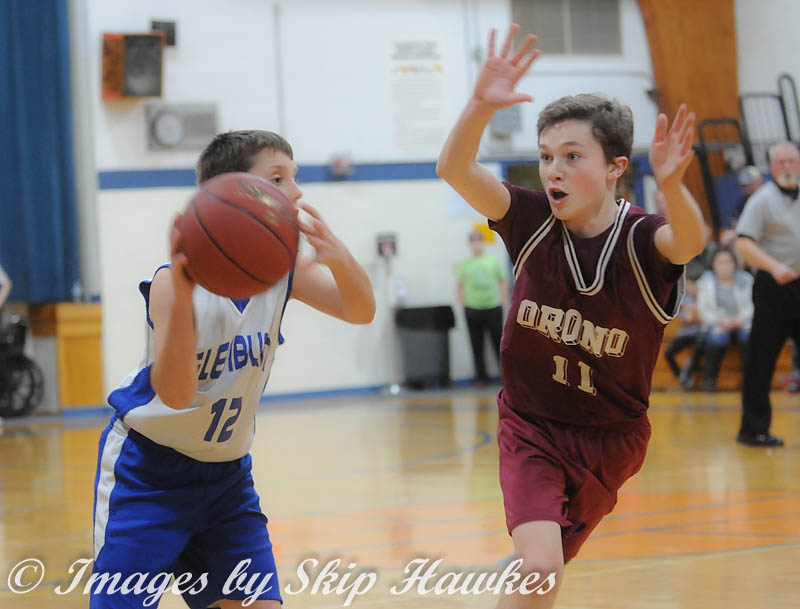 Glenburn's Tony Bisson (12) looks to pass the ball past Orono's Mason Kenney during the first half. (Photo by Skip Hawkes)

Orono had seven 3-point baskets, two each by P. Walston, K. Walston, and Spaulding, and they went 1-for-4 (25 percent) from the free throw line. 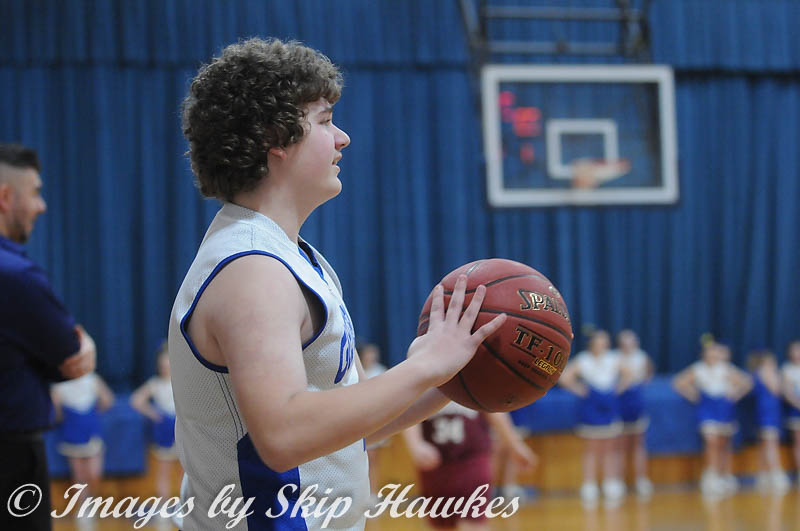 Glenburn had three 3-point baskets, one each by Butterfield, Kenney, and Emerson, and they went 6-for-7 (86 percent) from the charity stripe.