GLENBURN - Sunday night in Glenburn, the Ellsworth Downeast Family Y (DEFY) girls remained undefeated as they cruised to a 51-13 victory over Hampden to claim the 2019 Glenburn Rec 5th/6th grade girls tournament championship at the Glenburn School. 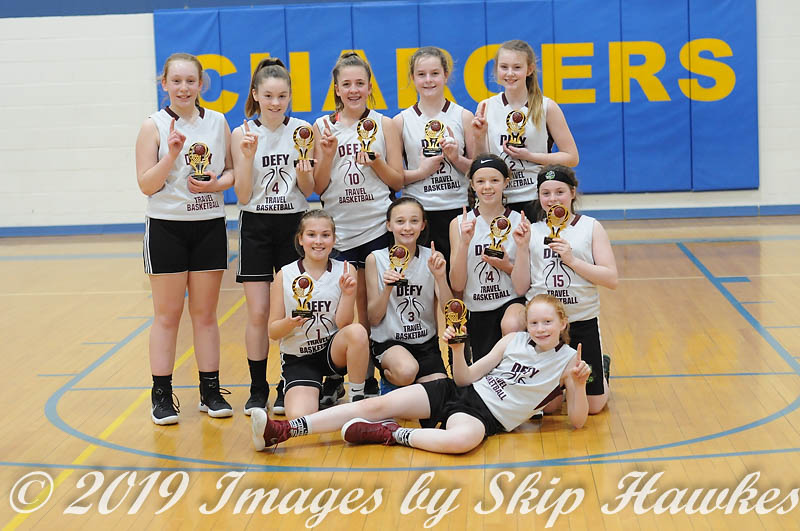 The Ellsworth girls pose for a photo after winning the Glenburn Rec's 5th-6th grade girls basketball tournament on Sunday. Ellsworth defeated Hampden 51-13 in the game. (Photo by Skip Hawkes)

Click Here to view all games photographed during the tournament

Ellsworth, the early favorite to win the tournament, went undefeated and never really faced a challenge throughout the tourney. All 10 players scored in the game, showing a very balanced offense. Ellsworth put the game away early, out scoring Hampden 21-0 in the opening quarter. Including the regular 2018-19 travel season, Ellsworth lost only one game all season. The Hampden girls pose for a photo after the championship game. (Photo by Skip Hawkes)

Hampden, a team which came into the tournament having won only two games all season, impressed everyone as they went 3-2 during the tourney. The road to the championship game was a long one for the Hampden girls. After an early morning loss on Sunday, Hampden then found themselves playing in three consecutive games. A 3-point win over Nokomis and another 3-point win over Lawrence put Hampden into the championship game with just five minutes of rest between each game. 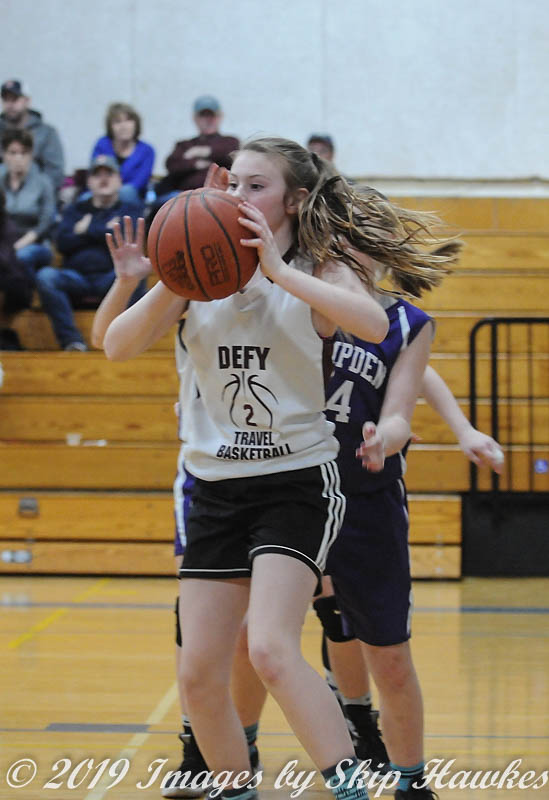 Ellsworth's Anna Stevens (2) looks to clear out the ball. (Photo by Skip Hawkes) 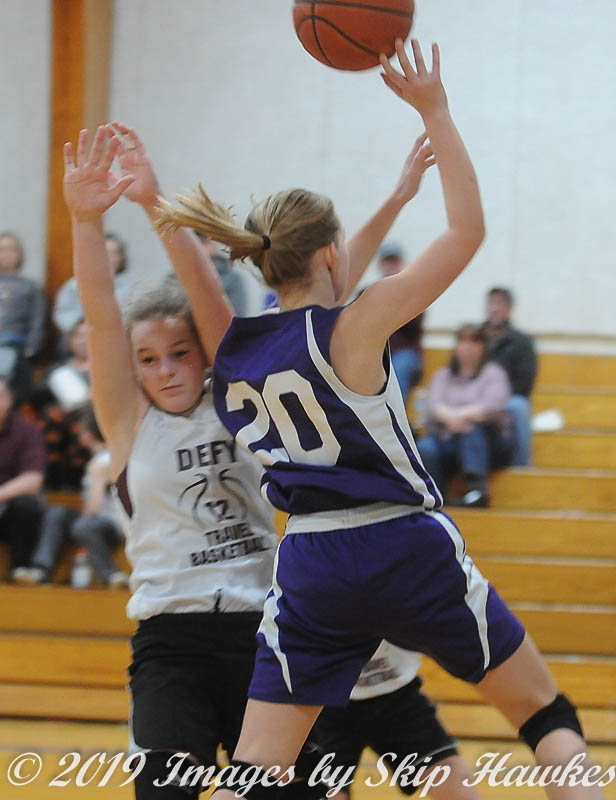