GLENBURN - Thursday night at the Glenburn Community School, the Center Drive School of Orrington girls B Team cruised to a 26-15 victory over the Glenburn Chargers. 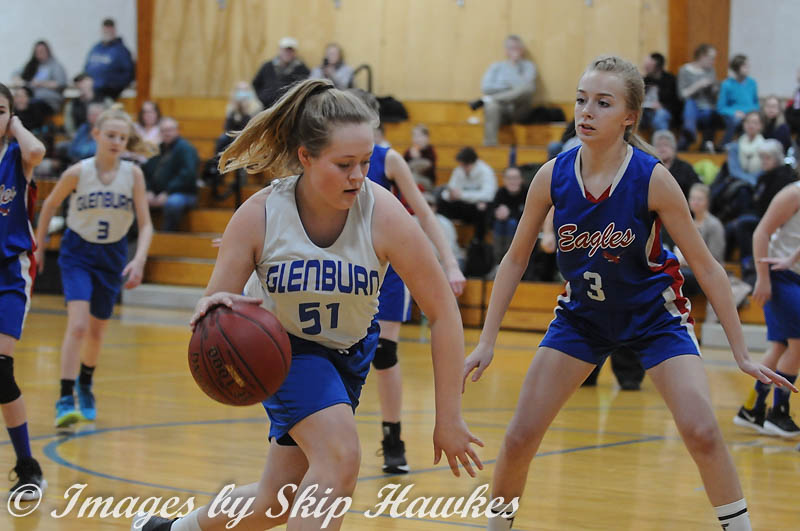 Glenburn's Allison Wilson (51) looks to drive past Orrington's Madison Gerald during a B Team game in Glenburn Thursday. Orrington won the game 26-15. (Photo by Skip Hawkes)

Orrington opened the game with a 4-0 lead just under four minutes into the first quarter, and they never looked back closing out the period with a 10-2 lead. The Chargers never led in the game, but they did out score the Eagles 6-3 in the second quarter to close the half time gap to 13-8. 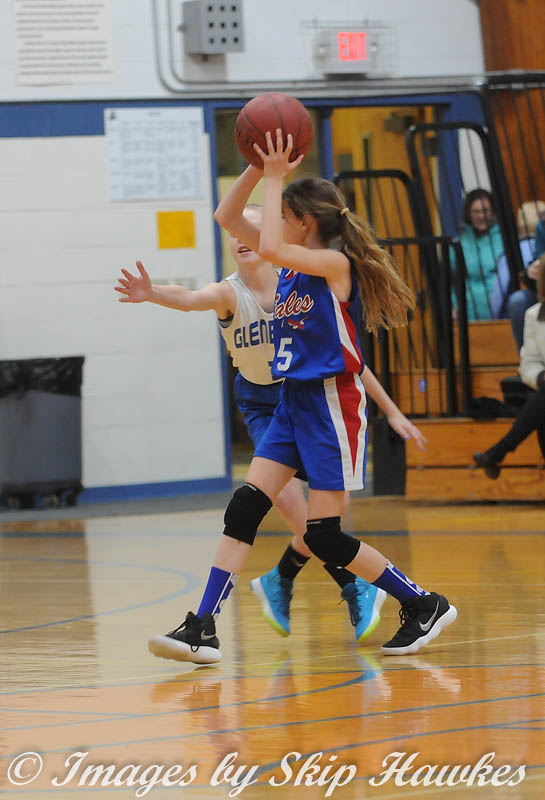 Orrington's Gabby Roberts (5) looks to pass the ball during the first half. (Photo by Skip Hawkes)

Both teams managed just three points in the third quarter, but the Eagles finished with a 10-6 fourth quarter for the 11 point, 26-15, margin of victory. 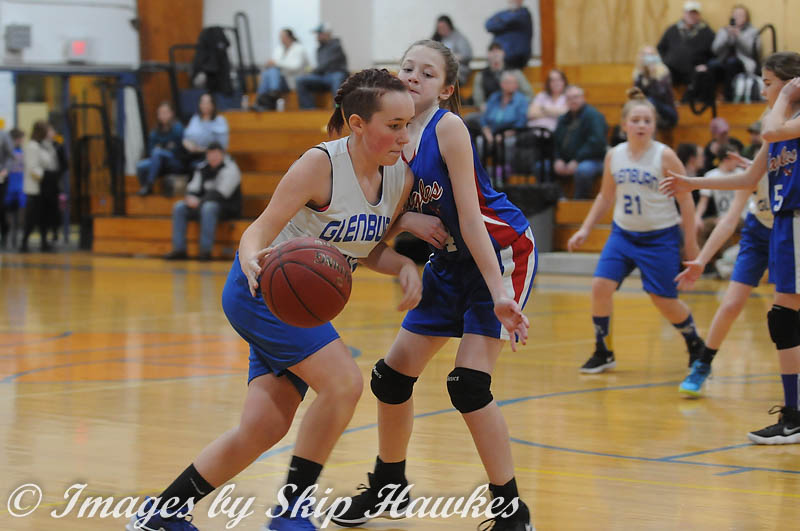 Glenburn's Alyssa Dempsey (left) attempts to drive past Orrington's Renee Gray during the first half. (Photo by Skip Hawkes) 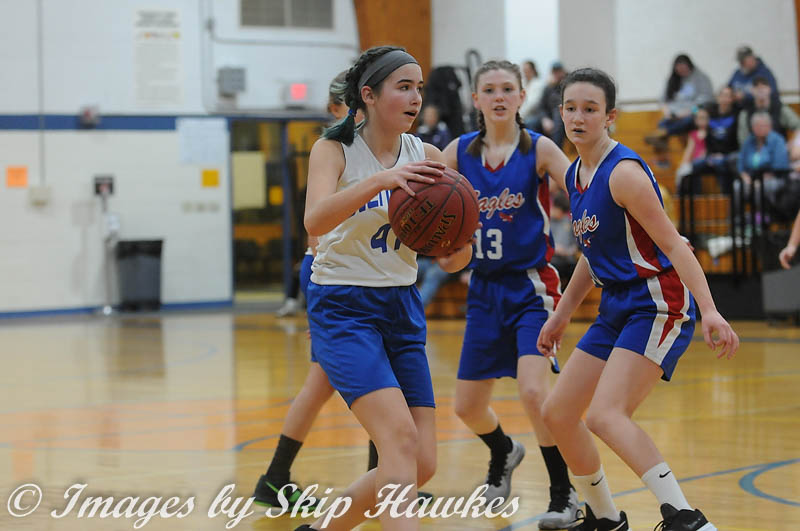 Glenburn was led in scoring by Allison Wilson with five points, and Sophie Peterson with four points. The Chargers went 3-for-15 (20 percent) from the charity stripe.