Eagles squeeze out win over Glenburn in B Team action

GLENBURN - Thursday afternoon at the Glenburn School, the Eagles of Center Drive School in Orrington held on to defeat the Glenburn Chargers 34-31 in a boys B Team match up. 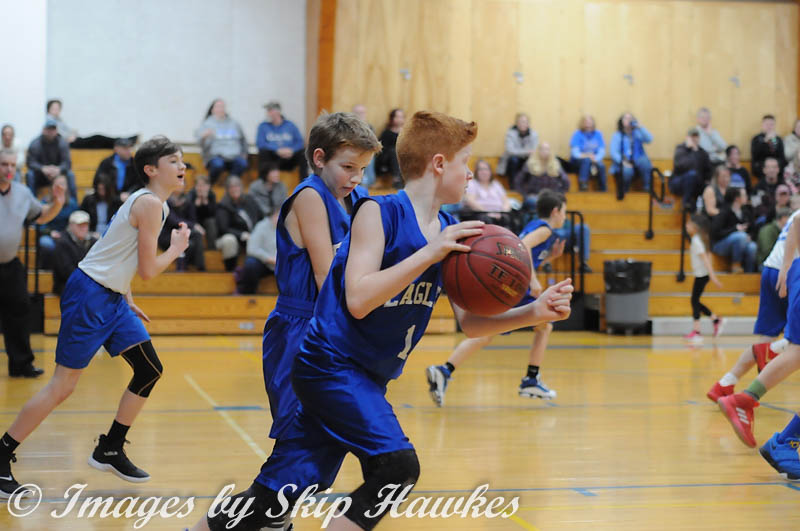 Orrington's Logan Hart takes the ball up court during the second half of a game in Glenburn on Thursday. Orrington won the game 34-31. (Photo by Skip Hawkes)


Glenburn led 6-4 after the first quarter, and held a one point (13-12) advantage at the half time break. The Eagles began to take over in the third quarter, out scoring the Chargers 9-5 to take a 21-18 lead into the final period. 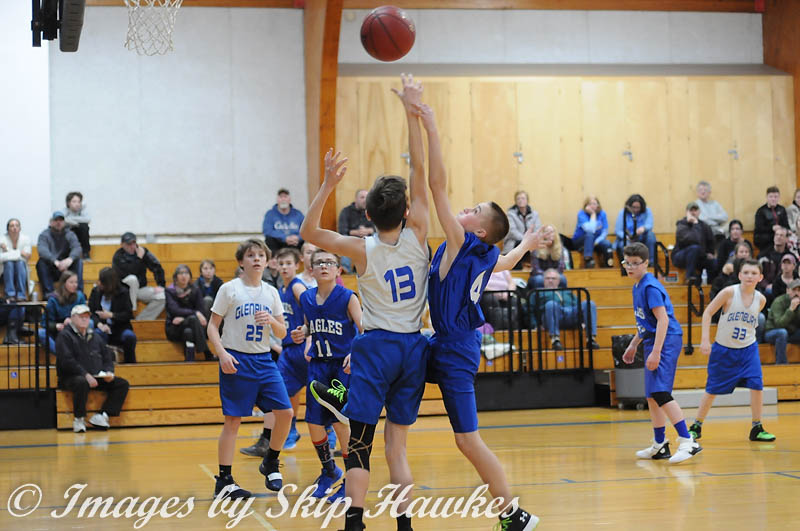 The Eagles expanded their third quarter 3-point lead to eight points (31-23) with 3:19 left in the game, but Glenburn went on an 8-3 run and trailed by only three points at 34-31 with 49 seconds remaining in the game. Orrington held on over the final seconds for the victory by the same score. 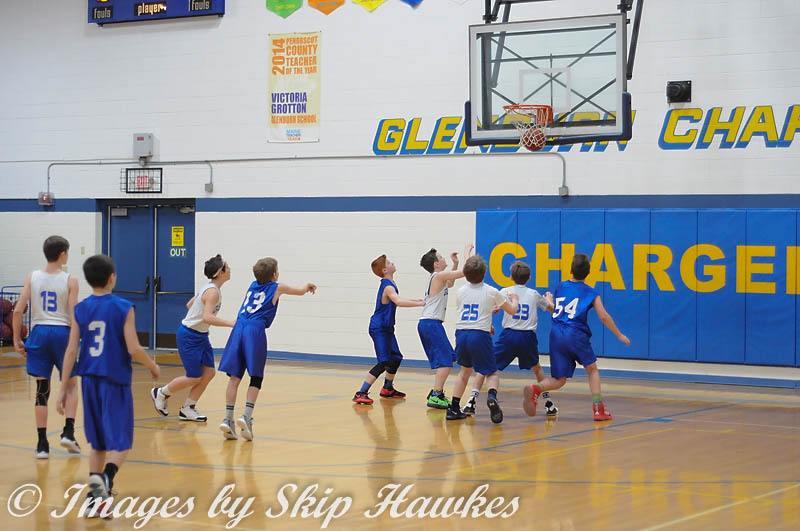 Orrington's Noah Alexander (13 blue) makes one of his two free throws near the end of the game. (Photo by Skip Hawkes) 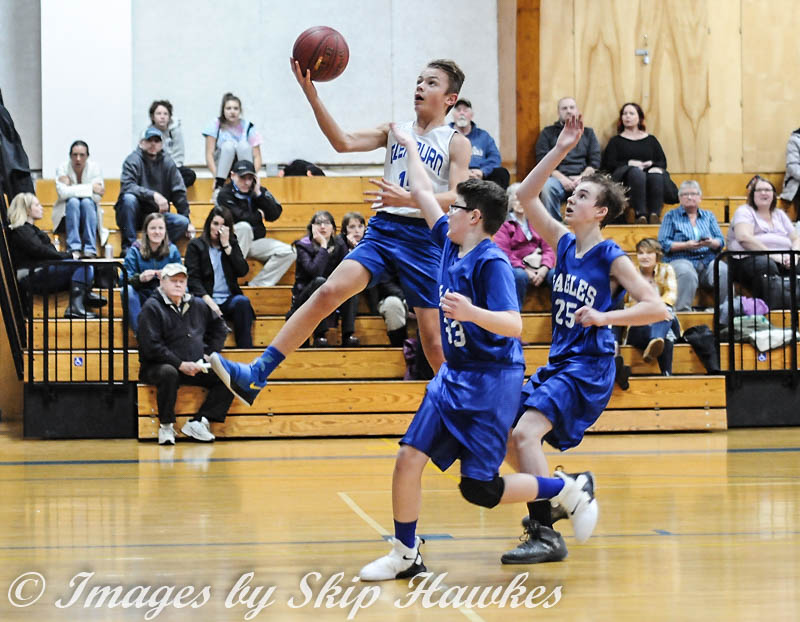 Glenburn's Logan McMahon gets some air time for two points during the second half. Orrington's Dominic York (25) and Anderson Clifford trail the play. (Photo by Skip Hawkes)

Logan McMahon topped all scorers with a game high 18 points to pace Glenburn. Also scoring for the Chargers were Theo Blanke with five points, and Logan Willians, Jacob Burke, Greg Baines, and Jonah Pippen each scoring two points. The Chargers struggled at the foul line, going just 2-for-11 (18 percent) in the game.