HAMPDEN - Bryce Lausier, joined by Kory Winch and Ross Webb, scored in double digits and led the Broncos to a 71-39 win over the Brewer Witches at The Stable inside Hampden Academy on Friday night. The Hampden win, their fifth of the season, was also the 250th win for Head Coach Russ Bartlett in his career. 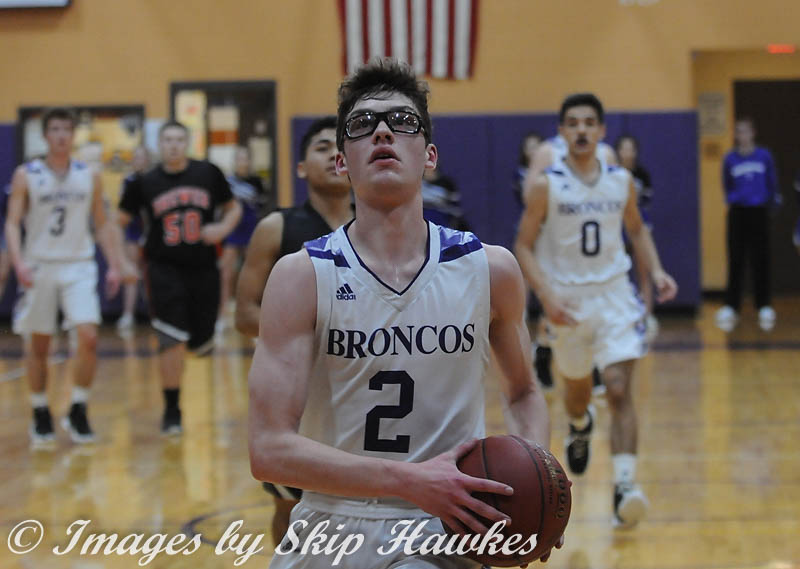 Hampden's Bryce Lausier looks to the basket as he drives for two points during the first of of a game in Hampden Friday night. The Broncos defeated Brewer 71-39 in the game. (Photo by Skip Hawkes)

Hampden struggled in the opening quarter, but managed to stay close as Brewer led 14-12 at the end of the period. That would be the highlight of the game for the Witches, as the broncos would go on to dominate the rest of the way. 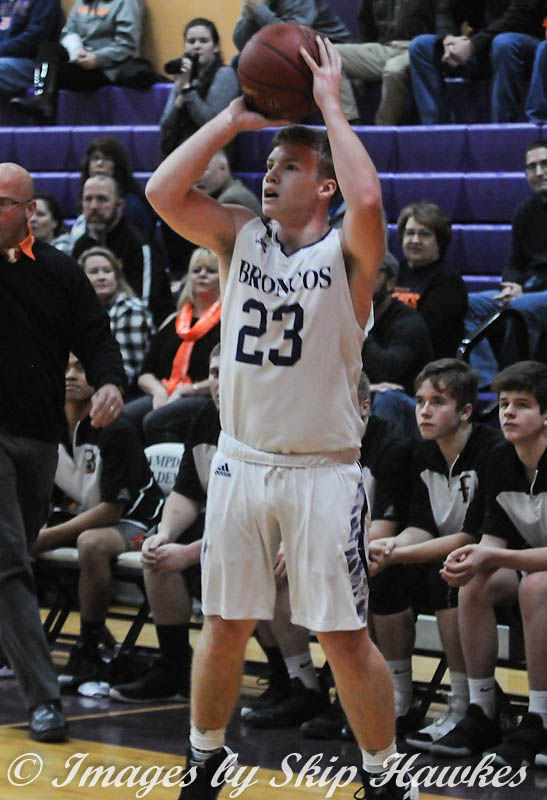 Hampden's Ross Webb readies to take a shot during the first half. (Photo by Skip Hawkes)

The Broncos rebounded nicely from their first quarter issues, as Lausier caught fire in the second and third quarters. He scored 20 points in the two quarters, and was joined by Winch who added 12 points in the same two periods. Lausier knocked down a 3-point bucket at the buzzer to end the first half putting the Broncos on top 34-20. An 11-3 run to start the third quarter put the Broncos on top 45-23, and as the period came to a close Hampden led 56-31. Lausier and Winch combined for 32 points as the Broncos dominated Brewer over the two quarters out scoring them 44-17 to put the game away. 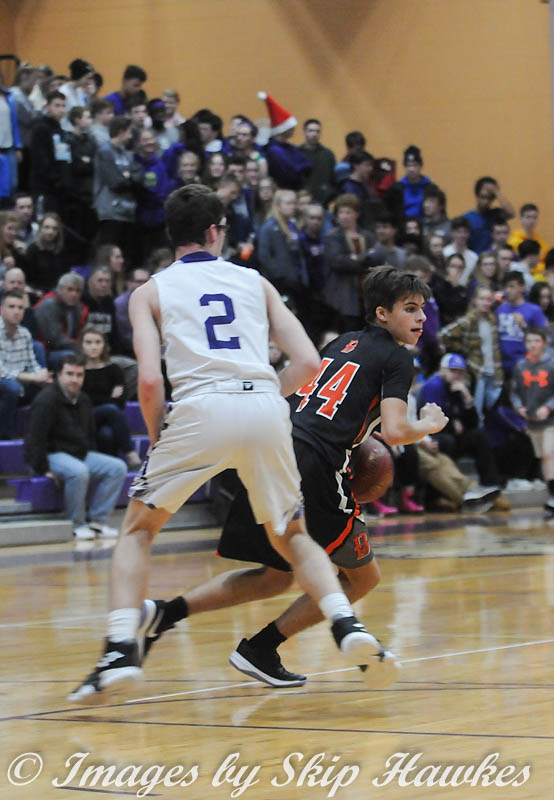 Brewer's Colby Smith (44) looks to make a move around Hampden's Bryce Lausier during the second half. (Photo by Skip Hawkes)

Brewer had no answer for Lausier, as he scored a game high 26 points. He added eight rebounds, seven assists, and seven steals as well. Also scoring in double digits was Winch with 17 points and Webb with 15 points. Kent Oliver added four points, while Andy Raye and Luke Kelley each scored three points. Mikey Raye and Marc Hutchings both chipped in with two points.

Hampden had 12 3-point baskets led by Webb with five. Lausier had four 3-pointers, Winch added two, and Kelley had one. They went 9-for-16 from the free throw line. 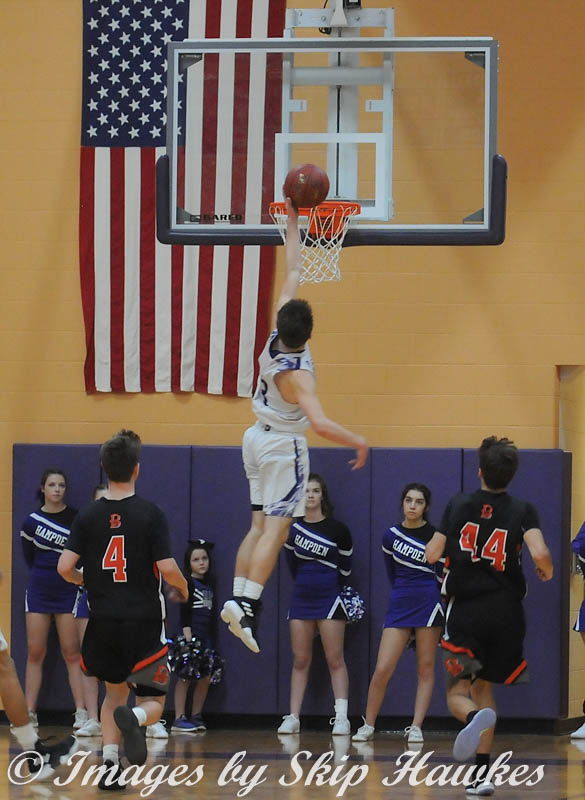 Hampden's Kory Winch gets some air time as he scores a second half basket. (Photo by Skip Hawkes)

The Witches had three 3-point baskets, one each from Huff, Goodrich, and Perkins, and they went 6-for-13 (46 percent) from the foul line.