HAMPDEN - Friday night at The Stable inside Hampden Academy, Bailey Donovan and Alydia Brillant combined to score 36 points as the Lady Broncos defeated the Brewer Witches 50-26 in a Class A North match up. 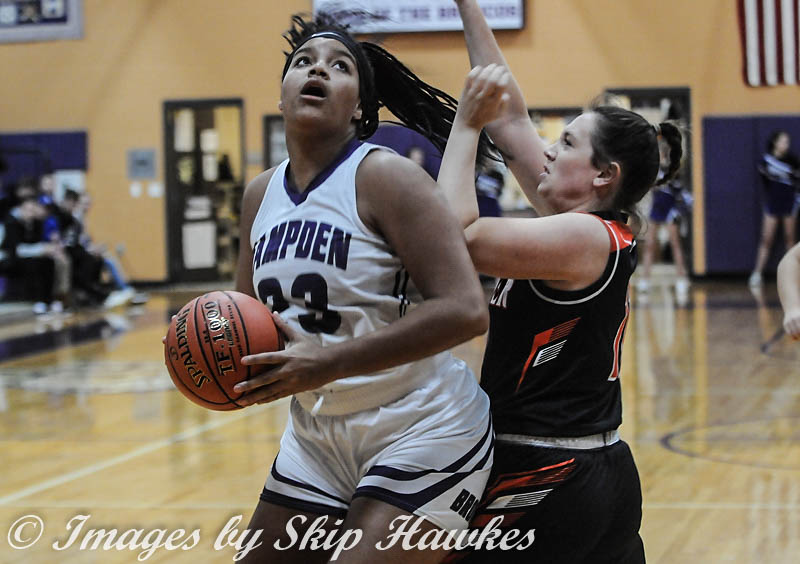 Hampden's Bailey Donovan (left) looks to the basket while being defended by Brewer's Ashley Tanguay during a game at Hampden Academy Friday night. Hampden won the game 50-26. (Photo by Skip Hawkes)

Hampden opened the game with a 10-7 first quarter lead, and they held the Witches to just three points in the second period to take a 19-10 lead into the half time break. 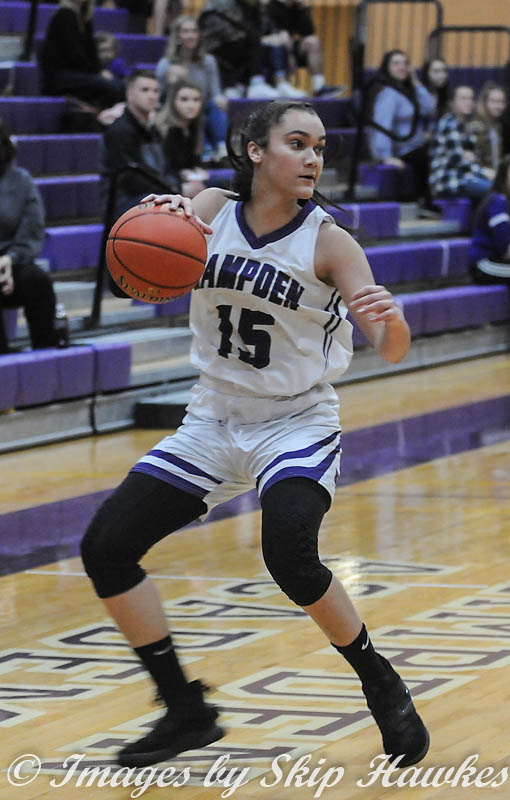 Hampden's Alydia Brillant looks to pass the ball during the first half. (Photo by Skip Hawkes)

The Broncos pulled away in the third period as Donovan (9) and Brillant (8) combined for 17 points in the quarter to help Hampden out score Brewer 20-7 and take a 39-17 lead into the final eight minutes.  Hampden out scored the Witches 11-9 in the final period. 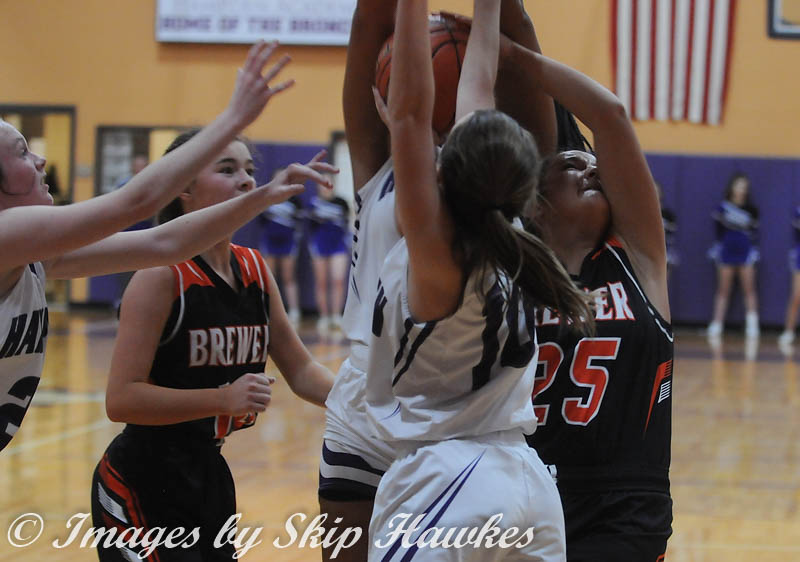 Brewer's Rebecca Gideon (25) tries to get off a shot between Hampden's Camryn Bouchard (10) and Bailey Donovan (rear) during the second half. (Photo by Skip Hawkes)

Donovan scored a game high 22 points and Brillant added 14 points to lead the Lady Broncos to the win. Also scoring for Hampden was Amelia McLaughlin and Cam Neal with four points each, Sydney Hodgdon with three points, Emma Haskell with two points, and Taya Archer added one point.

Hampden had one 3-point basket by Hodgdon, and they went 11-for-19 (58 percent) from the free throw line. 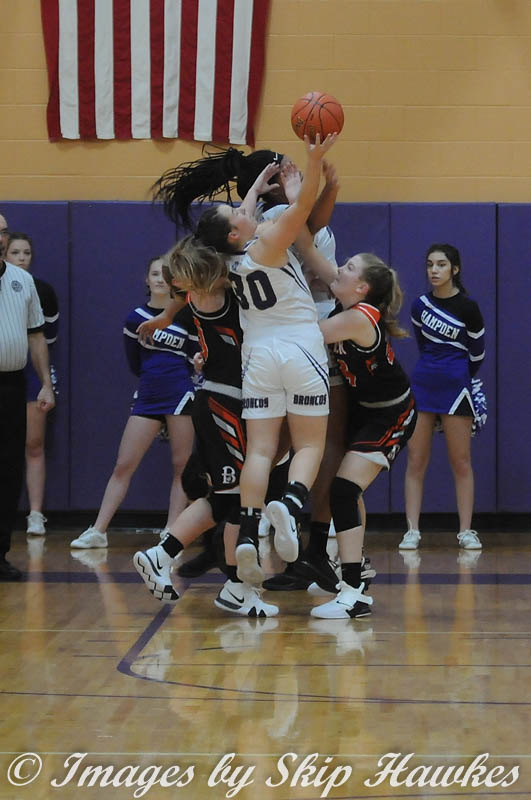 Hampden's Camryn Neal (30) gets a hand on the ball to pull down a rebound during the second half. (Photo by Skip Hawkes)

The Lady Witches had two 3-point baskets, one each by Dorr and Goodrich, and they went 4-for-9 (44 percent) from the charity stripe.