ORONO - Wednesday night at Orono High School, the Lady Red Riots overcame a nine point deficit to start the fourth quarter and went on to pull out a 48-42 victory over the John Bapst Crusaders in a Class B north girls game. 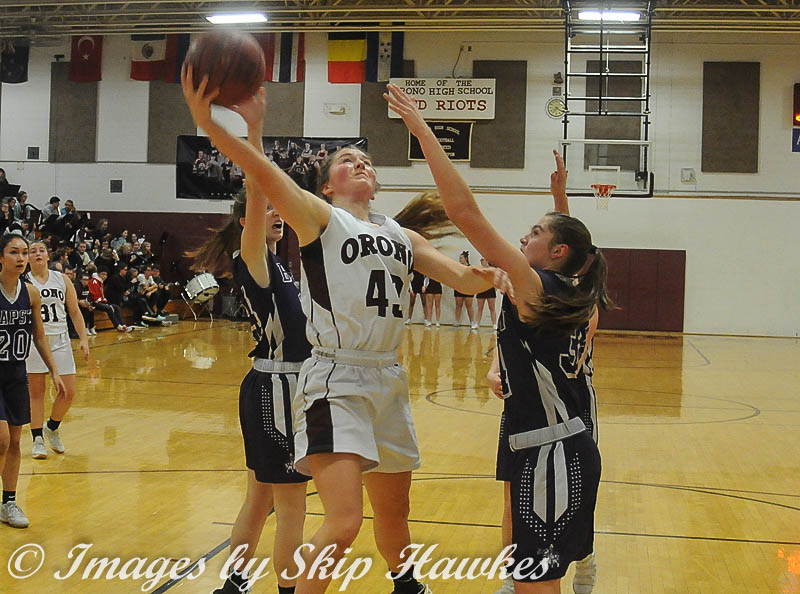 Orono's Lauren Melanson (center) puts up a shot between John Bapst defenders Jamie McQuarrie (left) and Lacey Scanlon (right) during the first half of a game in Orono Wednesday night. Orono won the game 48-42. (Photo by Skip Hawkes)

Bapst took an 11-10 first quarter lead, and after leading 15-10 with 2:30 remaining in the second quarter they scored just three more points while Orono closed out the period with eight points to tie the game at 18-18 at the half time break. 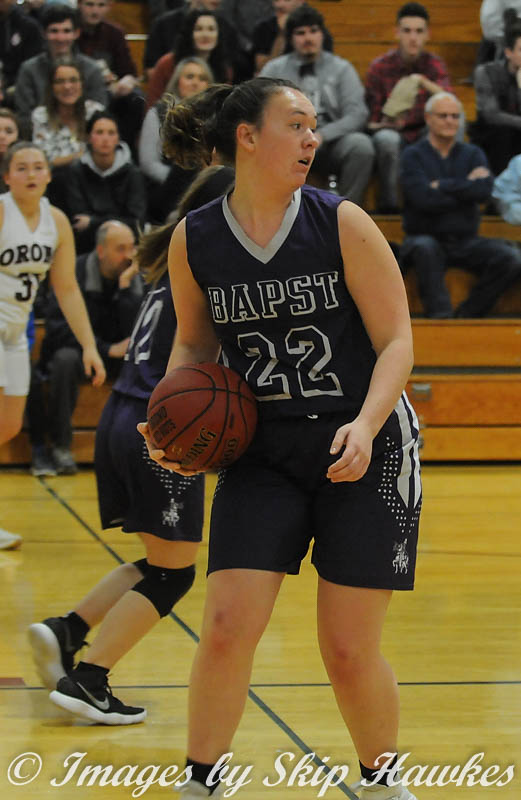 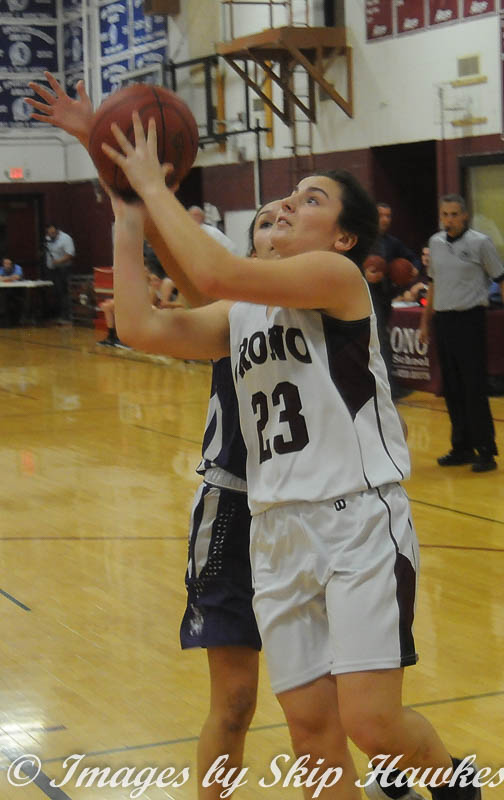 Orono's Lauryn Brown (23) looks to put up a shot while being defended by John Bapst's Tianna Cyr. (Photo by Skip Hawkes)

Much to the surprise of the Crusaders, Orono found themself right back in the game with eight unanswered points in the first minute of the fourth quarter to cut the lead to 36-33. Orono made it 10 unanswered points to take a 37-36 lead with 5:55 left in the game. After the Crusaders took a 38-37 lead with 4:41 remaining, the Red Riots went on an 8-0 run to take a 45-38 lead with 1:17 to play. The Lady Red Riots would out score John Bapst 21-6 in the final period for the comeback win. 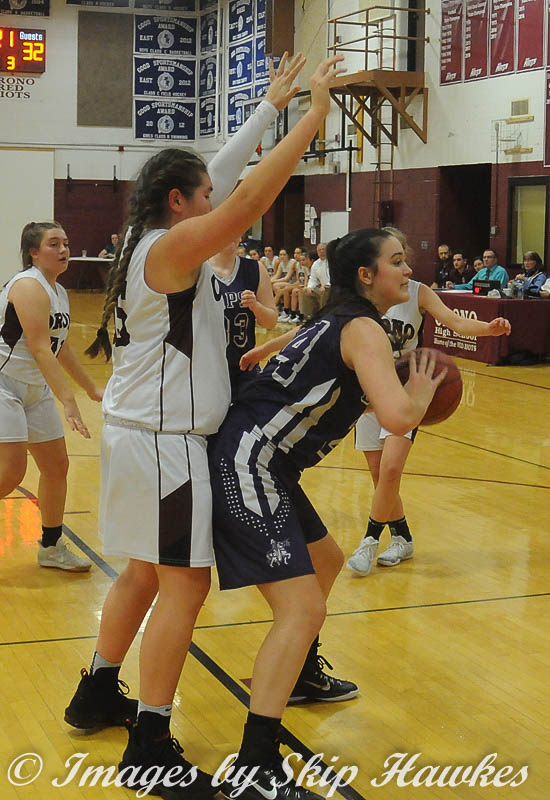 The Red Riots had three 3-point baskets, one each by Melanson, Labelle, and Brown, and they went 9-for-20 (45 percent) from the free throw line.

The Crusaders had five 3-point baskets, two each by Scanlon and Mock, and one by Libby. They went 9-for-19 (47 percent) from the charity stripe.