Hermon pulls away late in semifinal win over Winslow 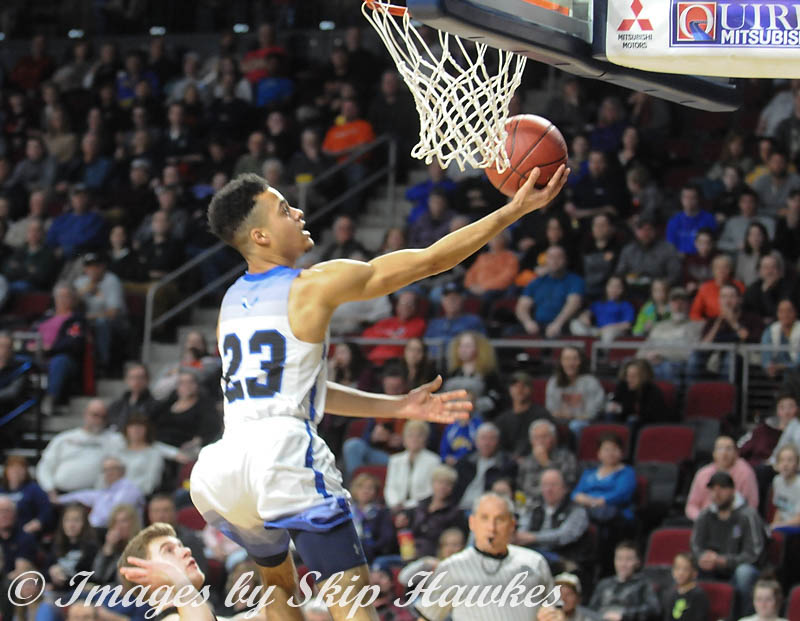 Hermon's Keenan Marseille gets some air time going up for a layup during a Class B North boys semifinal game at the Cross Insurance Cener. Hermon defeated Winslow 57-32 in the game. (Photo by Skip Hawkes) 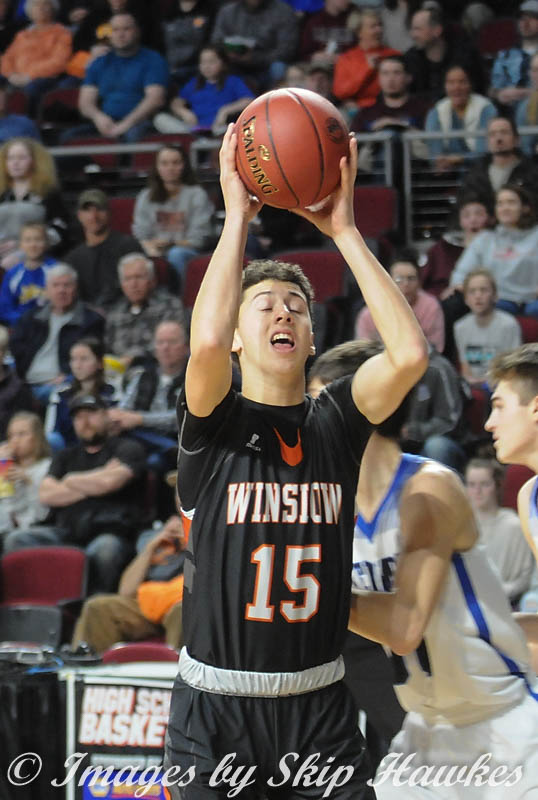 
Winslow went on a 10-0 run to start the second half. The Hawks followed that with a 14-0 run that extended into the fourth quarter and gave them a comfortable 17 point lead.

Colby Pomeroy scored 11 points to lead the Black Raiders. Jackson Morneault and Jake Lapierre put in six points each. Winslow shot 6-9 from the free throw line. Pomeroy and Lapierre each made two 3-pointers. Winslow finishes the season with a 16-4 record. 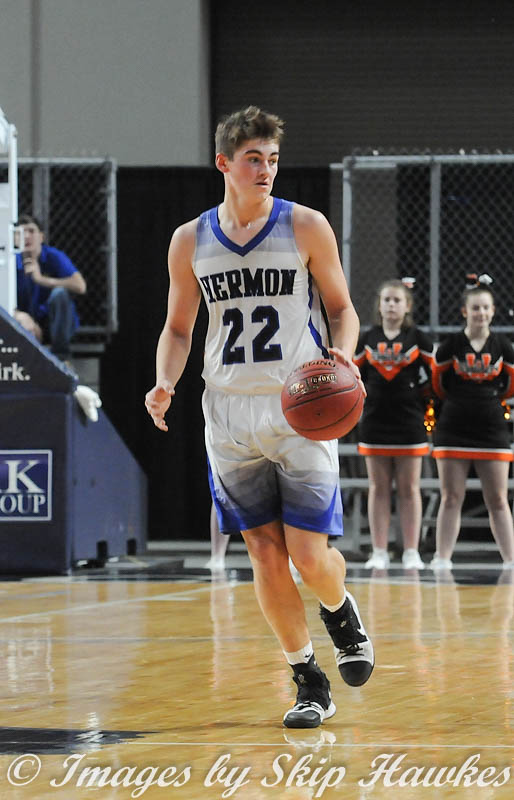