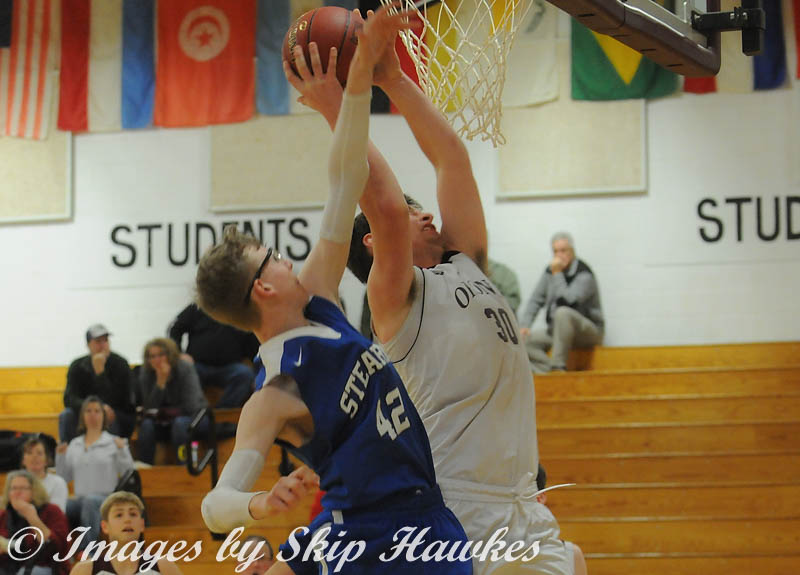 Orono's Connor Robertson (30) puts up a shot over Stearns' M. Clark during the second half of a preseason game in Orono on Saturday. Orono won the game 71-37. (Photo by Skip Hawkes)

The Red Riots opened the game on a 6-0 run inside the first two minutes, and led the Minutemen 15-6 at the first quarter buzzer. Orono out scored Stearns 13-10 in the second quarter to take a 28-16 lead at the half time break. 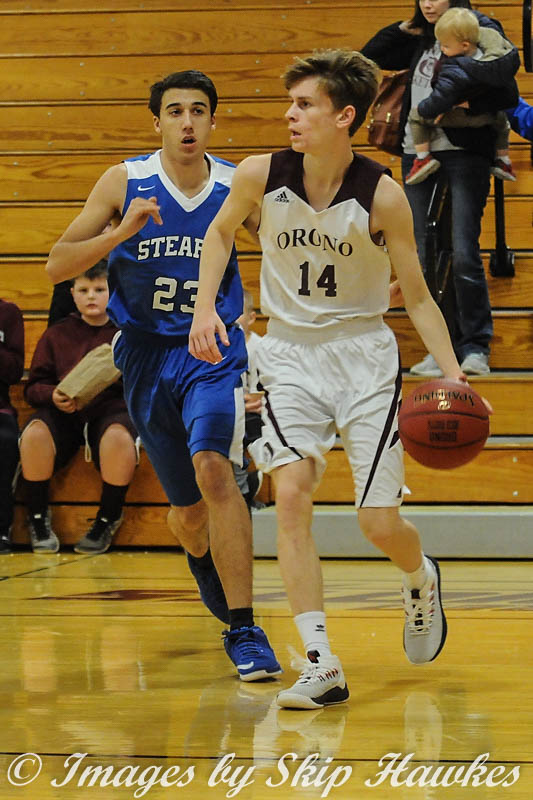 Orono's Jonny Spencer (14) looks up the court while being defended by Stearns' Gabriel Manzo. (Photo by Skip Hawkes)

Orono put the game away in the third period with a 23-4 score, highlighted by 10 points from Connor Robertson in the period. A 20-17 fourth quarter gave the Red Riots the 34 point win. 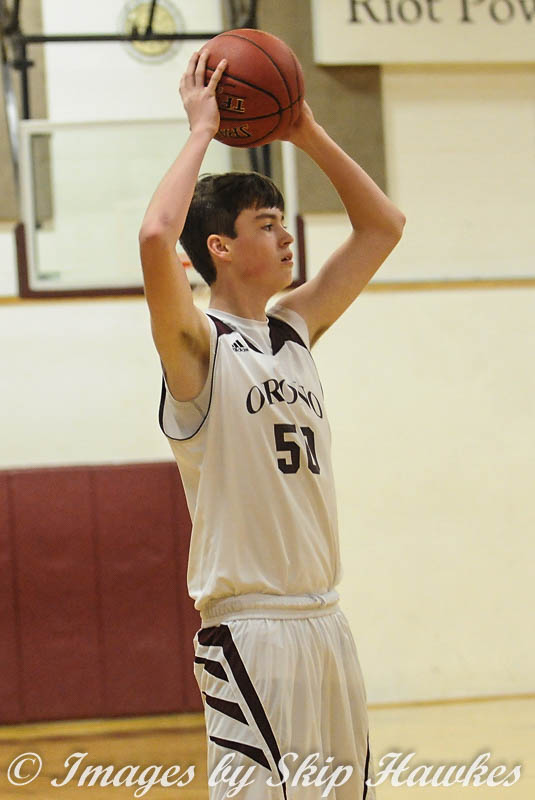 Orono's Zack Dill looks for someone to pass the ball to. (Photo by Skip Hawkes)

The Red Riots had seven 3-point baskets, three by Steelman, two from Dill, and one each by Spencer and Konefic. They went 6-for-12 from the free throw line. 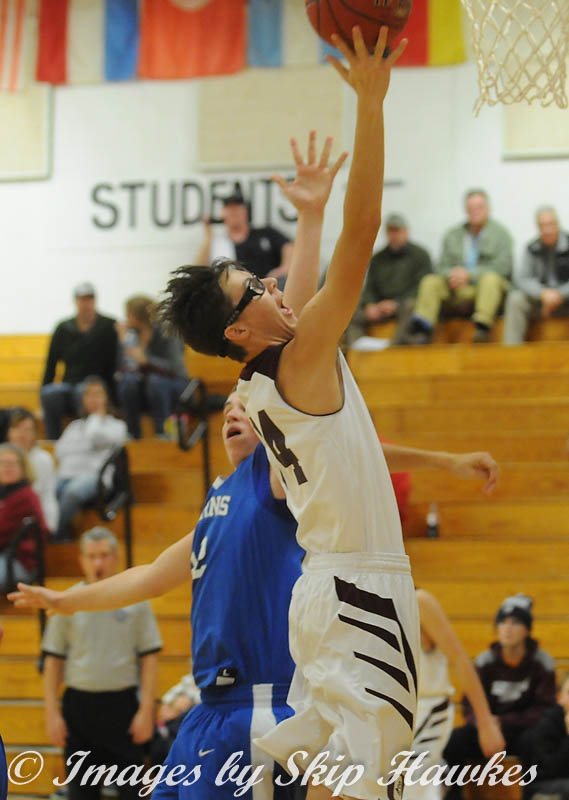 Orono's Ryan Shorette (right) puts up a shot for two points during the second half. (Photo by Skip Hawkes)

Stearns had one 3-point basket from Daigle, and they went 4-for-12 from the foul line. 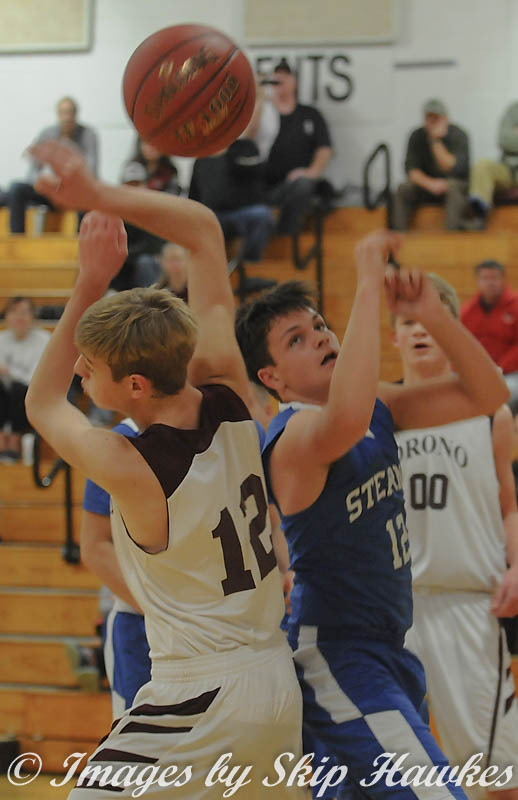