ORONO - Saturday morning at Orono High School, the Lady Minutemen of Stearns High School in Millinocket managed to hold off a late rally by Orono to defeat the Red Riots 51-47 in the opening preseason game of the Orono High School Hall of Fame Tourney. 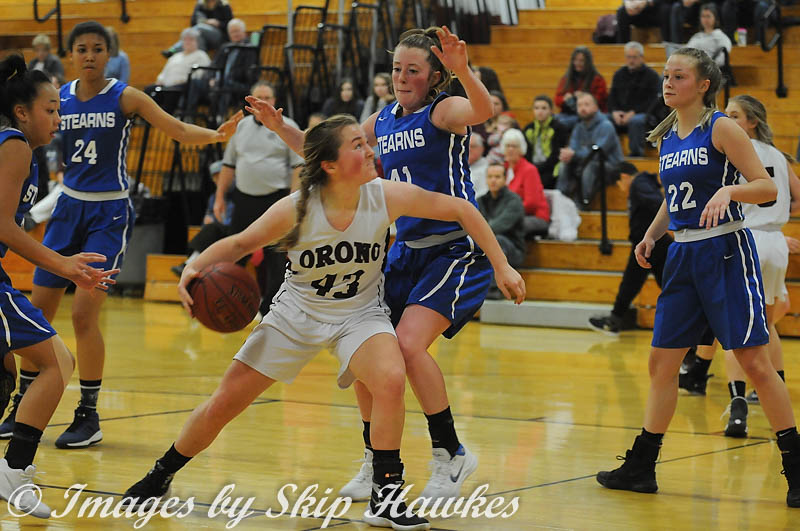 Click Here to view the complete photo gallery from the game
Stearns took a 12-7 first quarter lead, and out scored the Red Riots 19-15 in the second quarter to take a 31-22 lead at halftime. 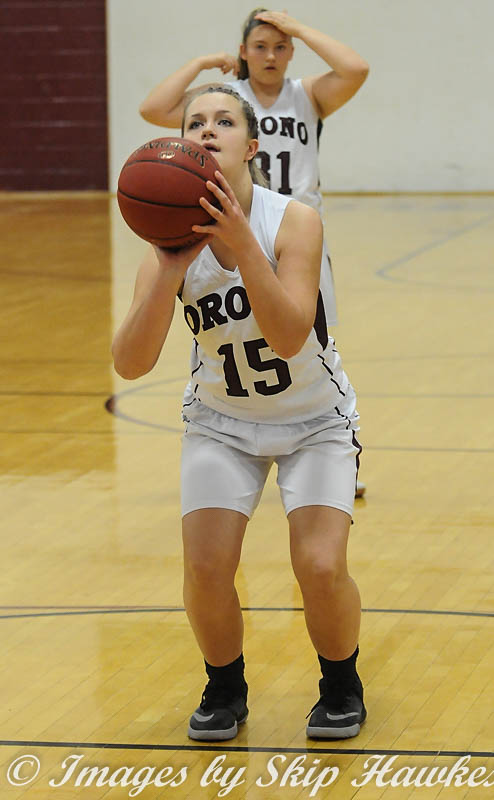 Orono's Sam Hafford sets to put up a foul shot to complete a three point play during the first quarter. (Photo by Skip Hawkes)

Orono cut the Stearns lead to six points with an 11-8 third period. The Red Riots went on to out score the Minutemen 25-20 over the second half, but could not overcome the nine point half time deficit. Orono got as close as three points behind Stearns in the final period, but simply ran out of time. 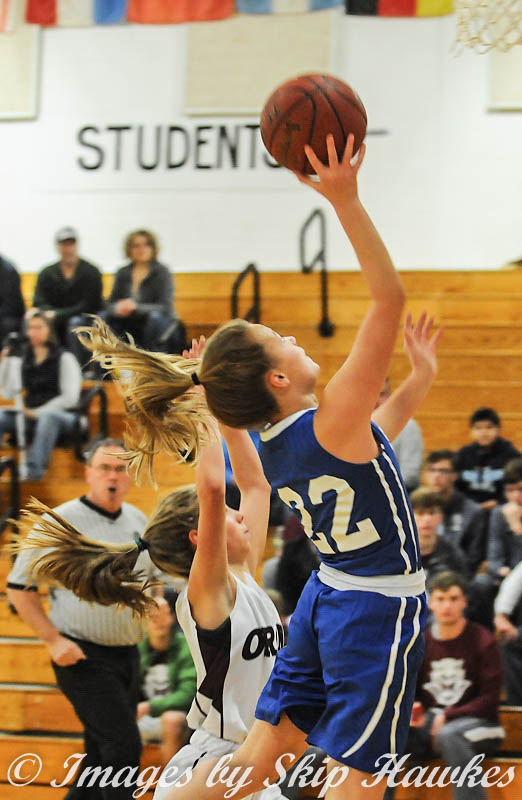 Stearns' Katherine Alley (22) puts up a shot for two points during the first half. (Photo by Skip Hawkes)

Stearns had eight 3-point baskets, four by Ingersoll and two each from Alley and Farqyhar, and they went 5-for-9 from the free throw line. 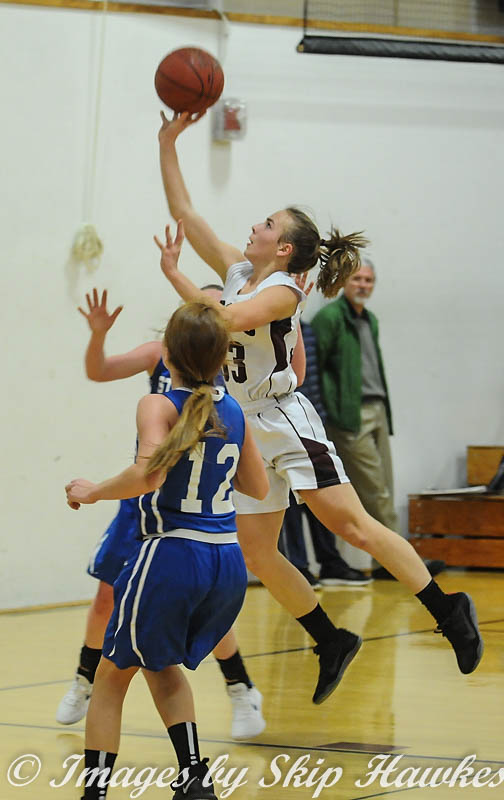 Orono's Isabelle Henderson gets up a shot between two Stearns defenders. (Photo by Skip Hawkes)

Orono had four 3-point baskets, two each by LaBelle and Baker, and they went 5-for-8 from the charity stripe. 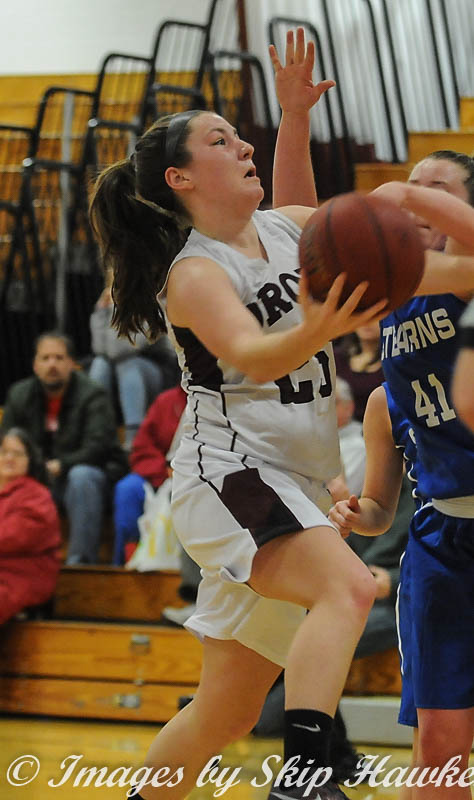 Orono's Molly McCluskey goes up for a shot in front of Stearns Peighton Ingersoll. (Photo by Skip Hawkes)