HAMPDEN - Tuesday evening at the VFW Field in Hampden, the Anglers and Wellman Paving teams scored a combined 34 runs as Anglers picked up the Mercy Rule win with a 22-12 score in five innings.

No. 3 Anglers improves to 9-6 on the season with the win, while No. 6 Wellman Paving concludes their season with a 2-13 record. 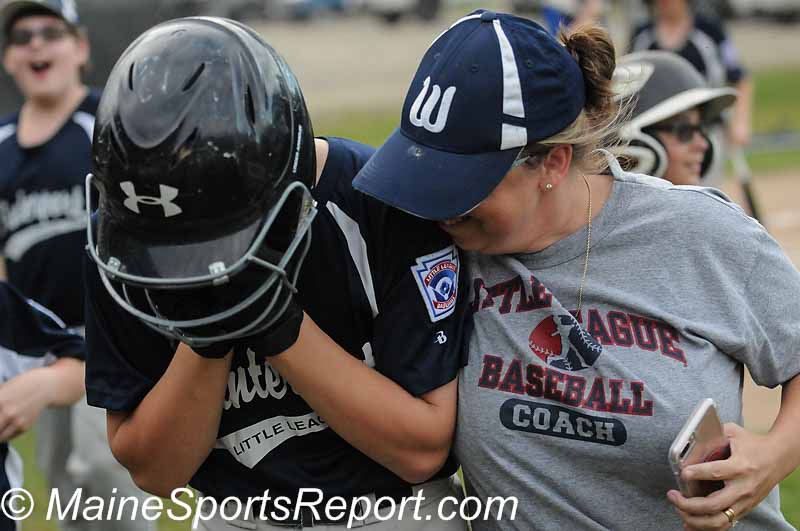 
Click Here to view the complete Photo Gallery from the game

Wellman gave Anglers all they could handle during the game. Anglers led 13-1 heading into the top of the third inning, but Wellman tacked four runs on the board thanks to a Sam Burnham 3-run home run to cut the Anglers lead to 13-5. Not to be out done, Anglers came back in the bottom half of the inning with four runs of their own and led 17-5 heading to a crucial top of the fourth for Wellman. 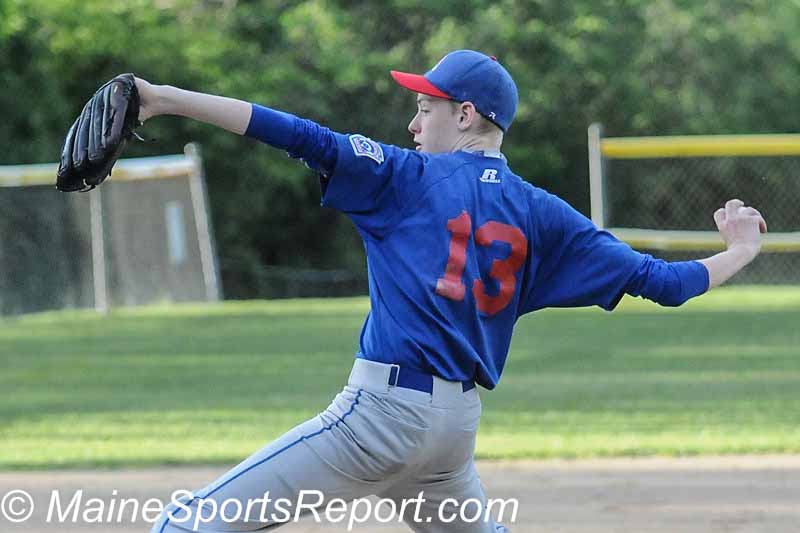 The boys from Wellman Paving had their biggest inning of the game in the fourth inning, tacking six runs on the board to cut the Anglers lead to 17-11. With some solid defense, Wellman got to play one more inning as they held Anglers scoreless in the bottom half of the fourth. 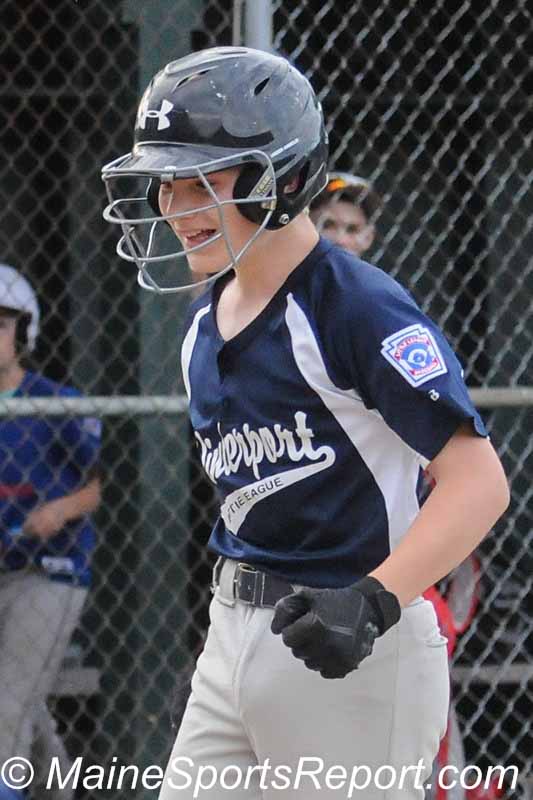 Wellman's Sam Burnham is all smiles trotting to home plate after hitting a 3-run homer to center field in the third inning. (Photo by Skip Hawkes)

Wellman added just one run to their total in the top of the fifth inning, and Anglers came to bat with a 17-12 lead. The bottom half of the inning would bring an end to the season for Wellman, as Anglers plated five runs to pick up the Mercy Rule victory. 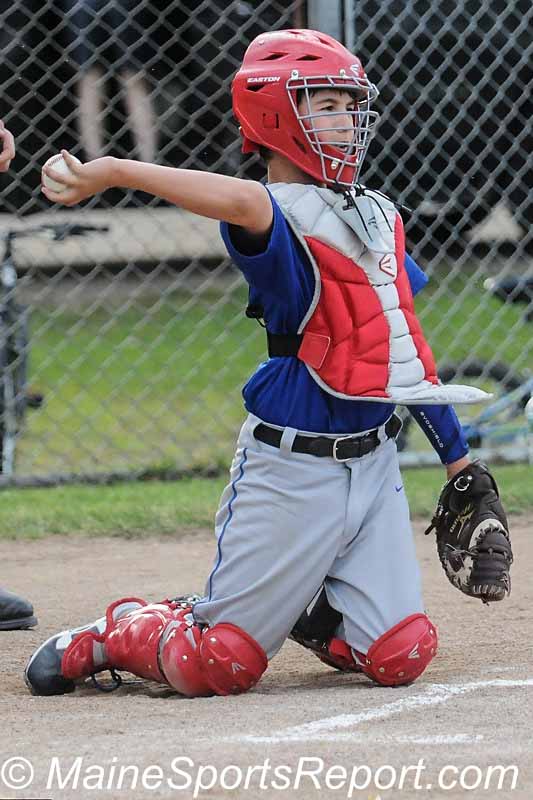 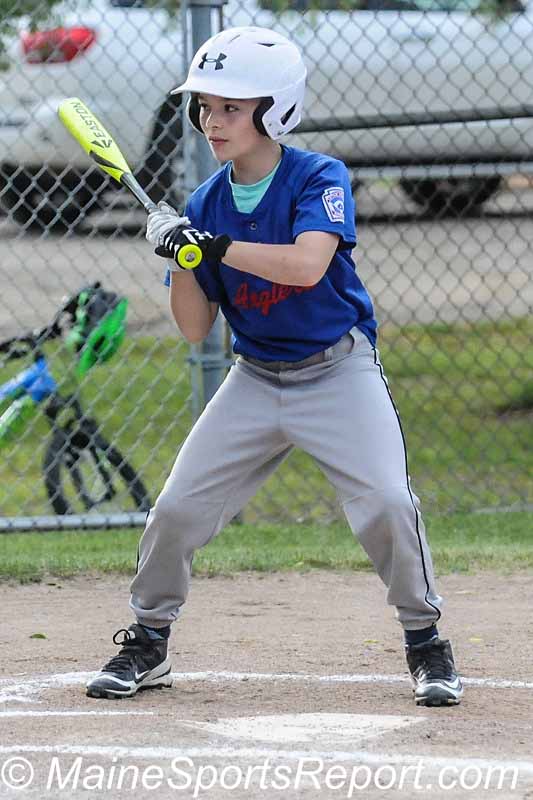 Wellman Paving was led by the Burnham 3-run home run, Ian Potter with three doubles and two RBIs, and Sam Knott and Peter Van Overbeke each with RBI singles. 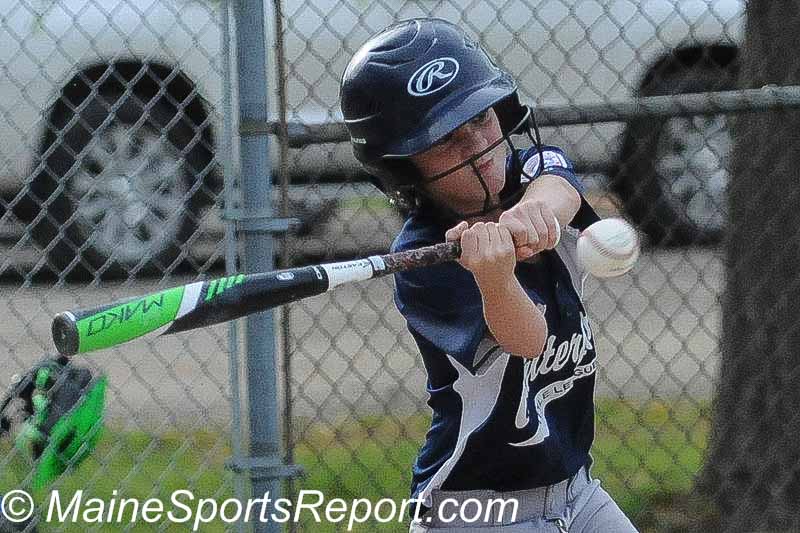 Anglers will play in a semifinal game on Saturday, June 17.