GLENBURN - Ashton Reardon scored eight points in the fourth quarter as the No. 1 Holbrook boys expanded a 2-point third quarter lead into a six point margin of victory with a 43-37 win over No. 2 Glenburn to claim the Penobscot Valley Middle League B Division Championship. 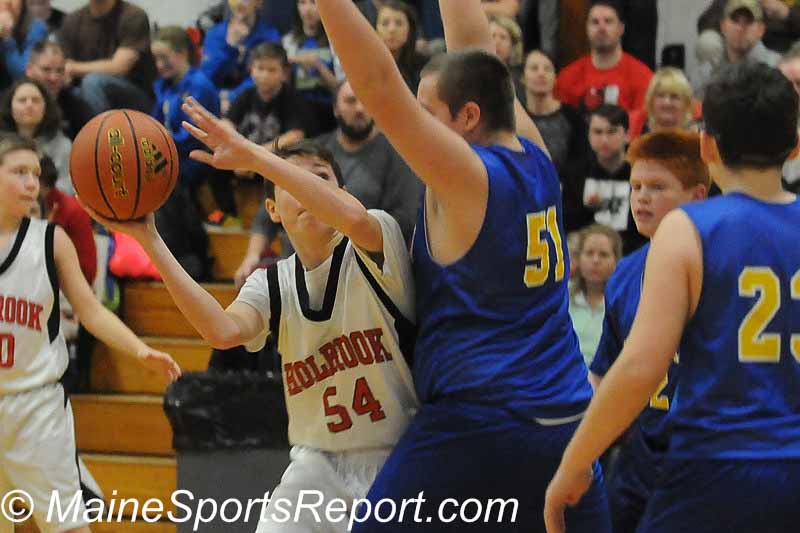 Holbrook's Ashton Reardon (54) looks to get a shot off over Glenburn defender Colby Cook during the boys middle school B Division championship game in Glenburn on Friday. Holbrook won the game 43-37. (Photo by Skip Hawkes)

Holbrook jumped out to a 12-7 lead through the first quarter, but the Chargers got right back into the game in the second period out scoring the Red Devils 14-10 to cut the Holbrook lead to 22-21 at half time. 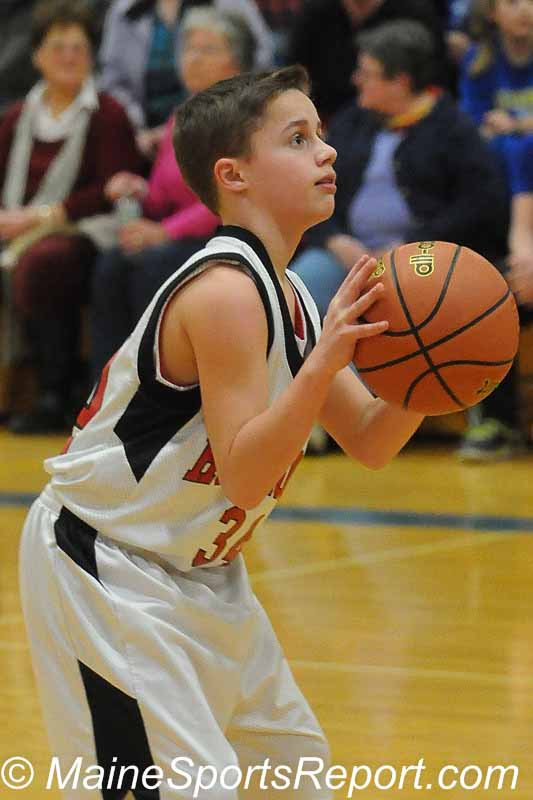 The Red Devils only added one point to their lead in the third period with a 7-6 score over Glenburn to hold just a two point, 29-27, lead heading into the final stanza.

With 5:14 left to play in the game, Holbrook had a 6-2 run to increase their lead by six points (35-29). Just over three minutes later the Red Devils held a 39-32 lead, and they hung on for the six point win over the final two minutes of the game. 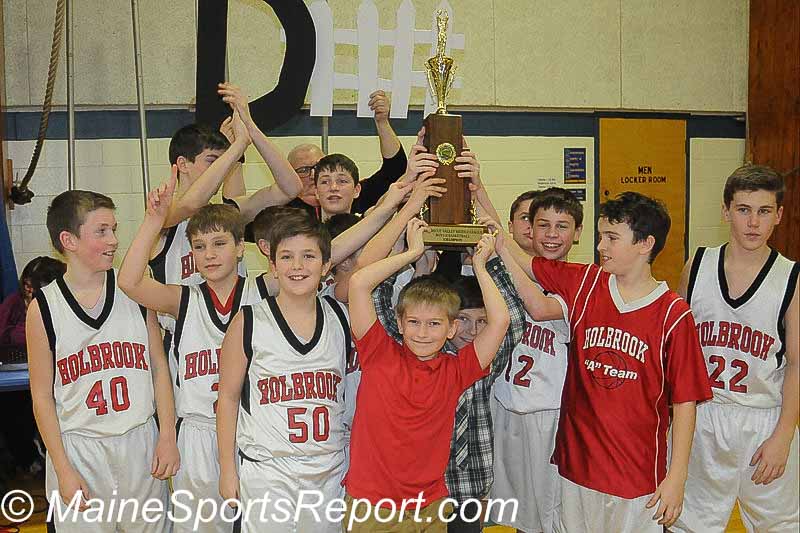 The Holbrook boys show off their championship trophy after win. (Photo by Skip Hawkes)

Reardon scored a game high 19 points to lead Holbrook to the win, and Evan Nadeau scored nine points. Michael Shepherd had five points and Morgan Faulkner scored four. Jack Perkins, Connor Boone, and Andy Czapiga each chipped in with two points. The Red Devils had one 3-point basket by Nadeau, and they went just 6-for-17 from the free throw line. 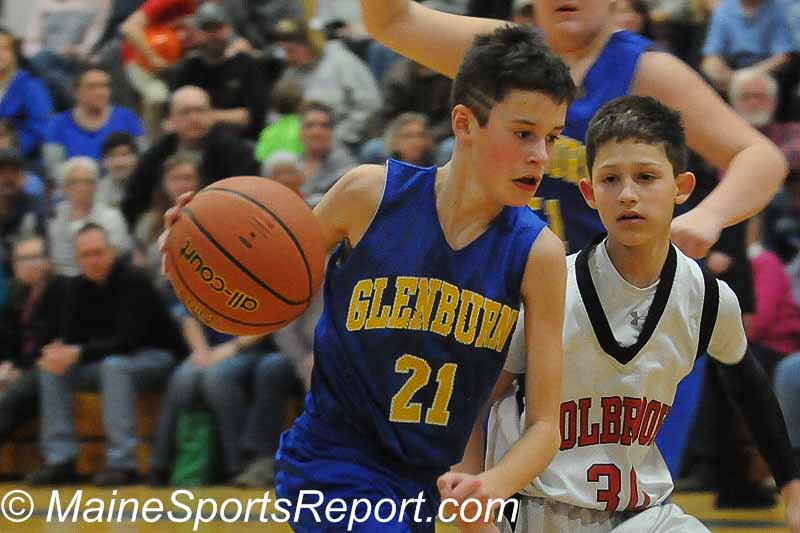 Allen Wheaton topped Glenburn in the scoring column with 15 points. Other Glenburn scorers were Brandon Butterfield (6), Andrew Day (5), Colby Cook (4), Nate Staples (4), Reese Kenney (2), and Pierson Schools (1). The Chargers had five 3-point baskets, three by Wheaton and two by Butterfield, and they went 2-for-8 from the foul line. 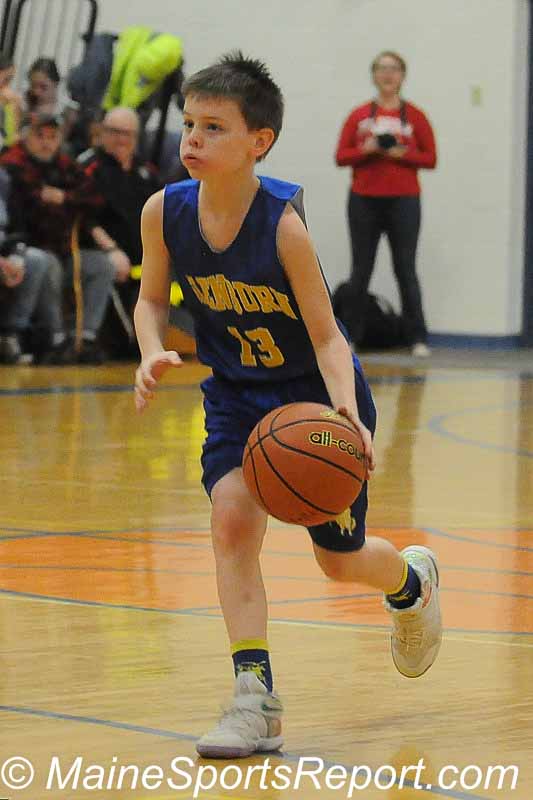