GLENBURN - Friday afternoon at the Glenburn School, Makayla Dore, Jammie Satterfield, and Lillian Higgins each scored 10 points to help lead the Holbrook Red Devils to a 43-28 come from behind win over the Glenburn Chargers in the Penobscot Valley Middle League girls B Division championship game. 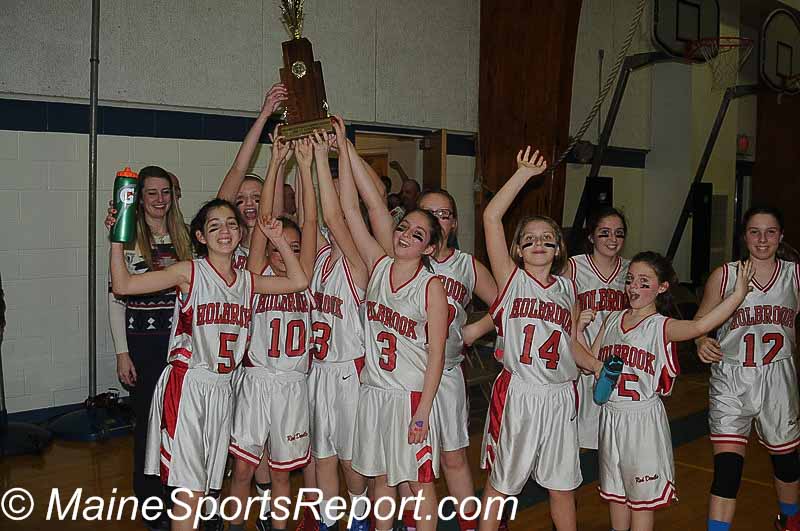 The Holbrook Middle School girls celebrate their B Division Championship after defeating Glenburn 43-28 on Friday afternoon in Glenburn. (Photo by Skip Hawkes)
Click Here to view and purchase photos from this game
Holbrook opened the game with an 11-7 first quarter lead, but the Chargers battled back to out score the Red Devils 12-7 in the second quarter to take a 19-18 lead into the half time break. Sydney Ronco knocked down two 3-point baskets in the second quarter to spark Glenburn. 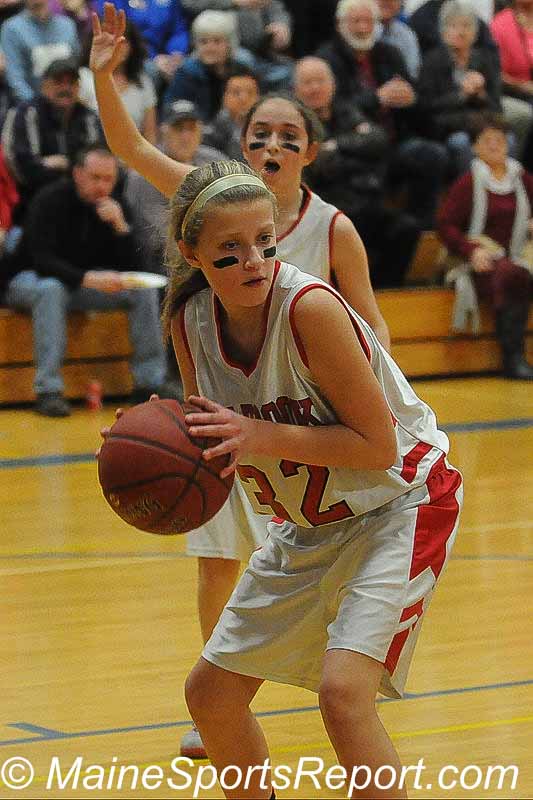 Unfortunately for the Chargers, the half time lead would be the final one of the game. After a 22-22 tie with 3:30 left in the third period, Holbrook ran off six unanswered points to take a 28-22 lead with two minutes left on the clock. That would remain the score of the game as the third period came to an end. 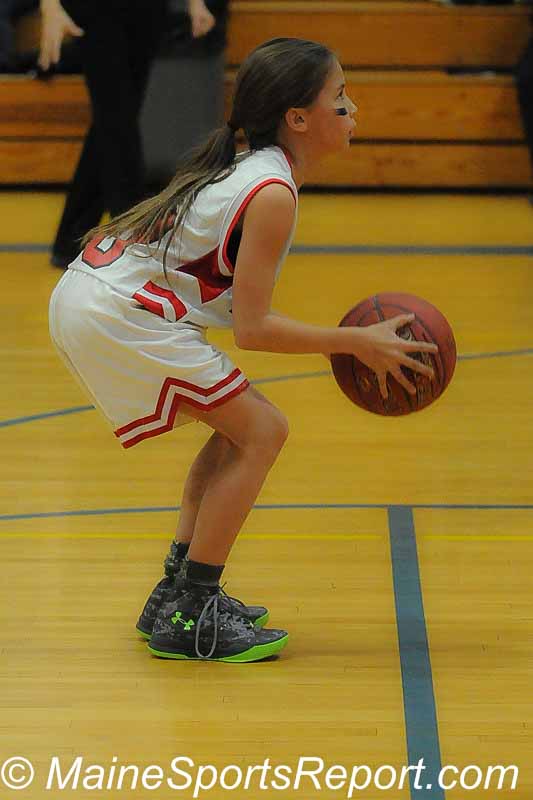 The Red Devils went on a 7-2 run to open the final period, and with 5:53 remaining in the game they took 35-24 lead and never looked back. Holbrook would end up out scoring Glenburn 25-9 over the second half to pick up the win. 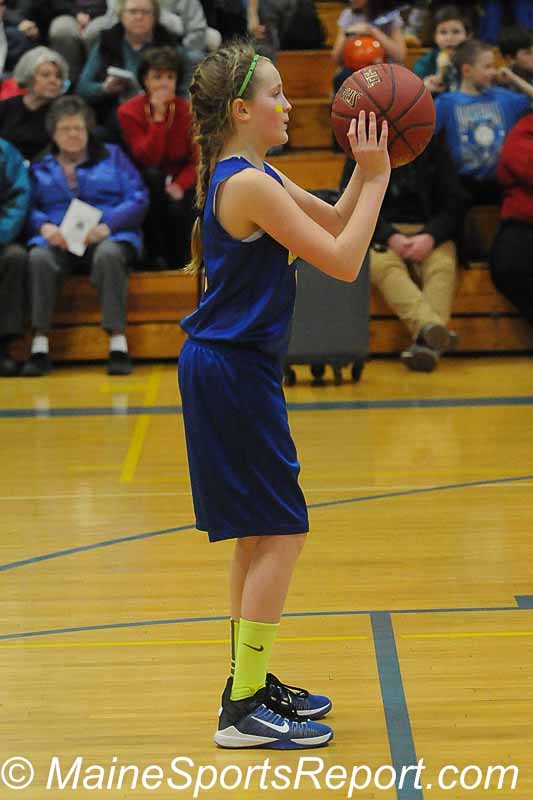 Abby Hogan scored a game high 12 points to pace Glenburn in scoring. Ronco added eight points, Kendra Fournier scored six, and Shayla Mailman chipped in with two points. The Chargers had three 3-point baskets, two by Ronco and one from Hogan, and they went 3-for-6 from the charity stripe. 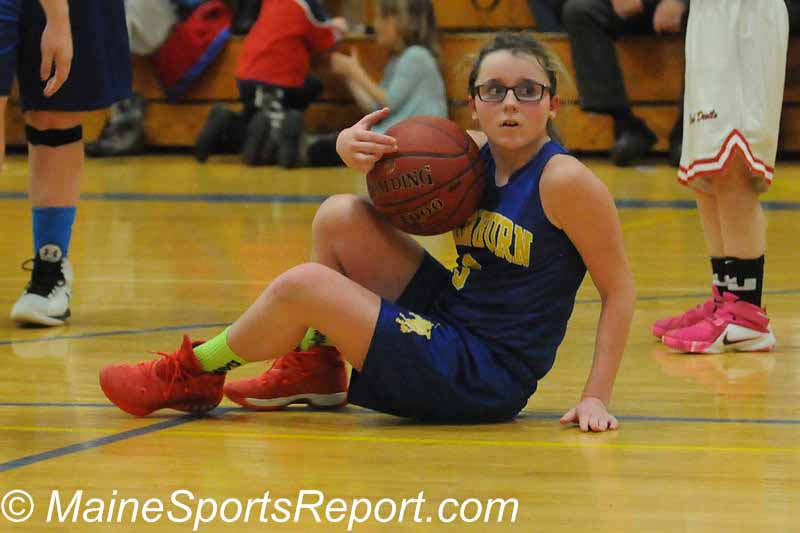 Glenburn's Shayla Mailman takes a look at the ref after winning a loose ball battle. (Photo by Skip Hawkes)