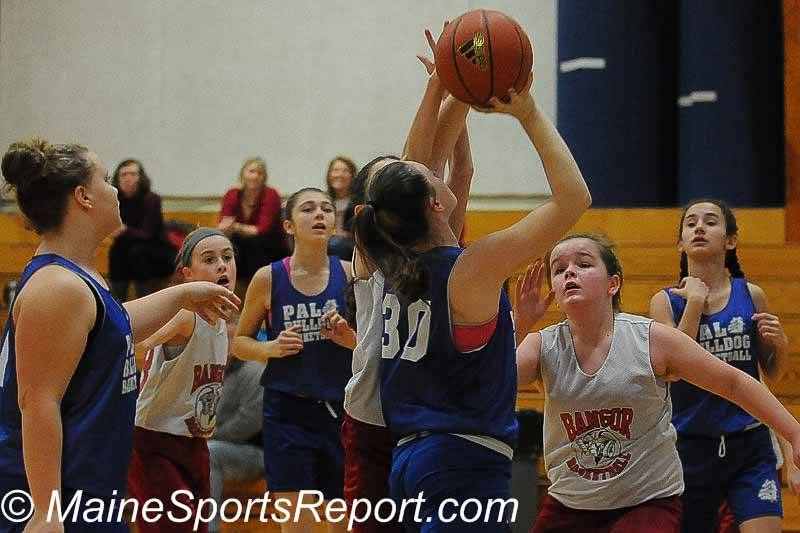 
Lawrence proved to be to much for Bangor in the opening game of the tournament as they took an 18-0 lead at half time and cruised to a 45-6 win. 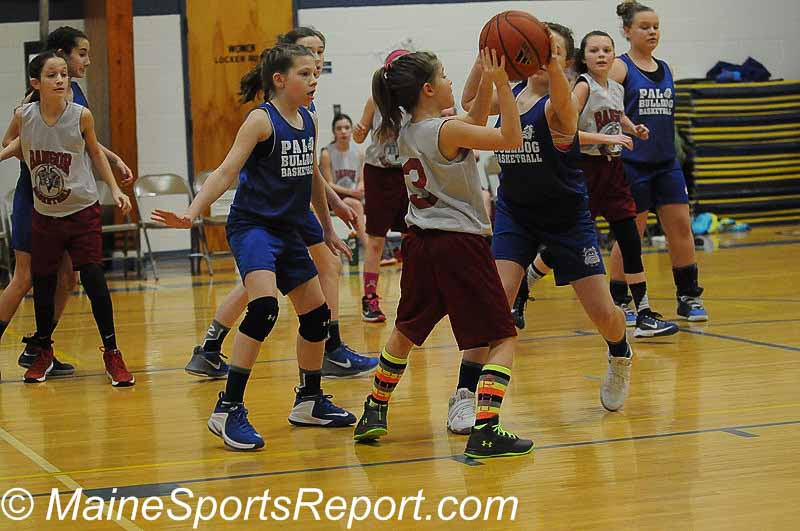 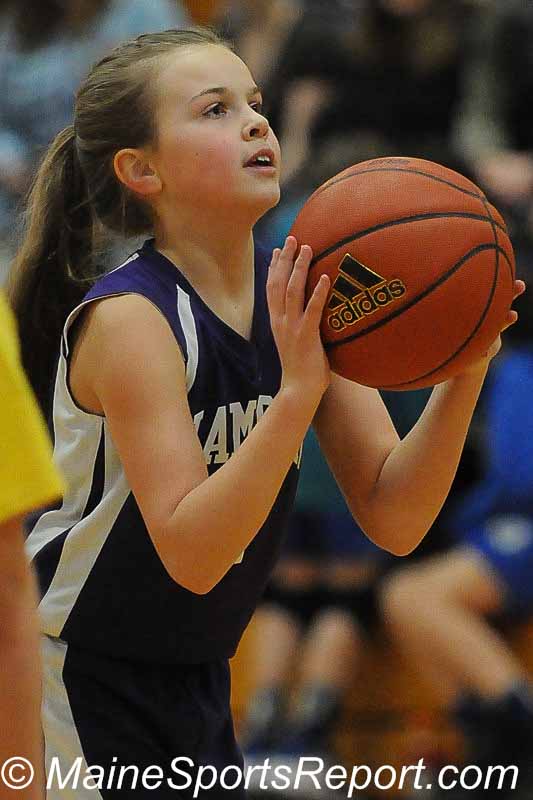 (Photo by Skip Hawkes)
Click Here to view and purchase photos from the Woodland vs Hampden game
In the second pool play game of the day, Hampden was able to steadily increase their lead over Woodland after a close 6-4 first quarter. The Broncos held a 16-10 half time lead, 25-14 after three quarters, and closed out the game with a 12-5 final period for the 37-19 victory,
Samantha Bellerose scored a game high 14 points for Hampden, while Chandler Smith added seven and Makayla Miller scored six.
Brooke Smith led Woodland in scoring with nine points. Hannah Hockenwitz and Amy Cox each scored four points. 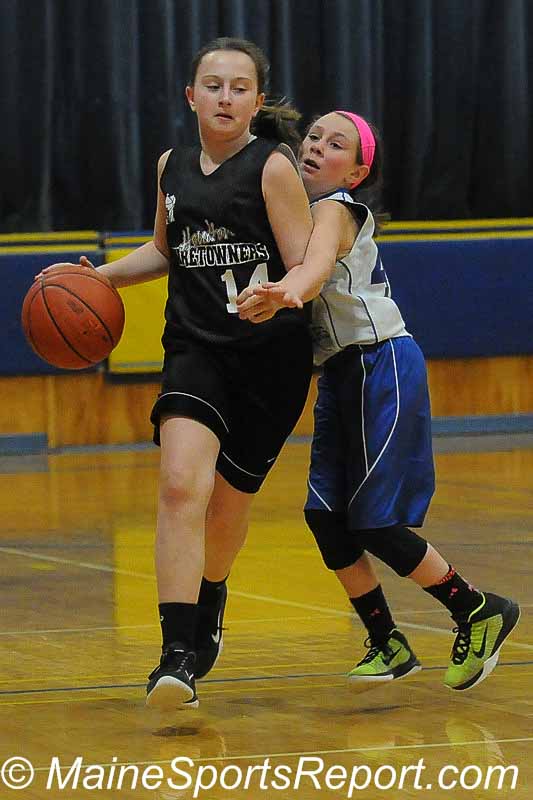 The more talented Houlton girls held Glenburn scoreless for three quarters as they cruised to a 35-6 win over the host team Glenburn. 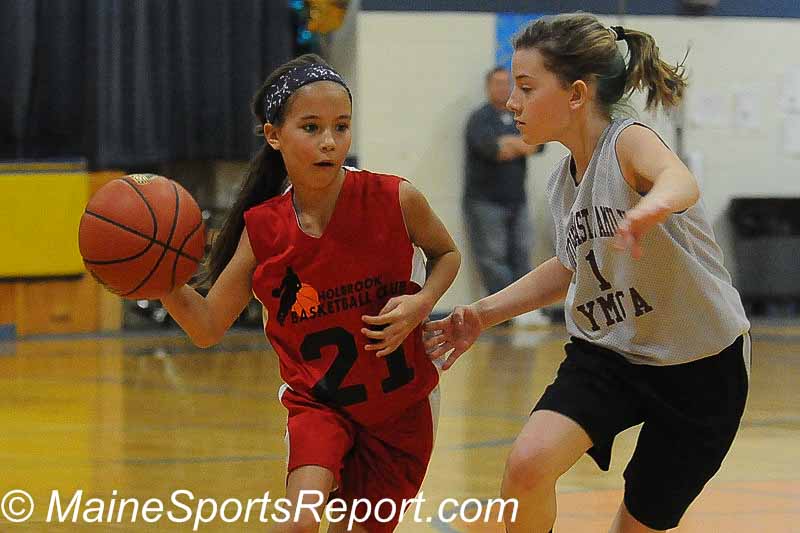 Ellsworth stretched a four point first quarter lead into a 13 point half time lead by holding the Holden girls scoreless in the second quarter. Holden would manage just one point over the second half as Ellsworth cruised to a 36-9 victory.

Scoring for Holden was Makayla Dore with four points, Lauren Votver and Lillian Higgins with two points each, and Olivia Melvin with one point.