In a total team effort, the Lady Hawks had 11 of 12 players score on Tuesday night as they dominated the Orono Red Riots for a 61-26 victory in the home opener at Hermon High School. 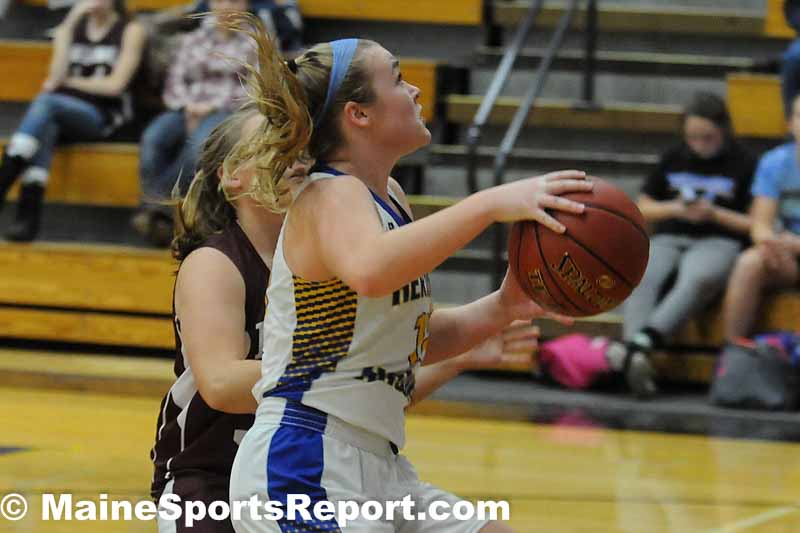 Hermon's Madisyn Curtis looks to the basket as she drives in for a shot. (Photo by Skip Hawkes)

Click Here for the complete photo gallery from this game


Hermon held a 2-1 first quarter lead for most of the first four minutes of the quarter before going on a 12-0 run that closed the period with the Hawks on top 14-1 and they never looked back.

The Hawks out scored Orono 21-12 in the second quarter, highlighted by two 3-point baskets from sophomore Brooke Cowan including one at the buzzer to end the half with a 35-13 lead. 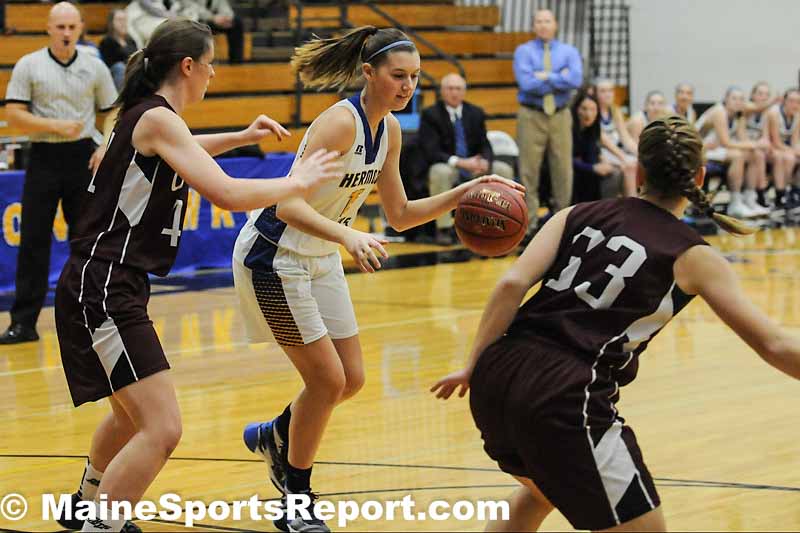 Hermon's Emi Higgins (center) tries to get by two Orono defenders. (Photo by Skip Hawkes)
Hermon officially put the game away in the third quarter with a 16-4 score for a 51-17 lead.
Scoring for Hermon was Lauren Plissey with a game high nine points, Emi Higgins and Caitlynn Tracy with eight points each and both Alex Allain and Madisyn Curtis with seven points. Cowan scored six, Maddie Pullen had five points, Grace Page scored four, and Paige Plissey scored three points. Gabby Chasse and Chloe Raymond each chipped in with two points. 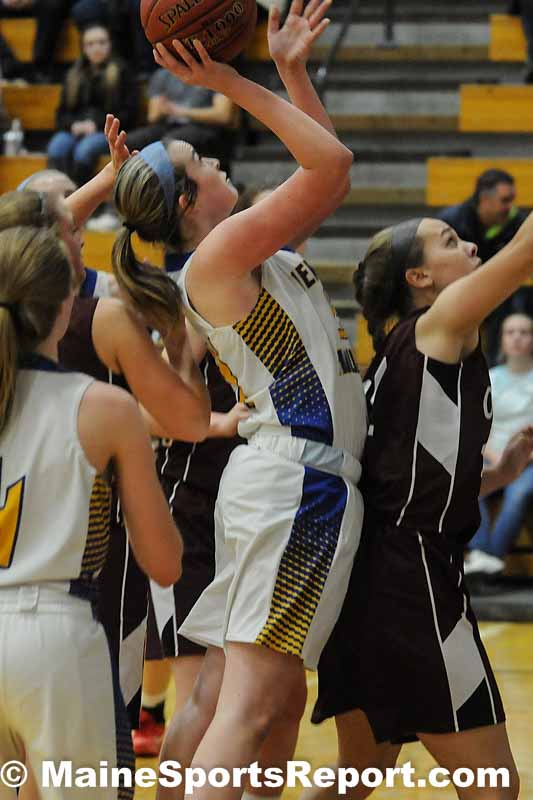 Orono was led in scoring by Hannah Steelman, Isabel Henderson, and Ellie Sockabasin with five points each, while Emily Withan added four points. Kate Richards, Izzy Baker, and Lauren Melanson each scored two points, and Kassidy Dill chipped in with one point. 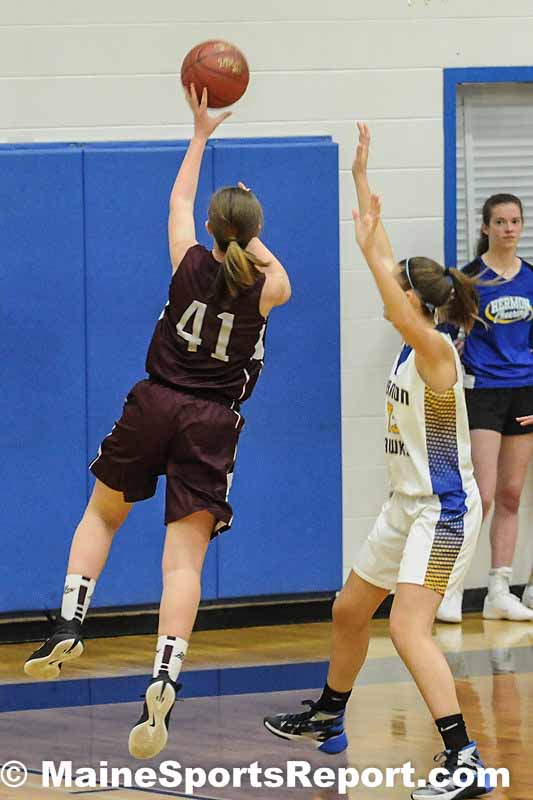 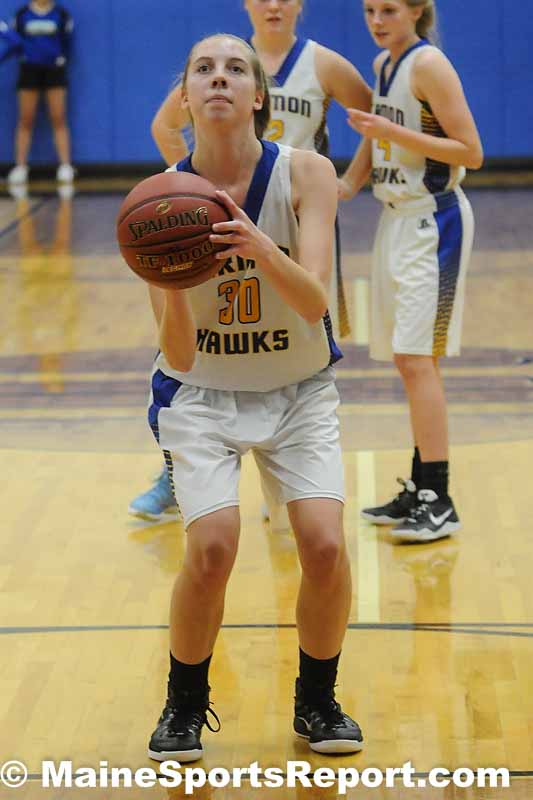 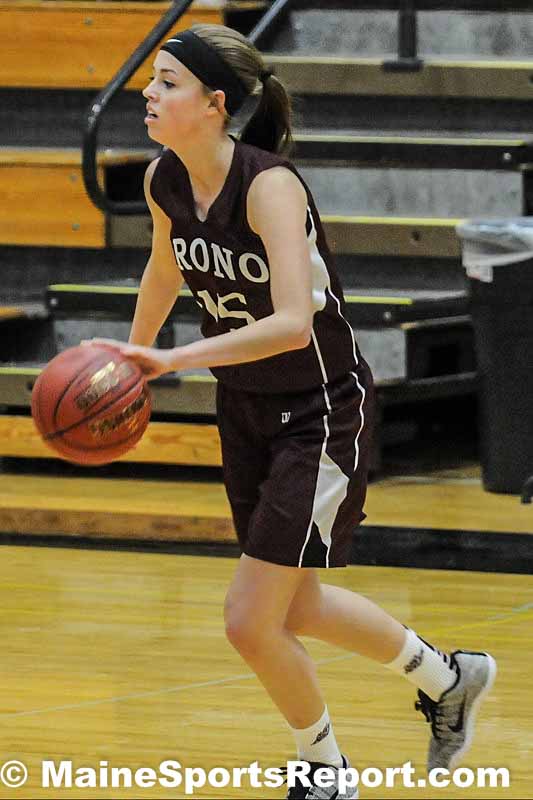 Orono's Kassidy Dill moves the ball up the court. (Photo by Skip Hawkes)