Bangor 7/8A girls cruise past Glenburn in EMBBL match up

GLENBURN - Saturday afternoon at the Glenburn School, Lilly Chandler knocked down 21 points to lead the Bangor Rams to a 56-34 win over the Glenburn Chargers in a 7th-8th grade girls Eastern Maine Basketball League game. 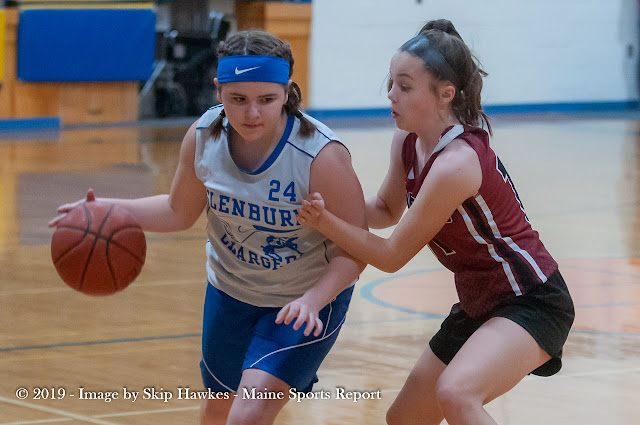 Bangor opened the game with a 7-1 run, and closed out the opening quarter with a 14-9 score. Glenburn was unable to overcome the early deficit, and trailed the Rams by six at half time with a 22-16 score. The Lady Rams nearly doubled up the Chargers in the second half with a 34-18 score. 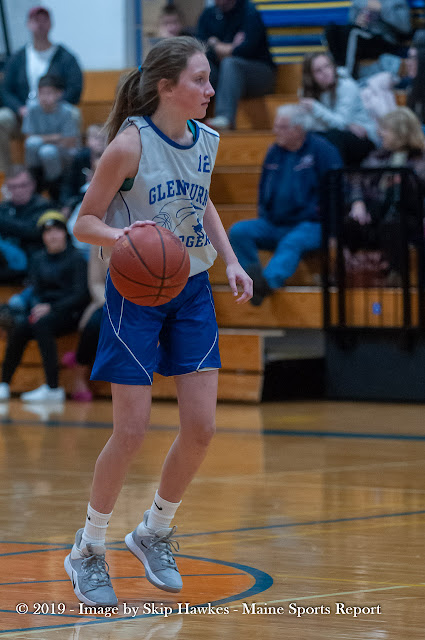 Glenburn's Lucy Wiles brings the ball across mid court during the first half. (Photo by Skip Hawkes)

Joining Chandler in scoring double digits for the Rams was Mimi Quinn with 12 points. Also scoring for Bangor was Azy Gifford with six points, Mallory Tritt with five points, and Jayce Thomas with four points. Callie Tennett and Emily Adams each scored three points, and Jasmine Roy chipped in with two points. 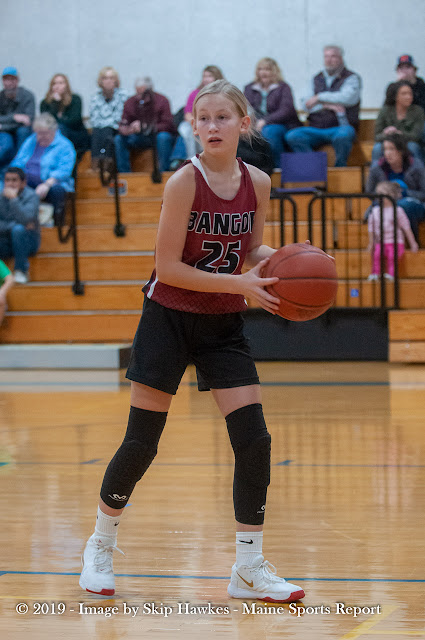 Bangor's Emily Adams looks to the bench while grabbing an in bounds pass. (Photo by Skip Hawkes)

Glenburn was led in scoring by Lucy Wiles with 19 points and Emma Westrich with 10 points. Also scoring for the Chargers was Lauren Hogan and Katie Hews with two points each, and Mariah Sharrow added one point. 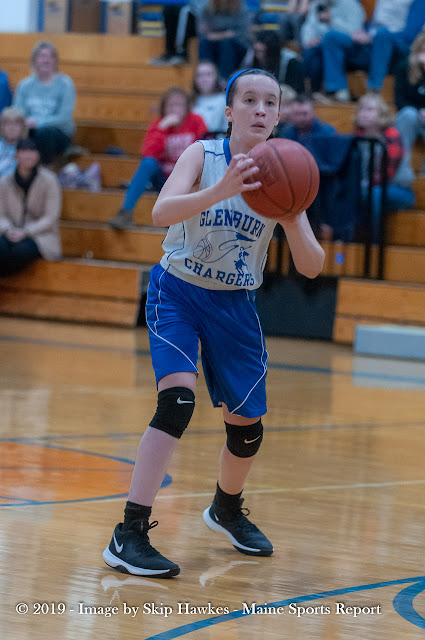 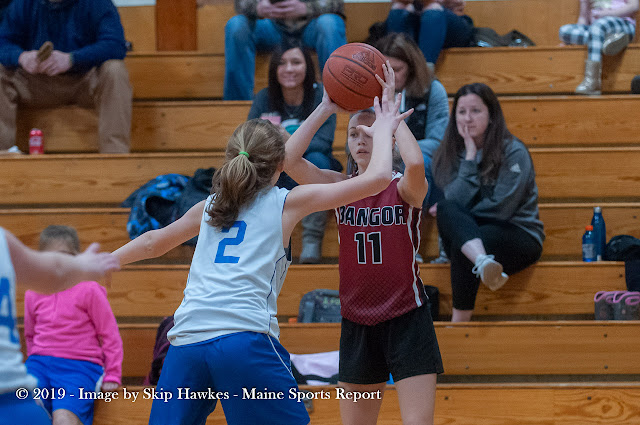 Bangor's Callie Tennett (11) loos to pass the ball while being defended by Glenburn's Emma Westrich. (Photo by Skip Hawkes)