OLD TOWN - Friday afternoon at Old Town High School, Cassidy Marsh scored the games only goal to lead the Foxcroft Ponies to a 1-0 victory over the Coyotes in a field hockey contest. 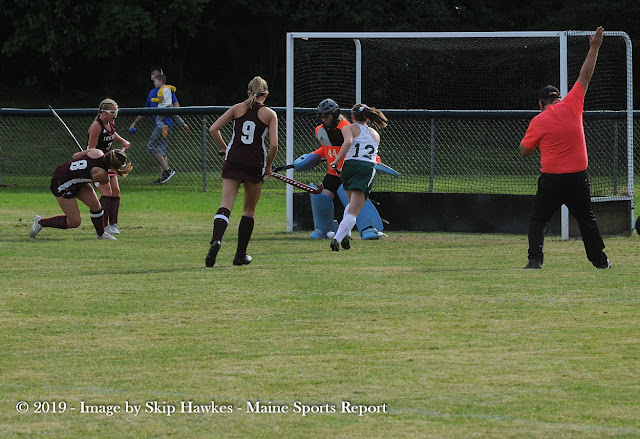 Foxcroft's Cassidy Marsh (8) sends the ball between the legs of Old Town goalie Hannah Sirois (44) for the games only goal during a game at Old Town on Friday. Foxcroft won the game 1-0. (Photo by Skip Hawkes)

Click Here to view the complete photo gallery from this game
Foxcroft needed just four minutes and 41 seconds to take the lead when Marsh sent the ball hard to the box right between the legs of Old Town goalie Hannah Sirois. The shot went from the left side of the box across to the back right corner for the 1-0 Ponies lead with 25:19 left in the opening half. 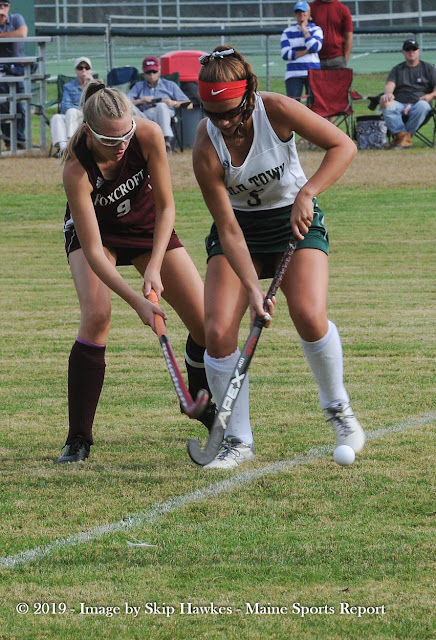 Both teams played with great defense throughout the game, but the Ponies limited Old Town to just one shot for the entire game. 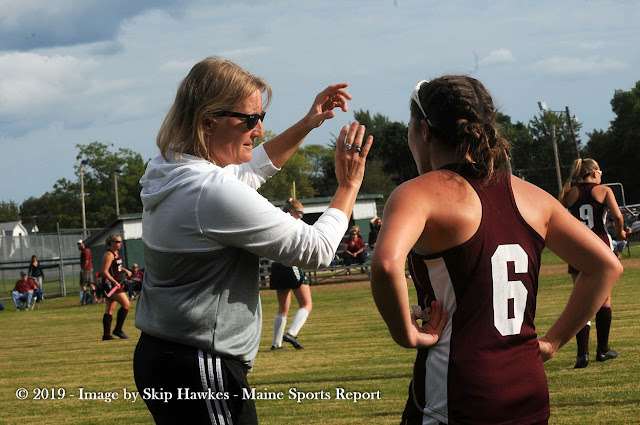 Foxcroft's Abby Moore picked up the shutout win in goal with one one save on one Old Town shot. Coyotes goalie Hannah Sirois had six saves on seven Foxcroft shots. 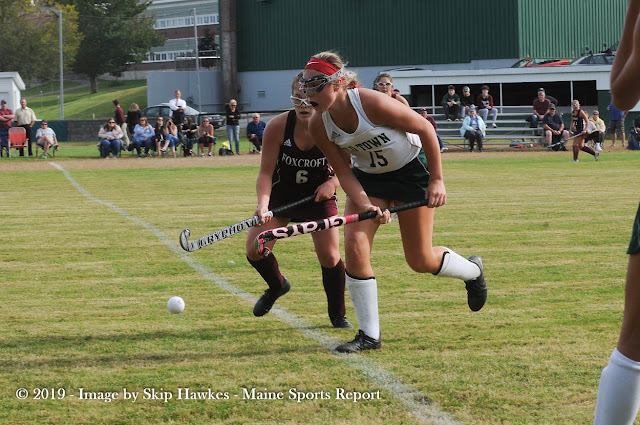 Old Town will play their next game at home against Stearns/Schenck on Monday, September 9 at 4:00 p.m.

Foxcroft will be at home in their next contest on Tuesday, September 10 at 4:00 p.m. against PCHS. 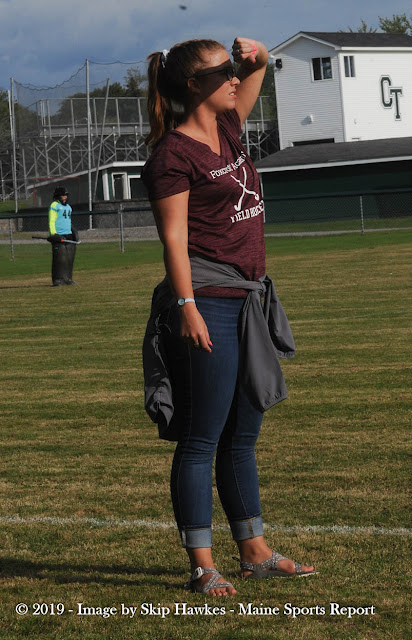