Click here for the full photo gallery from the Girls Race

Click here for the full photo gallery from the Boys Race


The course at Bangor High School consists of two laps around the soccer and practice football field, heading into the woods for two laps through, exiting out the same place they entered, with one more lap around the two fields to the finish line. 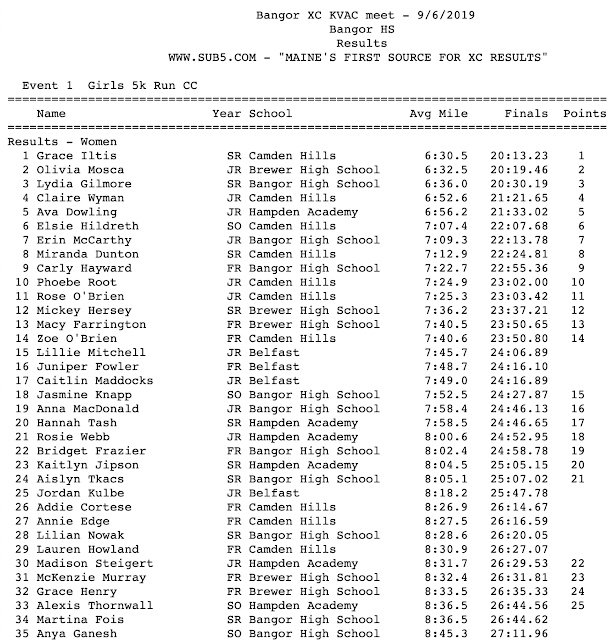 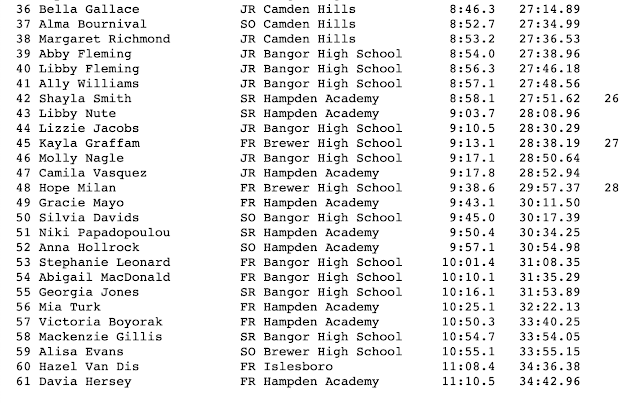 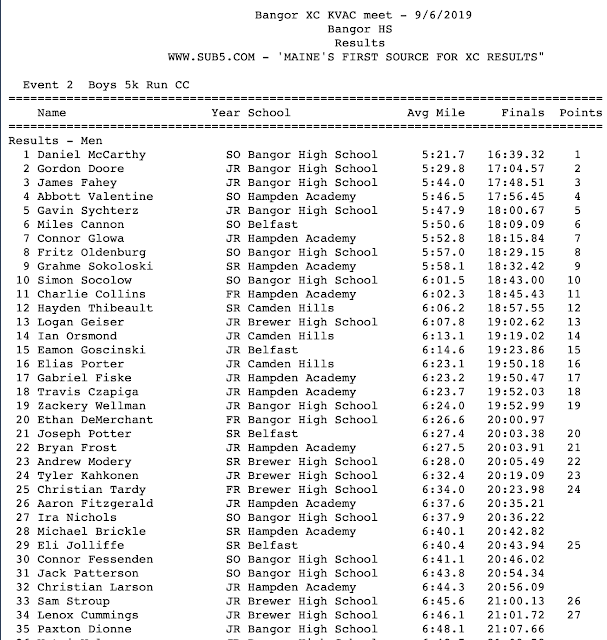 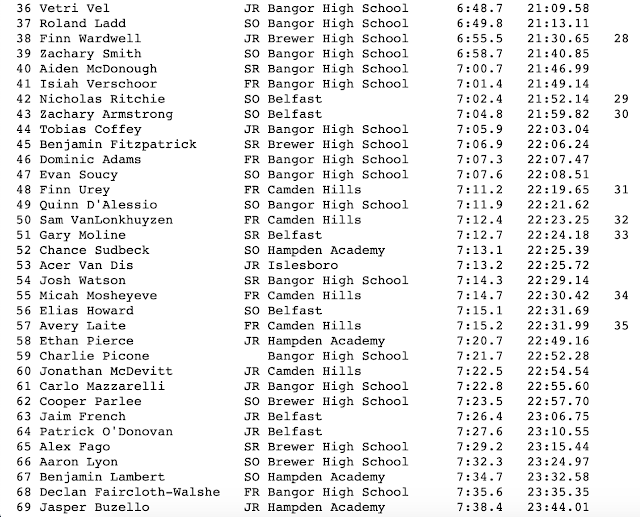 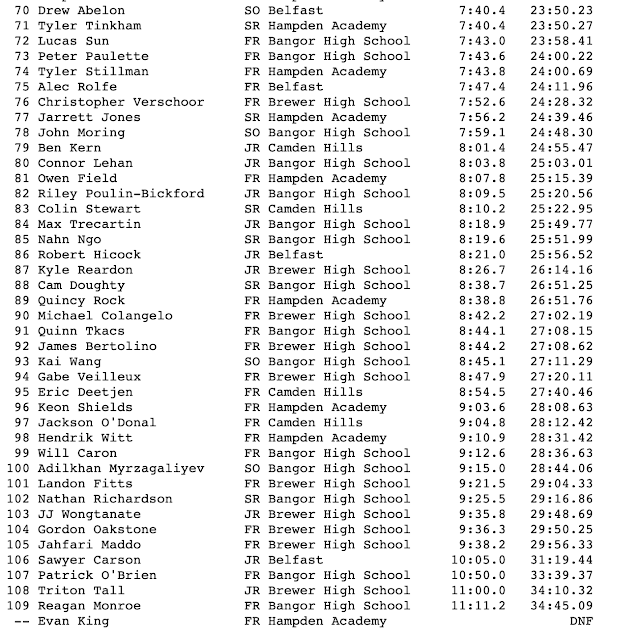