HAMPDEN - Thursday afternoon at Hampden Academy, the Lady Broncos scored six runs in the second inning highlighted by a 210 foot grand slam home run to straight away centerfield from Eliza Murphy and a 2-run double by Sydney Jordan for a 7-2 season opening victory over the Red Eddies of Edward Little High School from Auburn. 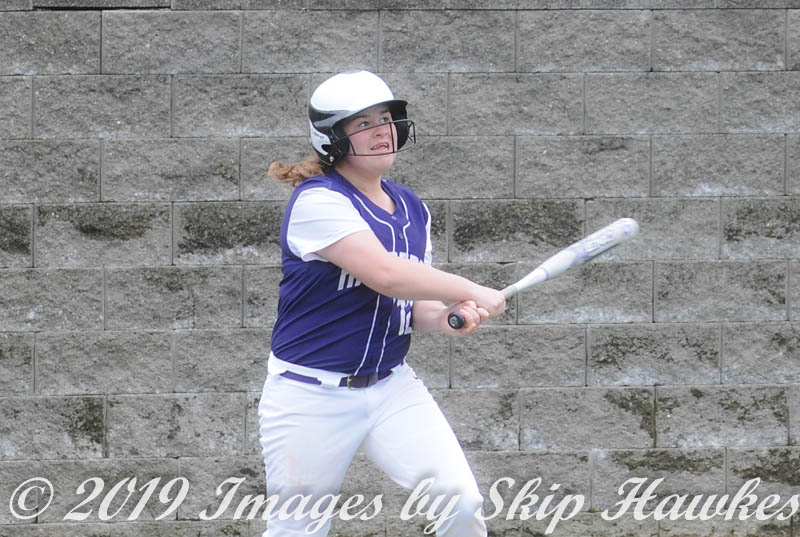 Hampden's Eliza Murphy follows the ball off her bat that went for a grand slam home run in the second inning of a season opening game in Hampden on Thursday. Hampden defeated Edward Little 7-2 in the game. (Photo by Skip Hawkes)

After a scoreless first inning, Hampden promptly loaded the bases in the bottom half of the second inning followed by a 2-run double by Jordan for a 2-0 Bronco lead. One out later, Grace Bennett reached on an infield single to once again load the bases. Murphy stepped to the plate and laced the ball 200 plus feet to center field for the grand slam homer putting the broncos on top 6-0. 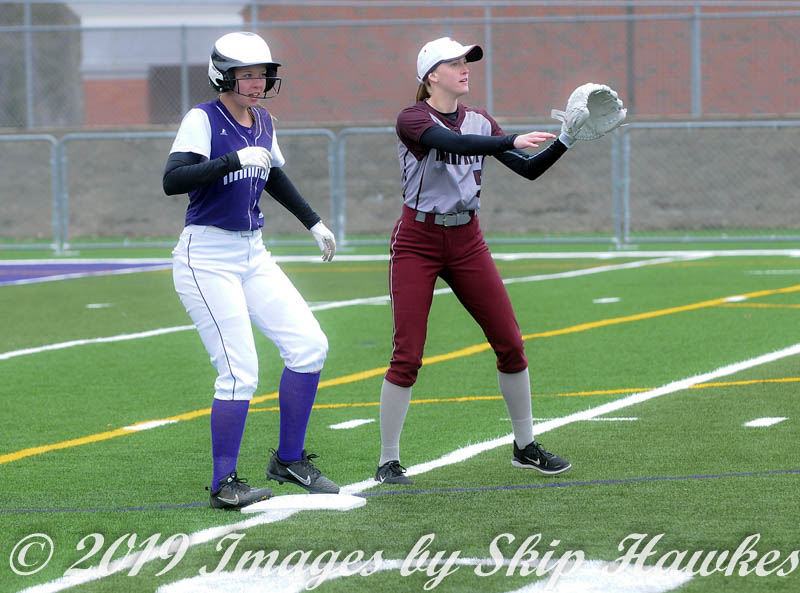 Hampden's Sydney Jordan (left) stands on second base after driving in two runs with a second inning double. (Photo by Skip Hawkes)

The Red Eddies plated their two runs in the top of the third inning on an RBI single by McKenzie Horton and an RBI double by Anna LeBlanc to pull within four runs at 6-2.

Hampden added one more run in the sixth inning when Murphy doubled and scored on an RBI double by Libby Hughes for the 7-2 bronco lead and eventual winning score.

Broncos pitcher Sydney Hatch held the Red Eddies bats in check over the final four innings. Hatch retired the final 12 batters she faced in order over innings 4-7, including five strikeouts. 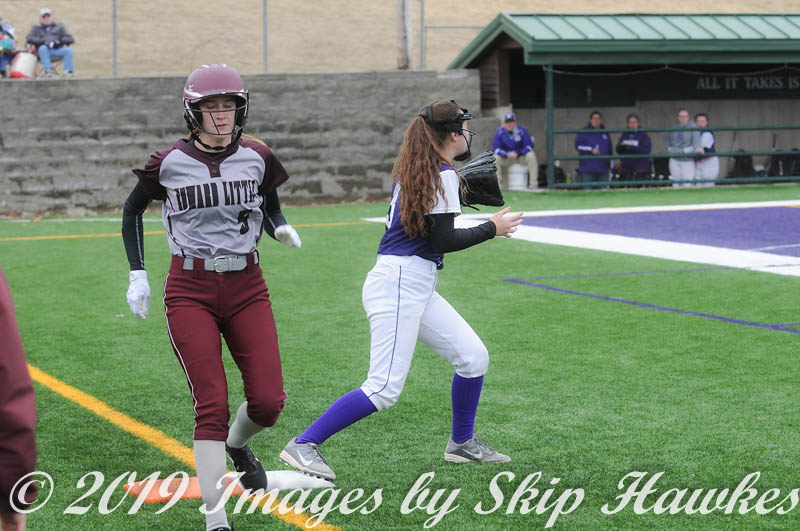 Murphy went 3-3 at the plate with a home run, double, and single with four runs batted in to lead the Broncos. Jordan added two doubles with two RBI's, and Bennett had two base hits. Libby Hughes and Hatch each added a double, and Hughes had an RBI. 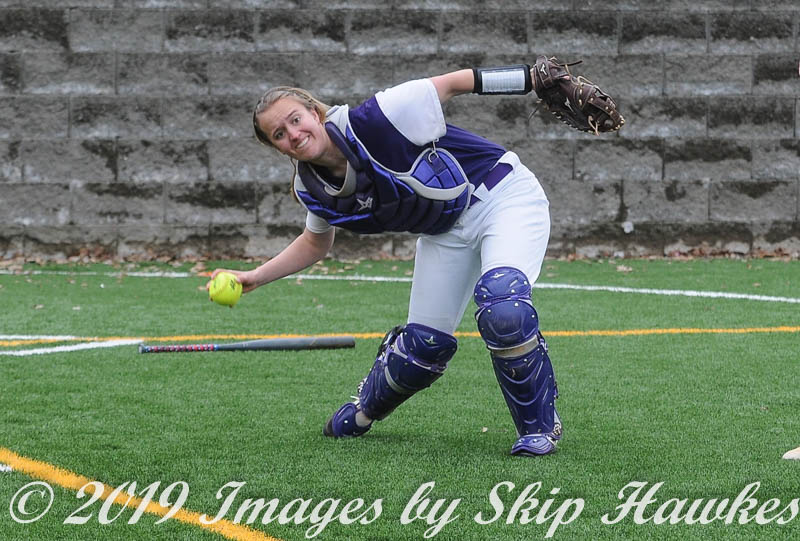 Hampden's Addie Hughes makes a throw to first base to retire a batter in the third inning. (Photo by Skip Hawkes)

LeBlanc had a double and an RBI for Edward Little, and Madison Emmertt added a double. Jordan Cummings, Caroline Hammond, and McKenzie Horton each had a base hit, and Horton had an RBI. 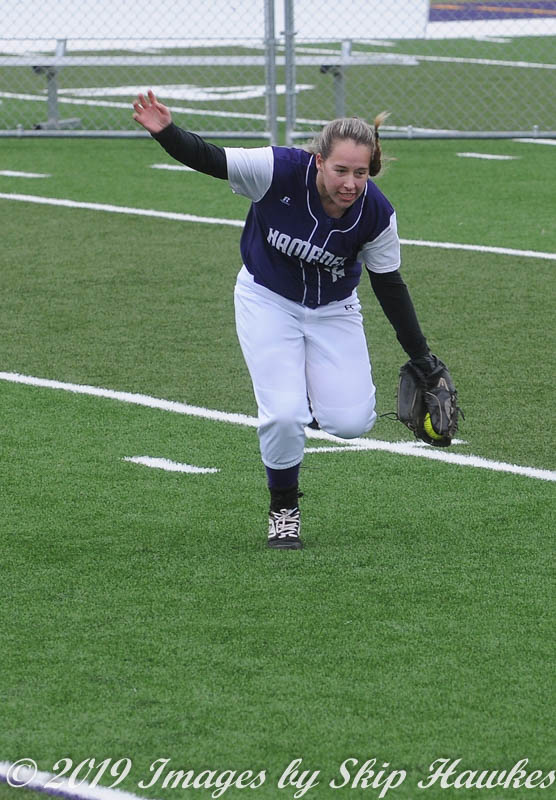 Hatch picked up the win from inside the circle for Hampden working seven innings scattering five hits. She allowed two runs while walking two and striking out nine.