GLENBURN - Sunday afternoon in Glenburn, a well rested Ellsworth team faced a very tired Gardiner 3/4 boys team and cruised to a 69-25 victory in the championship game as all eight members of the Eagles scored in the contest at the Glenburn School. 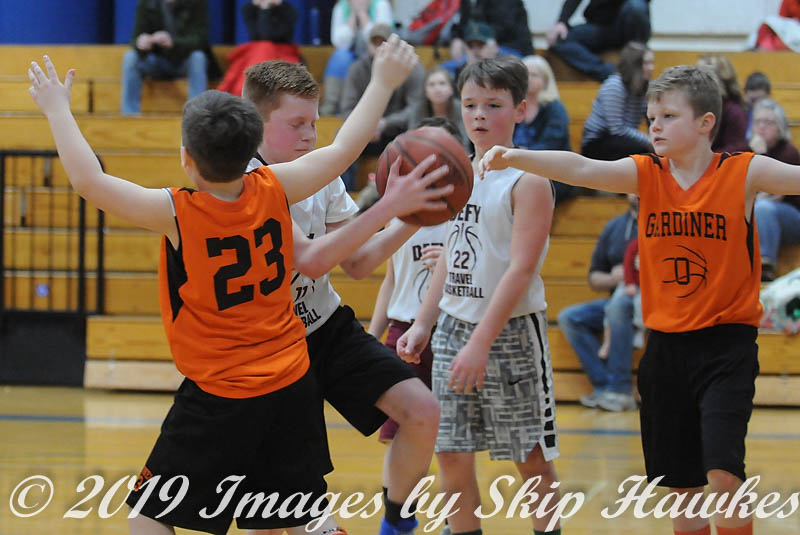 Ellsworth's Porter Merrill (11) pulls in a defensive rebound during the championship game of the Glenburn Rec's 3rd-4th grade boys basketball tournament at the Glenburn School on Sunday. Ellsworth defeated Gardiner 69-25 in the game. (Photo by Skip Hawkes)

Click Here to view all the games photographed during the tournament


The road to the championship game was a long one for the Gardiner Tigers. After losing to Ellsworth in their first game of the tournament, they had to battle back through the losers bracket. Gardiner defeated Hermon 50-32 and moved on to the semifinal game against Brewer. The Tigers sent the Witches home with a 35-17 victory, and had to play in their third straight game with only a 10 minute rest before taking on a well rested and undefeated Ellsworth team in the championship. 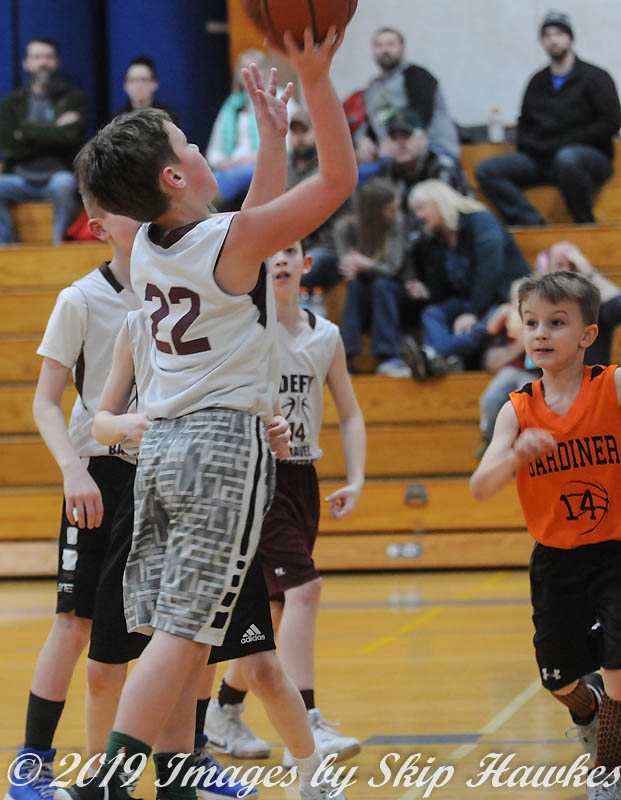 Ellsworth's Joey Beal (22) puts up a shot during the second half of the game. (Photo by Skip Hawkes) 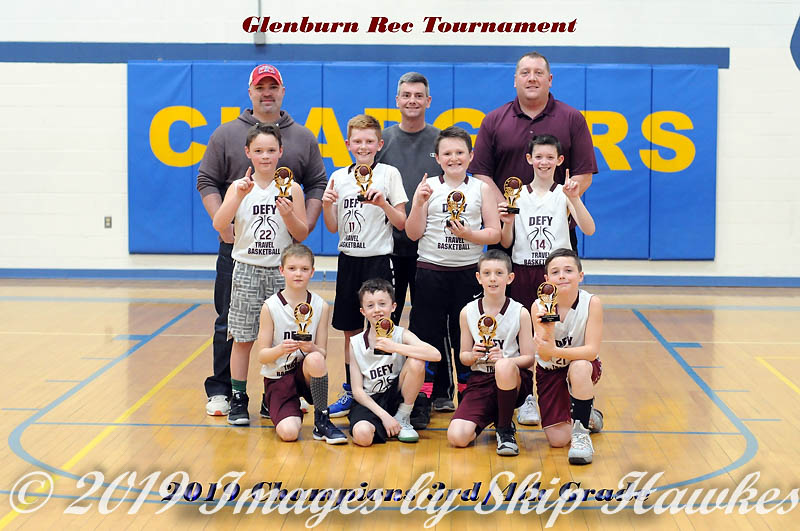 The Ellsworth team posed for photos following their victory over Gardiner in the championship game. (Photo by Skip Hawkes)

Porter Mrrill scored a game high 23 points to lead Ellsworth to the win. Also scoring in double digits for the Eagles were Colby Eaton (12), Evan Haskell (12), and Joey Beal (10). Other team members scoring was Ryder Fenton with four points, Calvin Carter and Tim McAlpine with three points each, and Cooper Miles with two points. Ellsworth went 9-for-15 (60 percent) from the charity stripe. 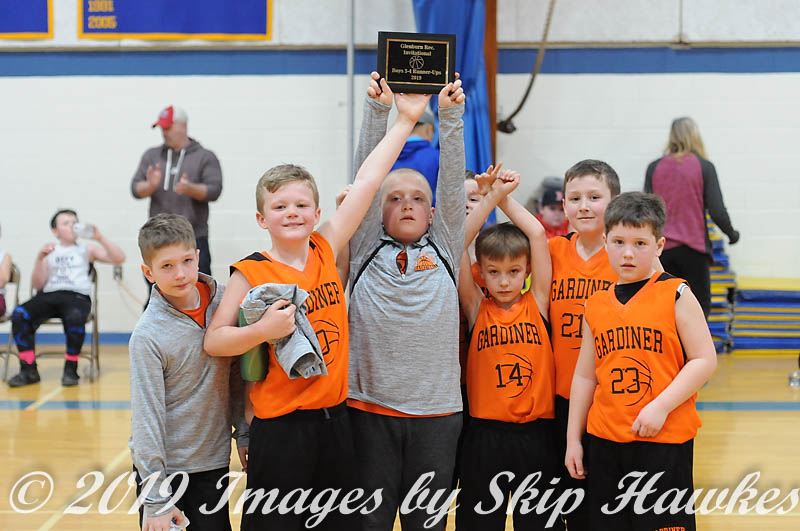 Members of the Gardiner team pose for a photo as they display their tournament Runners Up award. (Photo by Skip Hawkes)

Trace Moody scored 12 points and Isaac Marquis added 11 points to pace Gardiner in scoring. Daniel Jamison chipped in with two points. Gardiner had one 3-point basket by Moody, and they went 2-for-12 (16.67 percent) from the free throw line. 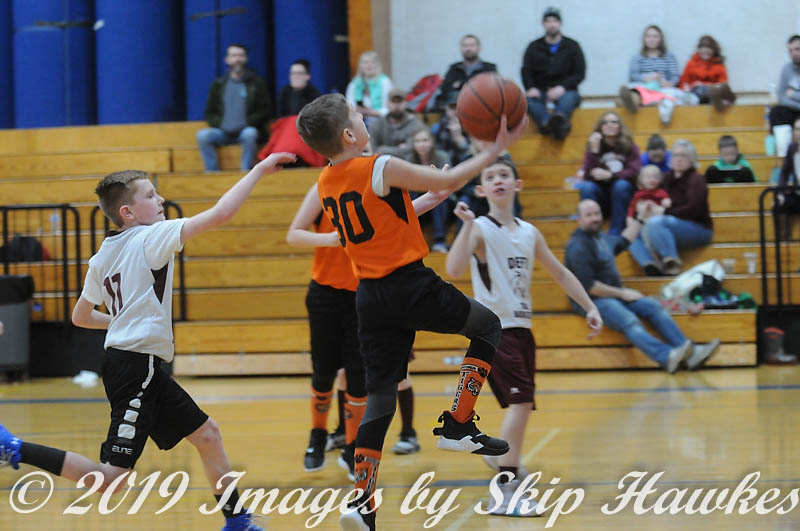 Gardiner's Trace Moody (30) goes up for a shot during the first half. (Photo by Skip Hawkes)