HAMPDEN - Hampden Academy's Bailey Donovan scored in double digits for the game, and led the Lady Broncos to a 50-37 victory over the Messalonskee Eagles in a girls basketball mutual season opener at The Stable on Saturday afternoon. 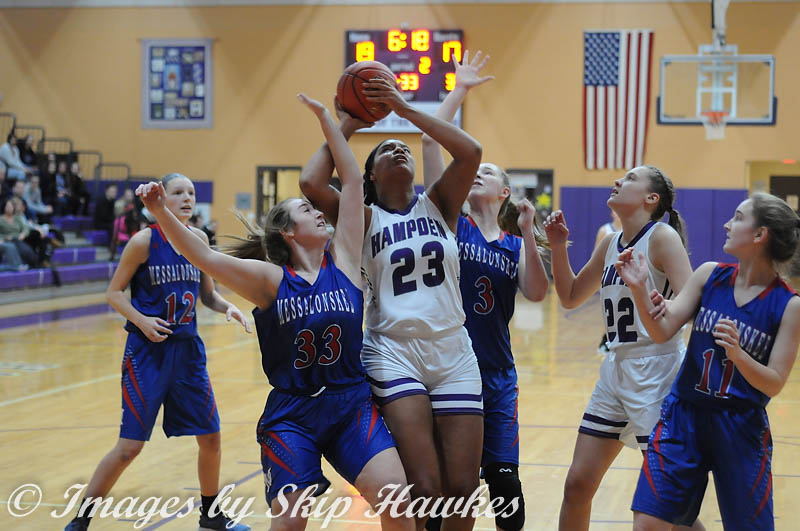 Hampden Academy's Bailey Donovan (23) puts up a shot while being defended by Messalonskee's Gabrielle Werner (3) and Brooke Martin (33) during the second quarter of a game in Hampden on Saturday. (Photo by Skip Hawkes)

The Broncos allowed Messalonskee to stay in the game through the entire first three quarters. They led 15-14 at the end of the first period, and 25-23 at half time. Hampden out scored the Eagles 13-10 in the third period to take a 38-33 lead into the final eight minutes. 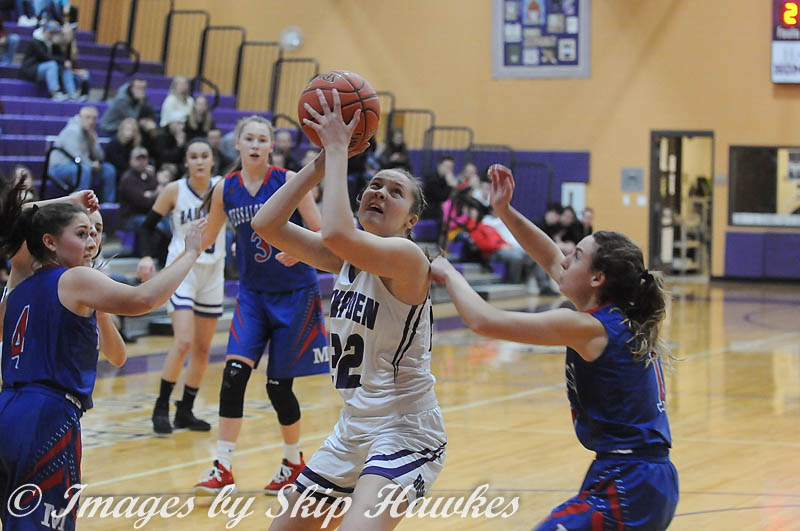 Hampden's Megan Deans (center) looks to the hoop before putting up a shot during the first half. (Photo by Skip Hawkes)

Hampden began pulling away from Messalonskee in the final period with an early 4-0 run to lead 42-33 with 6:10 left in the game. The Broncos extended their score by improving to an 8-0 run for a 46-33 lead with 3:20 to play. They would close out the period with a 12-4 score for the 13 point victory. Donovan scored six points in the final quarter, and the team went a perfect 6-for-6 from the foul line. 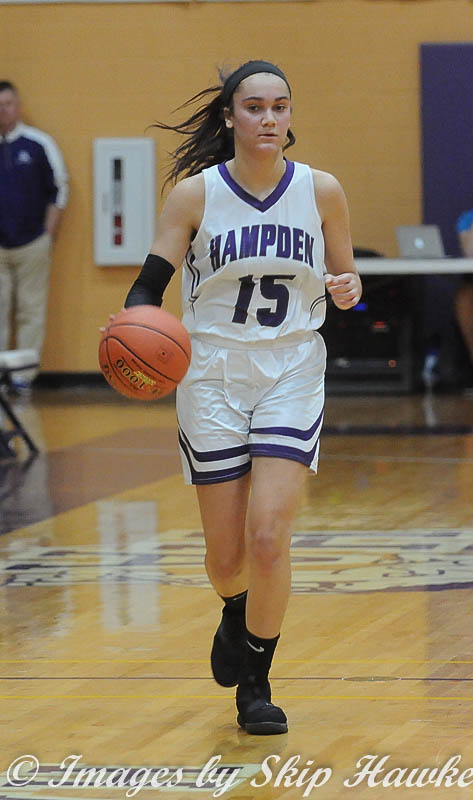 Hampden's Alydia Brillant brings the ball up the floor during the second half. (Photo by Skip Hawkes)

Hampden had three 3-point baskets, one each from Brillant, Hodgdon, and Bouchard, and they went  13-for-18 from the charity stripe. 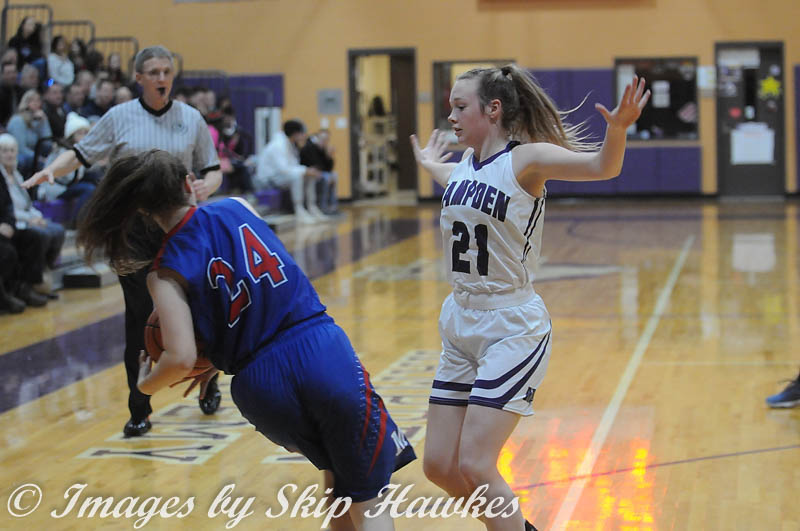 The Lady Eagles had five 3-point baskets, four by Parent and one by Ga. Werner, and they went 12-for-17 from the free throw line.