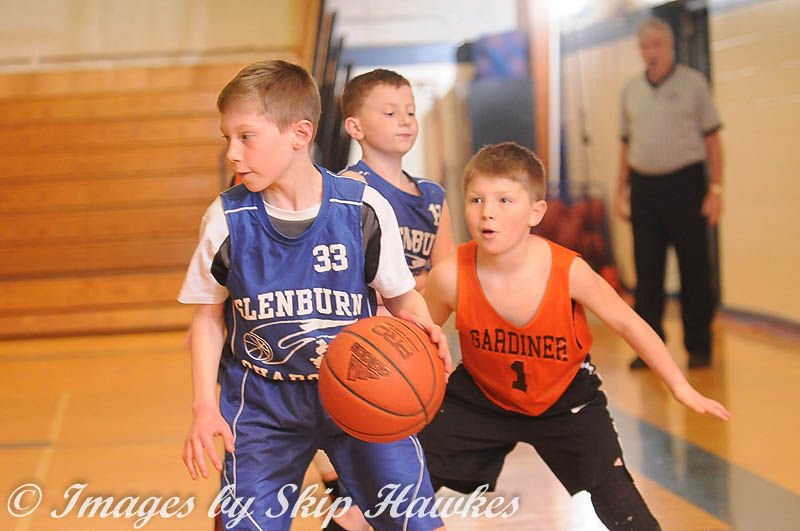 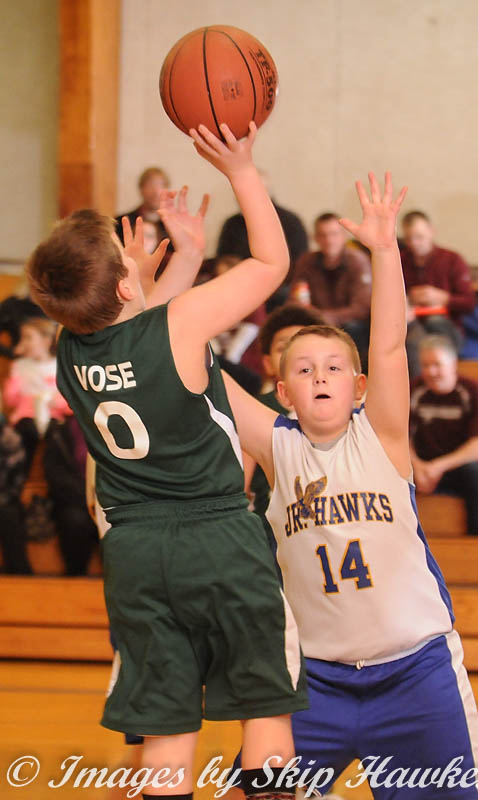 In game two on the day, after a 10-6 first quarter Caribou stretched their lead over Bangor to 22-9 at half time off a 12-3 second quarter. The Vikings continued to dominate Bangor with a 14-8 second half for the 36-17 victory. 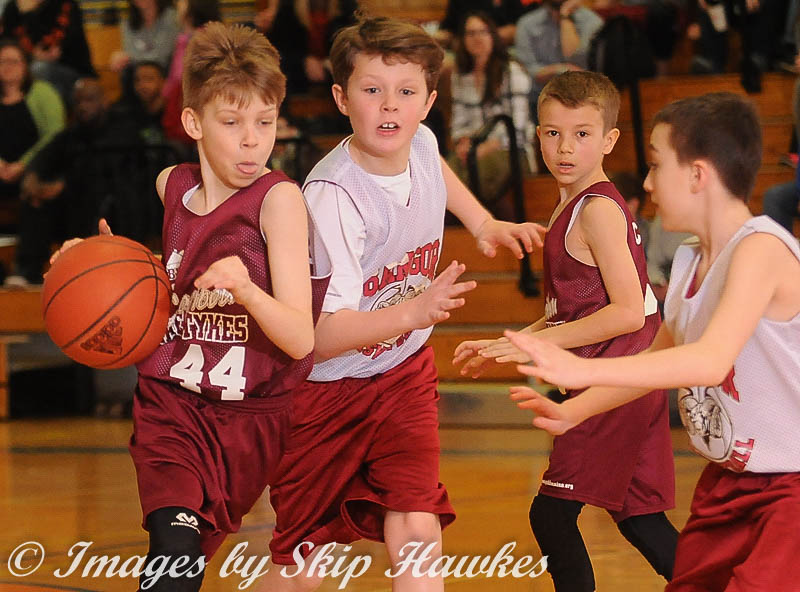 Caribou's Landen Belanger (44) looks to drive the ball to the basket. (Photo by Skip Hawkes) 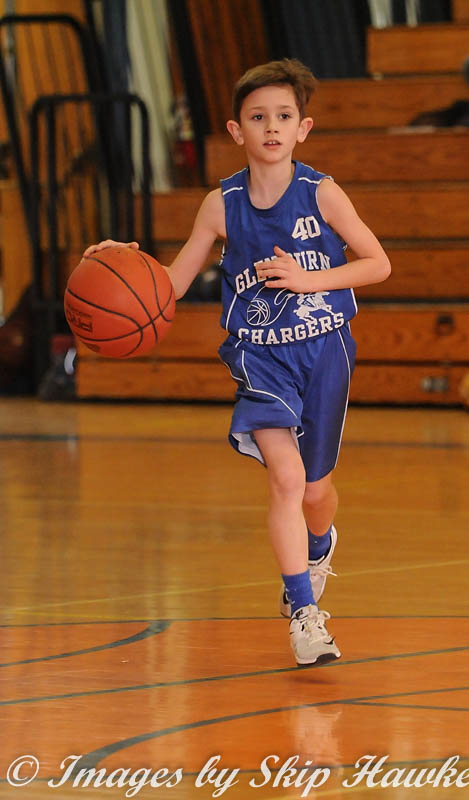 In the first game of the afternoon, Newport opened with a 12-2 first quarter lead and led 21-7 at half time. Hermon Blue was unable to overcome the half time deficit despite out scoring Newport 16-9 over the second half. 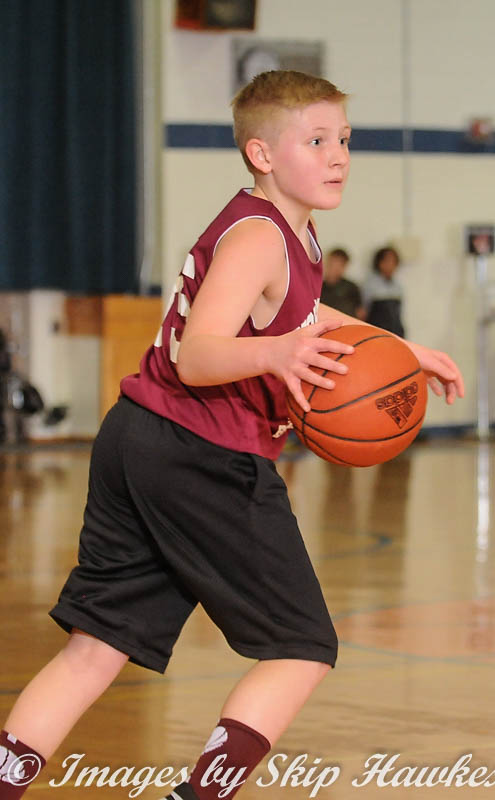 Newport's Seth Bowden looks to set up a play. (Photo by Skip Hawkes)