Winslow girls roll over John Bapst and into regional final


BANGOR, Me- Haley Ward scored 20 points to lead the Winslow Black Raiders over the John Bapst Crusaders 39-26 in a regional girls semifinal Class B game played Wednesday afternoon at the Cross Insurance Center. 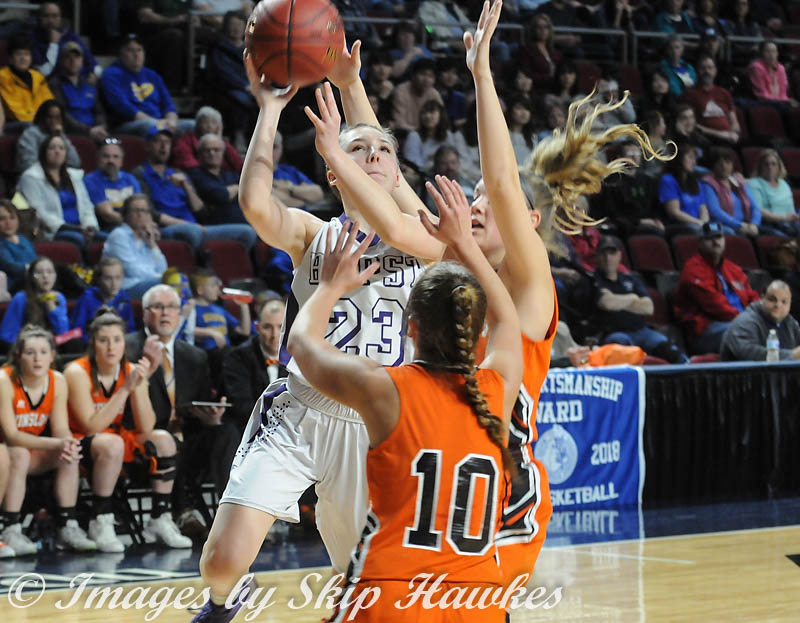 John Bapst's Abbey Legasse (23) Goes up for a shot in front of two Winslow defenders during the Class B North semifinal game at the Cross Insurance Center on Wednesday afternoon.  Winslow won the game 39-26. (Photo by Skip Hawkes)
Click Here to view the complete photo gallery from the game 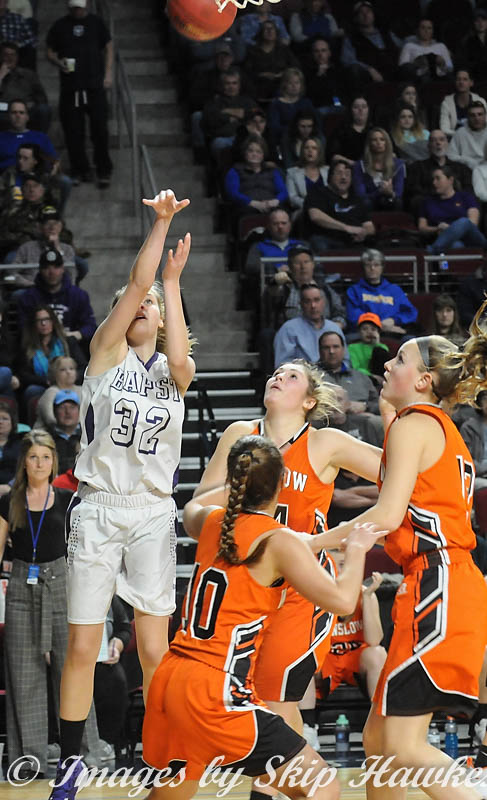 John Bapst finally did connect from the floor more than midway through the third quarter, but at that point trailed 30-13. Winslow had made a 19-1 run to take a 19 point advantage. 13 is the closest John Bapst would get in the final quarter, as that was the final margin of victory for sixth seeded Winslow who is now 16-5, and will face either Presque Isle or Hermon in Saturday afternoons regional title game. 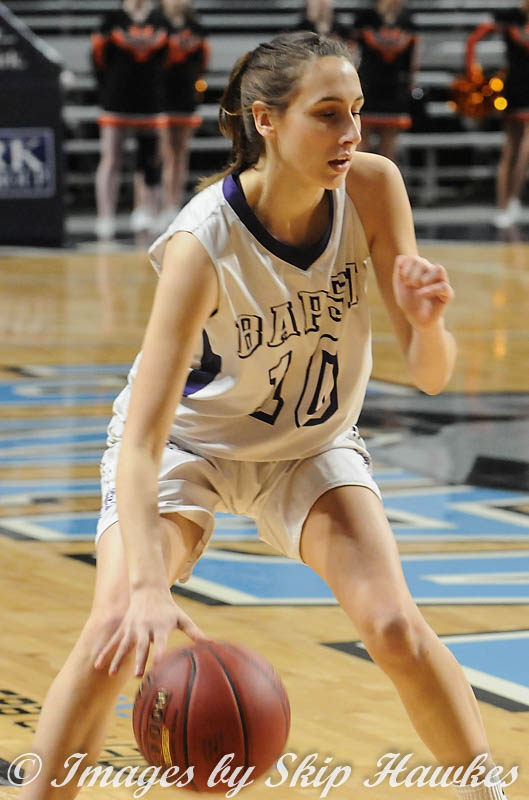 Jogn Bapst's Gracie Philippon looks to take the ball to the basket. (Photo by Skip Hawkes)

For John Bapst, who ends their season at 15-5, Grace Philippon led the way with 10 points. Tia Zephir added five, while Lagasse and Crystal Bell had four points a piece.