GLENBURN - Sunday afternoon at the Glenburn School, Sadi Tardif sparked the Presque Isle Wildcats to a come from behind 17-15 victory over the Gardiner Tigers to claim the Glenburn Rec Invitational 3rd/4th grade girls basketball tournament championship. 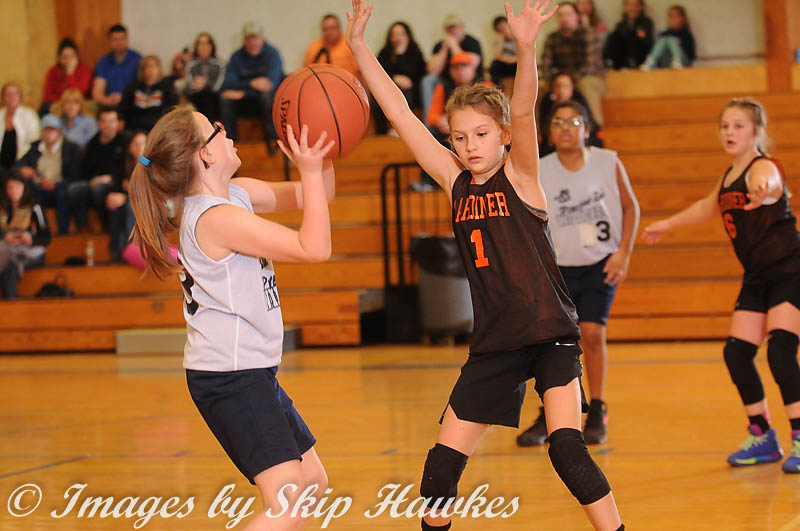 
The opening quarter of the championship game had just two points scored. Gardiner scored the lone basket with 1:50 remaining to take a 2-0 lead. Presque Isle bounced back in the second period out scoring the Tigers 8-5 to take an 8-7 lead into half time. 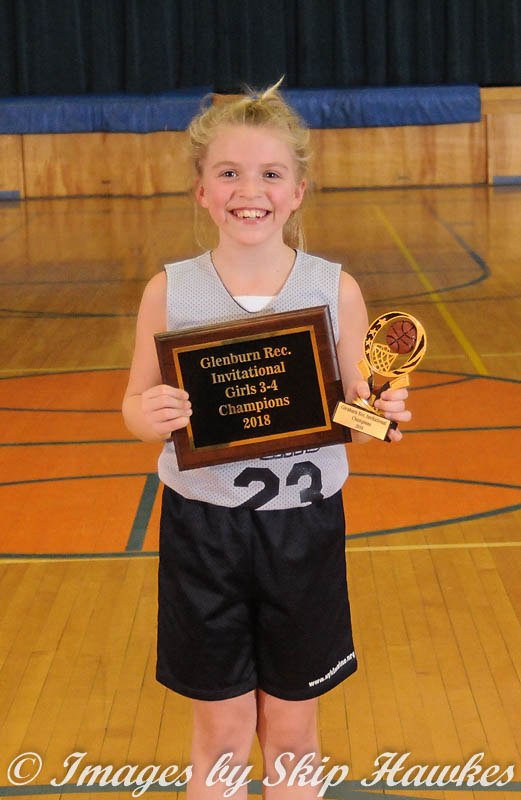 Sadi Tardif poses for a photo after leading Presque Isle to victory in the 3/4 girls tournament championship game in Glenburn. (Photo by Skip Hawkes)

In another low scoring period, Gardiner topped the Wildcats 2-1 to make the score even at 9-9 heading into the final period.

After Gardiner had pulled away to a four point lead (15-11) on two free throws by Brynnlea Chaisson, Presque Isle started their comeback. Tardif knocked down two free throws to tie the game at 15-15 with 1.6 seconds left in regulation. Tardif then interecpted the Gardiner inbound pass from near the laft wing and tossed the ball up and through the hoop at the buzzer to give the Wildcats the championship. 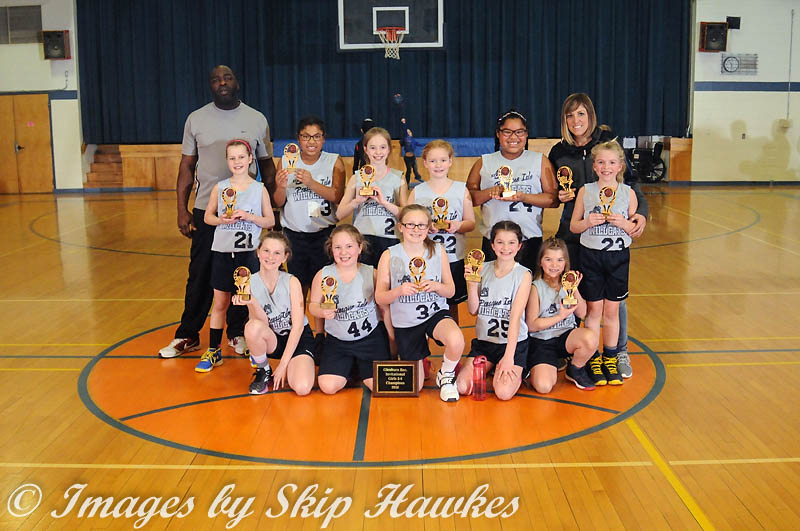 Tardif had seven fourth quarter points to lead the Wildcats. Jan Curtis added six points, and both Charlie Cassavant and Maddy Oakes scored two points. Tardif, who had not scored all game, had all of her points in the final period. She went 3-for-4 from the foul line with two field goals.

In the first elimination semifinal game, Gardiner overcame a 16-9 third quarter deficit out scoring Presque Isle 12-3 in the final quarter for a 21-19 upset win. 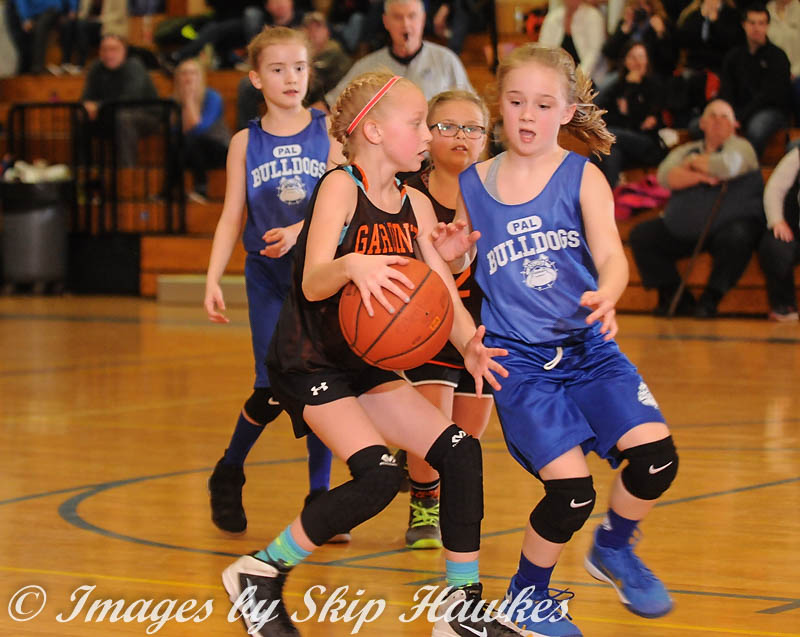 Gardiner's Brynnlea Chaisson (with ball) looks to drive past a Lawrence defender during a 3/4 girls tournament semifinal game. (Photo by Skip Hawkes)

In the second semifinal game, both teams struggled to scoreas Presque Isle knocked off Hermon 10-7 for the win to advance to the championship game. 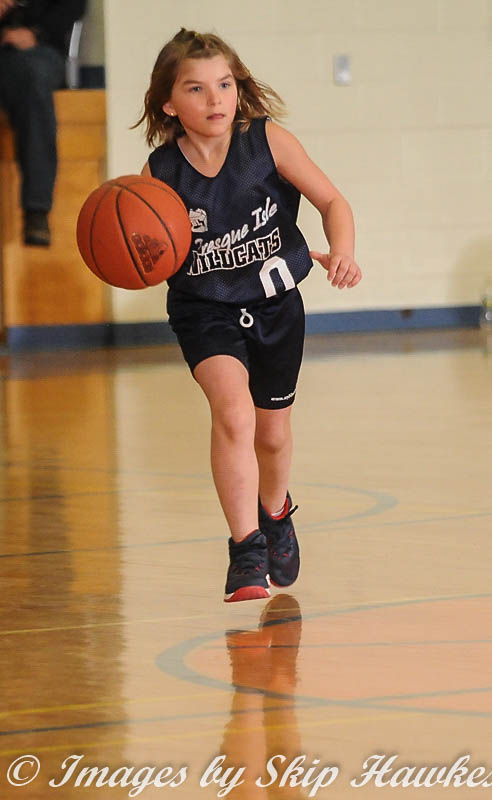