HERMON - Tuesday night at the Hawks Nest on the campus of Hermon High School, the Old Town Coyotes got 34 points from Chris Colson and managed to hold off Hermon in double overtime for a 71-69 unified basketball victory. 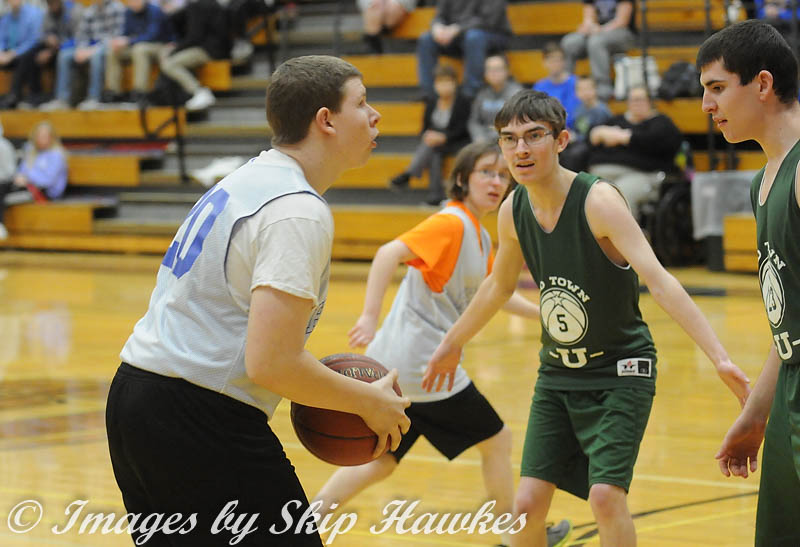 Old Town took a 32-30 first half lead, and held an eight point lead at 58-50 with six minutes left in the game. Hermon battled back and knotted the game at 62-62. The game wound up going into overtime, where the two teams finished tied once again at 69-69 forcing a second overtime. Old Town managed  to keep the Hawks out of the hoop and held on for the 71-69 win. 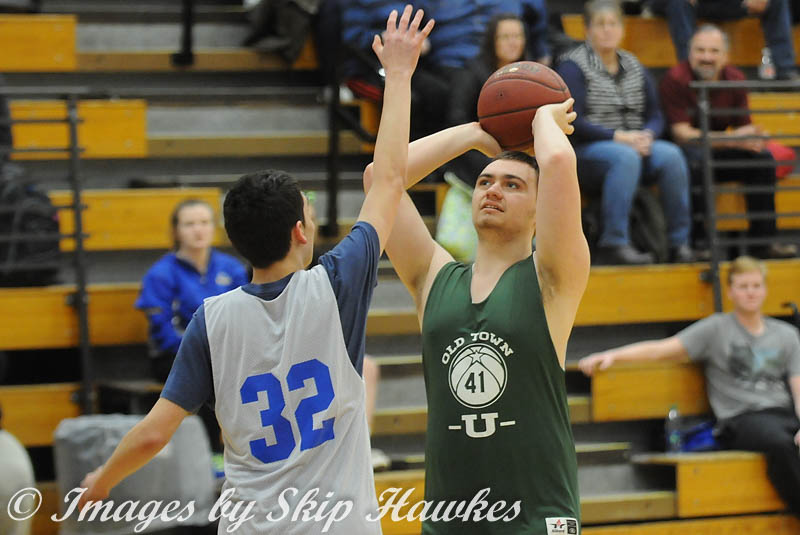 Joining Colson (34) in leading the Coyotes in scoring was Brandon Lefrancois with 20 points and Jonny Pierson with 11 points.

Hermon was topped in scoring by Kristen Meek and Liz Mayhew with 12 points each, and Daniel Bragg with 11 points. 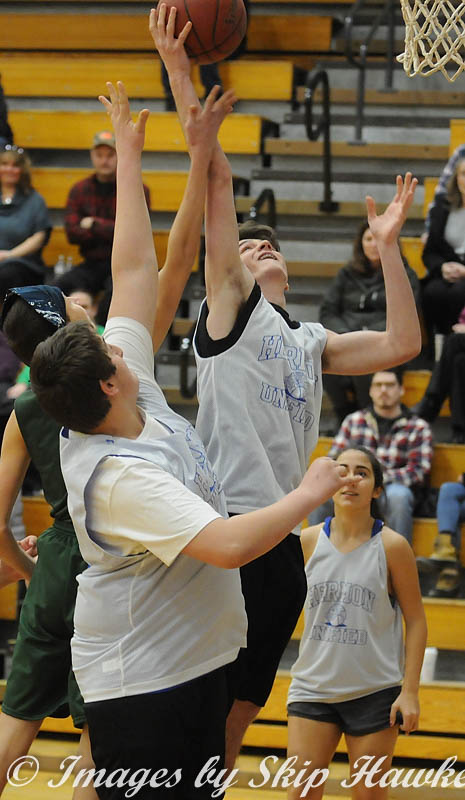 Hermon's Wyatt Dunton get a hand on the ball to grab a rebound. (Photo by Skip Hawkes) 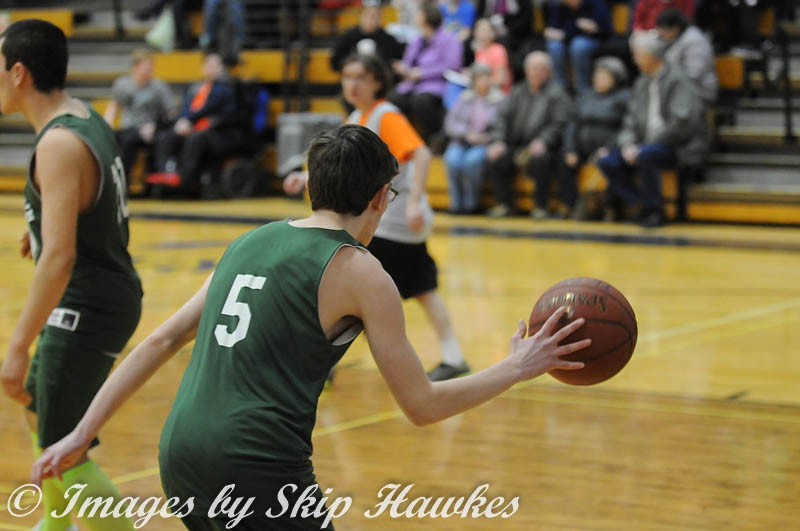 Old Town's Jonny Pierson clears out the ball during the first half. (Photo by Skip Hawkes) 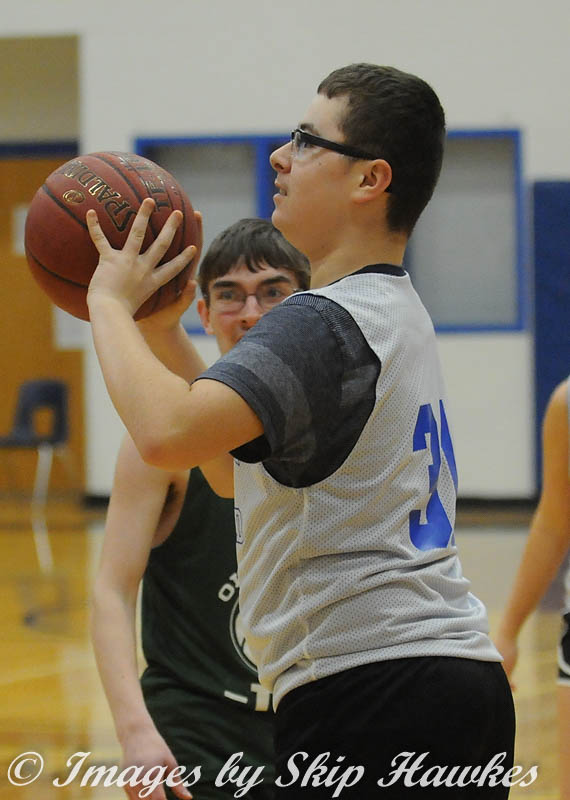 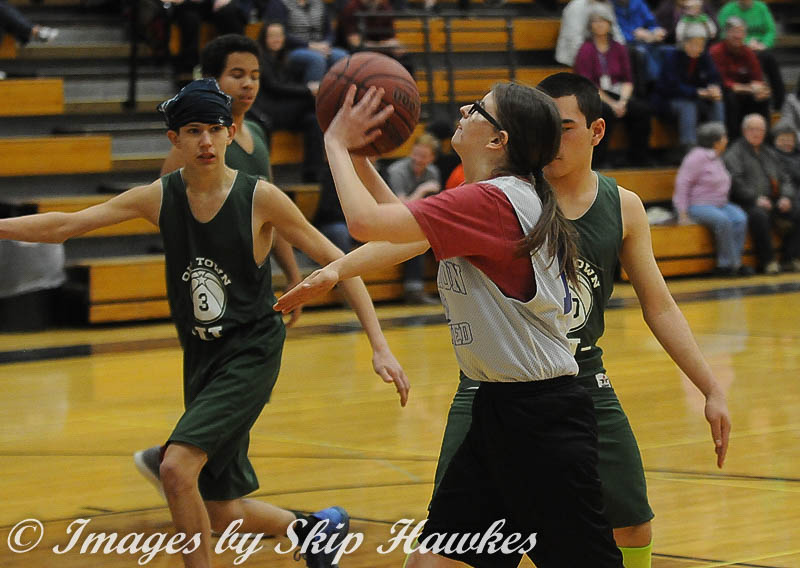 Hermon's Aspen Somers sets to put up a shot. (Photo by Skip Hawkes)